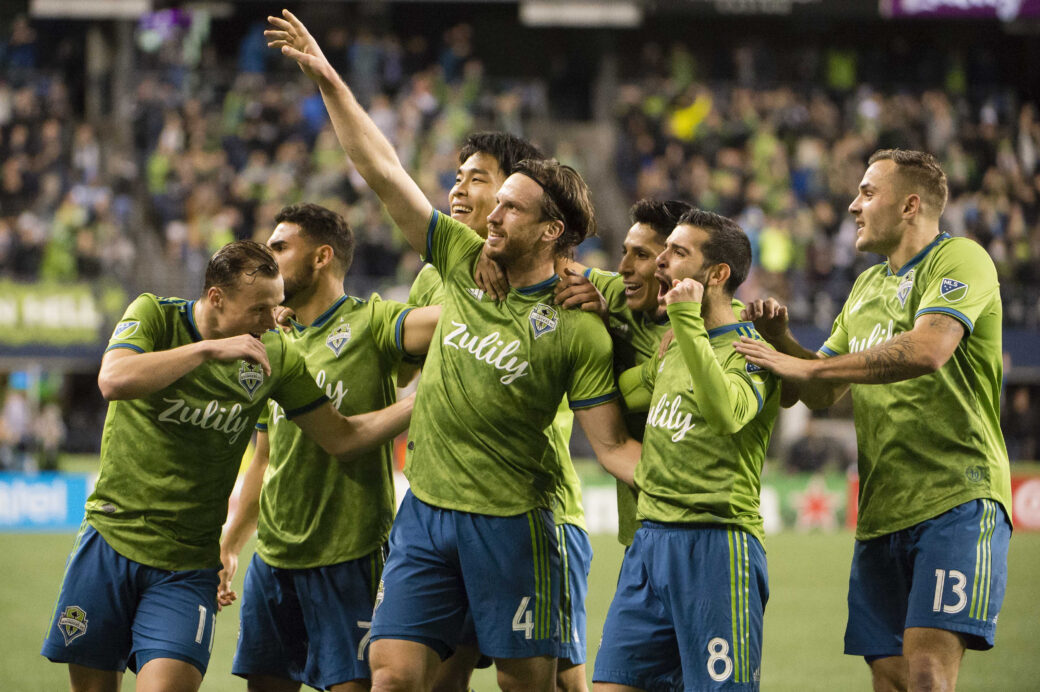 SEATTLE — What a long, strange trip it’s been.

Prior to the playoffs, the Seattle Sounders hadn’t looked much like a title favorite since a 3-0 start to the season. And even that winning streak — now more than seven months stale — featured home matches against FC Cincinnati and the Colorado Rapids, two teams in such disarray that their head coaches would be fired nine and 11 matches into the season. The third win came against a Chicago Fire team that ended up missing the playoffs for the eighth time in 10 years. To put it bluntly, the Sounders piled up early points against creampuffs.

Nor did the 2019 Sounders ever post a signature victory, the kind of emphatic, dominant win over a marquee opponent that made the rest of the league stand up and take notice. A mid-July home win over Atlanta United was certainly nice, and seemed like it might jumpstart another of the Sounders’ patented second-half runs. Instead, they posted a 1-3-2 record over the ensuing six matches.

There were injuries, to be sure. And at times the Sounders were missing as many as 10 players to international duty, a credit to the caliber of roster built by general manager Garth Lagerwey. Chad Marshall, arguably the best center back in league history, was forced to retire with a degenerative knee condition. Fellow center back Roman Torres was hit with a 10-match suspension for violating the league’s substance abuse policy. Creative midfielder Victor Rodriguez, so vital to the Sounders’ attack, struggled to stay fit and healthy. There are excuses galore, if you want them. Reasons, even.

But in the end, you are what your record says you are, and after a 5-0-1 start to the campaign the Sounders posted a middling 11-10-7 record over the remainder of the year. They leaked 49 goals, more than they allowed since 2014, a season they finished with a +15 goal differential.

In 2019 they finished with a +3 goal differential.

And yet, here they are again, in the Western Conference final for the third time in four seasons. They finished the season 5-2-1 and in second place in the Western Conference. They knocked off FC Dallas 4-3 in the first round of the playoffs before besting Real Salt Lake 2-0 in the conference semifinal on Wednesday night. They are in the playoffs for an MLS-record 11th straight season, and have won 11 straight home playoff matches, a streak dating back to a 2013 loss to the Portland Timbers. They are one win away from returning to MLS Cup for the third time in four seasons.

“We’ve struggled a lot this season,” Gustav Svensson said after Wednesday’s match. “We struggled last game [against FC Dallas] as well, in some parts of the game. But I’m very proud of how we’ve come through, and how we keep winning games, even though we’ve struggled sometimes.”

The Sounders still blew a 2-0 lead over FC Dallas before eventually rallying to that 4-3 result, and struggled to manage any possession in a scoreless first half against Real Salt Lake.

But somehow they persevere.

Asked how his team always peaks at the right time, Sounders head coach Brian Schmetzer turned to a well-worn group of talking points.

“I don’t know,” he said with an almost sheepish smile. “It’s a great group of guys. I have an outstanding coaching staff. I think from day one this organization was built on winning, and persevering in times of trouble. We don’t feel sorry for ourselves if things don’t go our way. We pick ourselves up. We go back to work. We do all the little things that make us hard to beat.”

Take nothing away from the Sounders’ accomplishments thus far in these playoffs. But now, honestly, comes the hard part. Nobody seriously expected either FC Dallas or Real Salt Lake to hoist the MLS Cup trophy come November.

The conference final promises a beast of a different nature. The Sounders will face either Zlatan Ibrahimovic and the LA Galaxy at home, or Carlos Vela and Los Angeles FC on the road. Hosting the Galaxy is certainly a less intimidating task than heading to Banc of America Stadium, where LAFC posted a 13-1-3 record and shellacked the Sounders 4-1 in April. Either team, though, presents a challenge worthy of a conference final.

For his part, Schmetzer seemed raring to face any and all comers in Wednesday’s post-match press conference.

“I am extremely happy to go to another Western Conference final,” he said. “I don’t care who we play. It’s a testament to those guys in there. And I know — this much I can promise you and everyone else in this room — that that team will be ready. That team will be ready, and they will give it their all, they will fight, battle, scratch, pass, score, defend. They will do whatever it takes to win.”