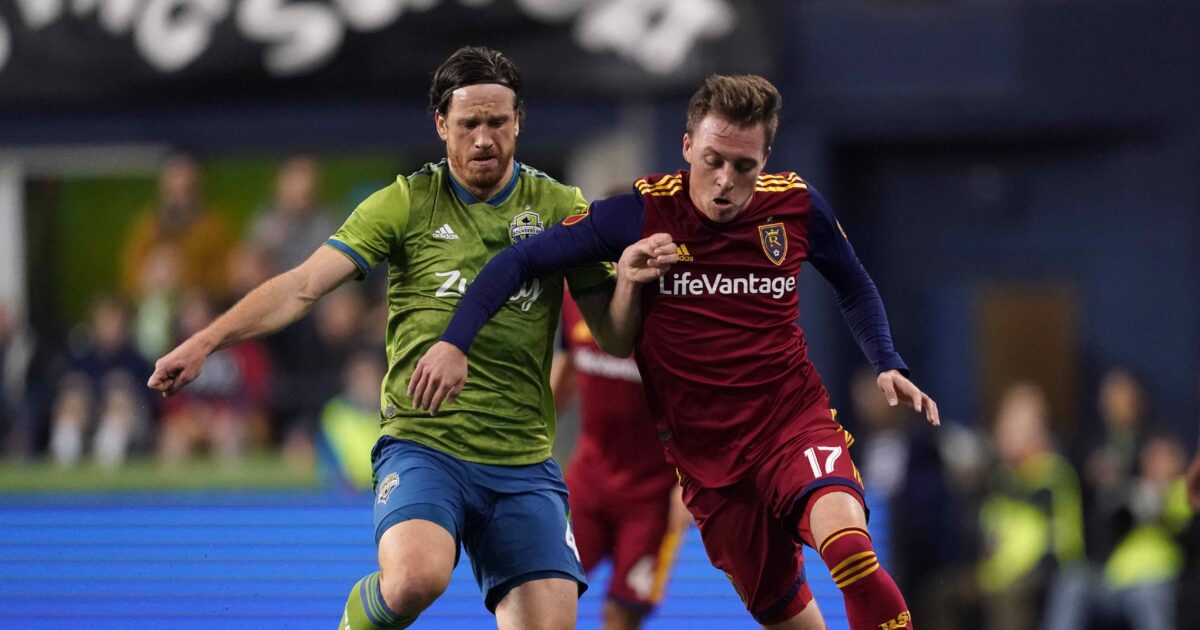 SEATTLE — For the third time in four seasons, the Seattle Sounders are headed to the Western Conference final.

Second-half goals from Gustav Svensson and Nicolas Lodeiro lifted the Sounders to a 2-0 victory over visiting Real Salt Lake in Wednesday night’s single-elimination conference semifinal match. The Sounders will play either the Los Angeles Galaxy or Los Angeles FC on Tuesday. They would visit LAFC and host the Galaxy.

After a scoreless opening 45 minutes, the hosts applied ever increasing pressure to start the second half. In the first 10 minutes alone, Jordan Morris got free behind the back line, Kelvin Leerdam rifled a pair of threatening shots that deflected off defenders, and Raul Ruidiaz sent a header sailing just past the post. In the 61st minute, Rimando delivered a quality save on a flicked-on header from Cristian Roldan.

Svensson finally broke through for the hosts in the 64th minute, firing a near-post header past Rimando off a Nicolas Lodeiro corner kick.

Lodeiro added the insurance goal on the counter attack in the 81st minute. The Uruguayan playmaker stepped into a pass from Ruidiaz and beat Rimando with a beautiful first-timed shot that curled into the far-side netting from 16 yards out.

The visitors never really threatened after falling behind, and were reduced to 10 men after Everton Luiz received a straight red card in the 83rd minute for a rough tackle.

Lodeiro nearly opened the scoring for the hosts in just the fifth minute, beating Rimando and rattling the left post from 20 yards out. In the 13th minute, Ruidiaz forced Rimando into a fingertip save with a powerful header from the penalty spot. But after an active 20 minutes to start the match, both sides began to look like teams that played exhausting matches over the weekend.

Next up for Seattle is the Western Conference Final in either Seattle or Los Angeles on October 29.