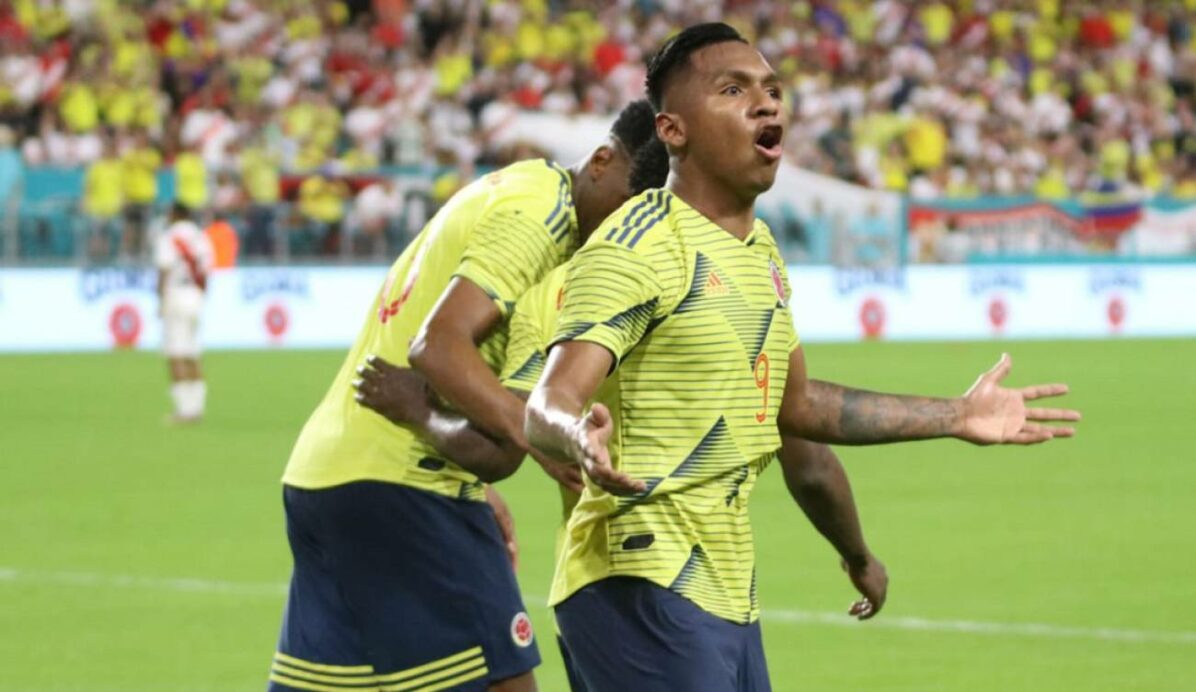 MIAMI GARDENS, Fla. — For more than 90 minutes, Colombia and Peru looked destined to end in a scoreless stalemate.

Then, a controversial goal in stoppage time changed that.

Alfredo Morelos scored on a rebound in the 93rd minute and Colombia beat Peru, 1-0, in a friendly at Hard Rock Stadium on Friday. The late winner in the physical encounter came with plenty of debate, as Peruvian players and head coach Ricardo Gareca argued vehemently that Morelos’s effort never fully crossed the goal line and was saved by goalkeeper Pedro Gallese.

“Everyone is heated. Everyone is mad,” said Peru captain Paolo Guerrero in Spanish after an irate Gareca decided not to do a post-game press conference. “More so because of the actions and attitude of the referee.”

The controversial winner came on a free kick deep into stoppage time. The ball was sent into the area by substitute Colombia midfielder Mateus Uribe and Morelos nodded it on frame. Gallese pushed it away but the rebound fell back to Morelos, who put the ball on target again.

The fallen Gallese reacted to try to stop the ball from passing the goal line with his lower body, but head official Jair Marrufo deemed it to have crossed in its entirety.

“From my point of view, the ball doesn’t go in fully,” said Gallese in Spanish. “The linesman is the one that calls the goal in the end because the referee went over to to ask him.”

Another big talking point in the match came in the 71st minute when Colombia centerback Yerry Mina stepped on Peru centerback Anderson Santamaria while challenging for the ball. The foul resulted in a punctured cleat and bloody foot for Santamaria, and Mina was given a yellow card despite Peru’s protests for a red.

“I think it was a clear ejection and I think sometimes Mina crosses the line by a bit,” said Guerrero. “I’m used to playing against him and I talked to him multiple times because he likes to scratch you. My whole body is marked up because I have scratches from him.

“This is a friendly and so I told him, ‘Stop it. Let’s play soccer. Push me, kick me. That’s no problem. But don’t scratch me.'”

Controversy aside, Morelos’ late tally in front of more than 35,000 fans ended a scoreless streak for Colombia that was at three games heading into the night. Peru, meanwhile, ends the year having failed to score in eight of its 15 matches.

The Peruvians had some good looks, though, including a bending free kick from Paolo Guerrero after 42 minutes that goalkeeper David Ospina saved superbly.

Another quality chance came for Peru eight minutes into the second half. Raul Ruidiaz found space down the right to whip in a pinpoint cross, and substitute Cristian Benavente raced onto it before volleying a shot off the crossbar.

“I think the team played well,” said Guerrero. “It never gave up. It attacked, it played with build-up, it defended when it had to defend. Obviously there’s some sadness about the result, but I think the overall performance leaves us very at ease.”

The Colombians created one of their best opportunities of the night two minutes later. Alfredo Morelos dribbled at space down the right on a quick counter, but his ensuing shot from an angle went right at Gallese.

In the 87th minute, the Peruvians nearly broke the deadlock. An unmarked Andy Polo got on the end of a well-worked set piece, but his attempt lacked both power and precision to make for an easy stop for Ospina.

Colombia capitalized on that by finding gold not too long after, albeit under controversial circumstances.

“We have to keep improving and have to stay concentrated for 90 minutes,” said Gallese. “This game taught us a few things about ourselves, just like all others, and is a sign of what is to come in next year’s (World Cup) qualifiers.”

Colombia will close out 2019 and play its final tune-up before qualifying begins next year by taking on Ecuador on Tuesday in a friendly at Red Bull Arena in Harrison, New Jersey.

Peru does not have another match lined up during this window after Chile canceled the friendly that was set to be played in Lima next week.