For Seattle Sounders, a home MLS Cup final decades in the making 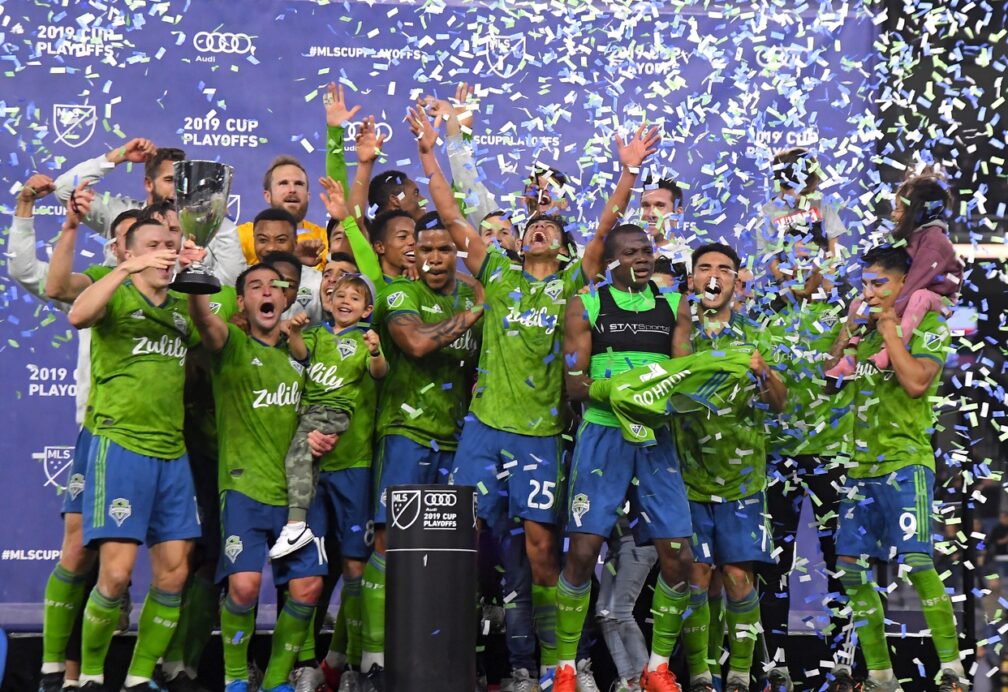 SEATTLE —It has been the dream of dreams since the Seattle Sounders’ inaugural match in 2009, a 3-0 home win over the New York Red Bulls in front of more than 32,000 supporters, a nationally-broadcast game announcing the arrival of new force in MLS and a new era in American club soccer.

To host an MLS Cup in downtown Seattle, maybe to capture a title before a crowd numbering some 70,000, to make a statement about the place of that other football here in the shadow of Mt. Rainier and in the capital of the Pacific Northwest — that was the dream.

Jordan Morris remembers. Jordan Morris knows. He was there that night, just a 14-year-old hometown kid in the stands who didn’t let Type 1 Diabetes stop him from dreaming a dream he lives out this weekend.

“I remember going to that first game as a kid,” Morris said on Thursday, “and just falling in love with it.”

But it has also been the dream, as Sounders head coach Brian Schmetzer will tell you at some length, since long before 2009. Since the 1970s and ’80s, when the laughable implausibility of 32,000 fans untold decades down the road didn’t stop Schmetzer and his peers from laying the foundation, putting down the roots, putting in the time, to make this place a hotbed, to toil away in mostly empty 12,000 seat stadiums, to do the unpaid community outreach.

“This, right now,” said Schmetzer on Thursday, “is a pretty high point for all of us that put in some of that work back in the ’70s, ’80s, the lean years of the early 2000s and the USL and A-League days. This is all a culmination of all the people that stayed here.”

Schmetzer, a native son who first signed with the NASL Sounders in 1980, remembers it all, takes a pride in it hard to begrudge.

“We had so many guys going out in the communities to do little appearances,” he said, “reading books to kids. All of that stuff that happened back in the ’70s and ’80s is the foundation to the culture and the relationship between the players and the fans now.”

“It’s massive,” he said after training this week. “I tell people, ‘Look, I skipped school when the Sonics had their [1979 championship] parade. We were there with the Seahawks celebrating them [in their 2014 Super Bowl parade].’ Being a Seattle guy, I’m really proud of what this organization has accomplished.”

But for as much as hosting an MLS Cup means to hometown guys like Schmetzer and local soccer icons like Alan Hinton, it might mean even more looking forward rather than to the past. A spectacle on the scale of Sunday’s match presents the Sounders with a rare chance to raise their stature, to convert Mariners and Seahawks fans into soccer supporters, to sear once-in-a-lifetime memories into the next Jordan Morris or Megan Rapinoe.

“Going to that first game,” said Morris, “inspired me to work hard and try and be on that field some day. And now it’s pretty surreal that we’re hosting a final here. So, yeah, anything can happen.”

It would help, of course, if they win.

“There’s a lot at stake Sunday,” said Sounders general manager Garth Lagerwey. “It’s a huge opportunity for us. And I think if we’re able to win the game, then I think we really will get that moment for this community, where you’re like, ‘OK, this was the hottest ticket in town, this was an event I brought my kids to, and now I’m a Sounders fan for the rest of my life, and I want to be part of this thing’.”