U.S. Soccer to honor Beasley in pre-match ceremony prior to Canada match 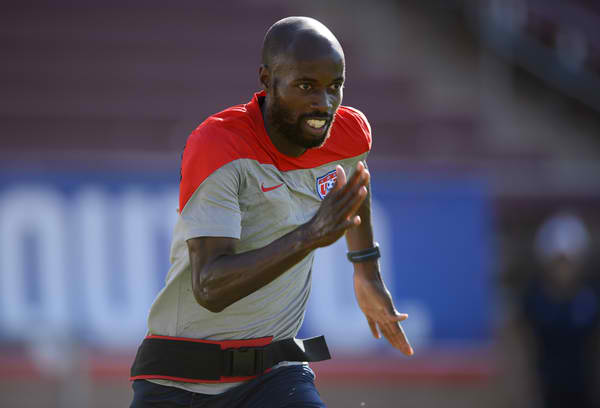 DaMarcus Beasley will be honored by U.S. Soccer on Friday prior to the U.S. Men’s National Team’s Concacaf Nations League match vs. Canada.

U.S. Soccer announced the news Tuesday, in which Beasley will be honored in a pre-match ceremony at Orlando’s Exploria Stadium. Beasley will follow former USMNT goalkeeper Tim Howard, who was honored back in September ahead of the Mexico match in New Jersey.

Having been the only U.S. player to represent the National Team at four different World Cups, Beasley’s 126 caps is good for seventh all-time. He’s also one of two players to win four Concacaf Gold Cups in his career, as well as take part in five World Cup qualifying cycles.

A recent retiree from MLS outfit Houston Dynamo, Beasley played for numerous European clubs as well including PSV, Manchester City, Rangers, and Hannover. He also played for Liga MX side Puebla, as well as the Chicago Fire, also of MLS.

In all, Beasley won 16 trophies in his domestic career, with three of those coming in the U.S. Open Cup.

Beasley will be in attendance to watch the current USMNT take on Canada, in what is a must-win for Gregg Berhalter’s side.