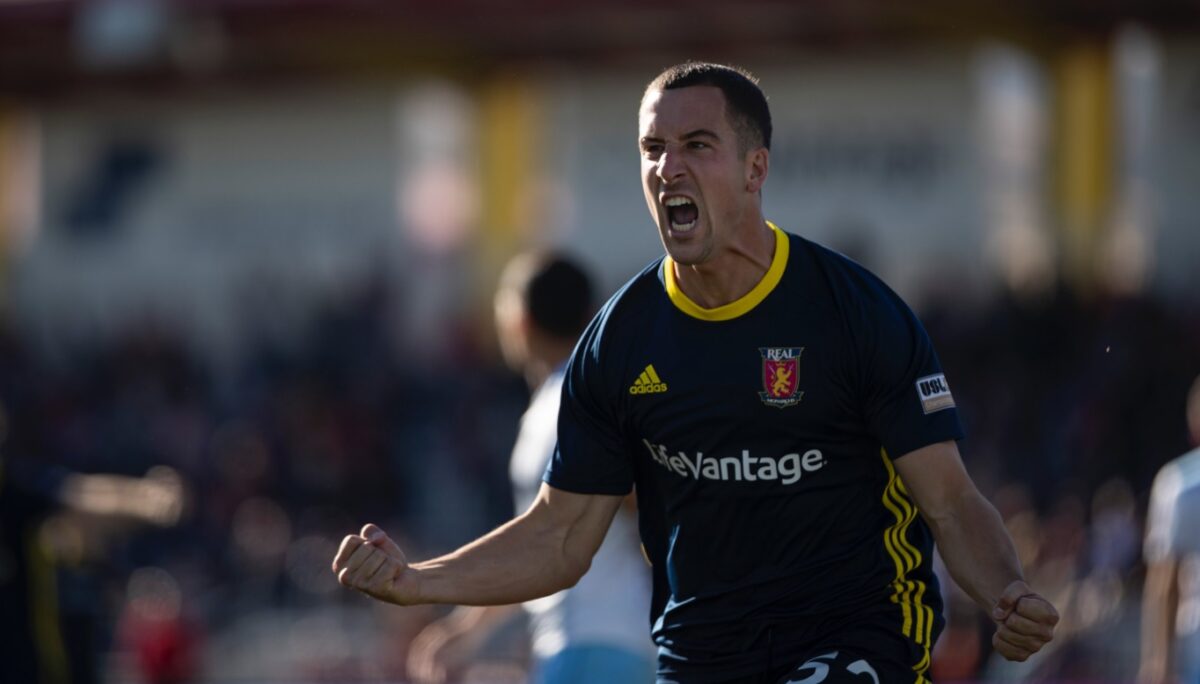 The matchup for next week’s USL Cup Final is set after a pair of extra time thrillers in both of Saturday’s Conference Final clashes.

Louisville City will host the championship match for the third year in a row after snatching victory from the jaws of defeat against the Indy Eleven. They will face Real Monarchs SLC, who bagged a 120th minute winner over expansion side El Paso Locomotive.

Here’s the rundown of how each of the USL Conference Finals played out:

Louisville City will play for their third straight USL Cup title next weekend after stunning Indy Eleven with a late equalizer and a pair of extra time goals.

Attacking chances were hard to come by in the first half. Louisville held more of the ball, but couldn’t put a shot on target. Indy was able to do a little more, but they never really threatened to score.

Indy managed to get in front in the 67th minute on a well executed counterattack. Dane Kelly found Tyler Pasher with a long ball behind the Louisville defense. The Canadian forward managed to settle the ball before smashing it into the back of the net on the half-volley to give the hosts the lead.

Indy’s defense managed to hold firm until the fourth minute of stoppage time when Louisville got themselves level with their first shot on target of the game. Antoine Hoppenot scored the equalizer off a corner to send the match into extra time.

Louisville wasted no time grabbing the lead once bonus soccer began. Magnus Rasmussen slotted home a low cross in the 94th minute with his final action of the match before coming off as a sub. The goal meant it was all attacking hands on deck for Indy, but they wound up going down by another goal after goalkeeper Jordan Farr clattered into Louisville’s Brian Ownby in the penalty area. Luke Spencer stepped up to bury the spot kick and that was all she wrote.

Real Monarchs SLC are through to the title game thanks to a very late extra time winner at Zions Bank Stadium.

The Locomotive were able to get in front thanks to Andrew Fox tapping in an Omar Salgado free kick in the first minute of first half stoppage time, but that would be just about is as far as good news for the visitors.

SLC got off to a rolling start in the second half when Kalen Ryden scored off a 48th minute set piece. They kept the high note going three minutes later when El Paso’s James Kiffe was sent off for receiving a second yellow for a rough tackle on Douglas Martinez.

After the sending off, the Monarchs dominated possession and picked up a few half chances. On the other side, El Paso was able to carve out a couple threatening counters of their own while staying in the contest thanks to some solid goalkeeping by Logan Ketterer.

The extra frames played out much like the latter portions of the second half. The Monarchs controlled the ball, the Locomotive probed with a couple of counterattacks, but neither side was able to score until the final minute of action. That’s when Eric Holt rose to a 120th minute corner and floated it into the top corner of the net to send the Monarchs to their first ever USL Cup Final.