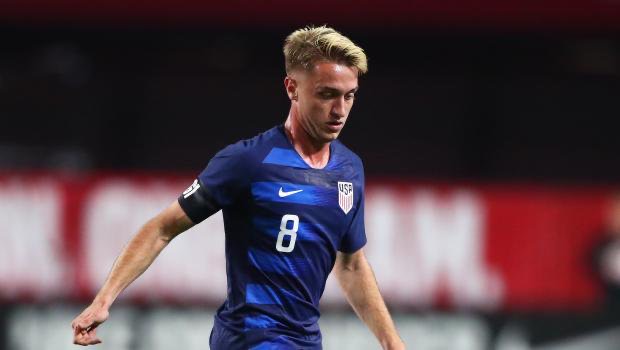 The U.S. Under-23 Men’s National Team fell by a 1-0 scoreline to Brazil on Thursday in its first of two matches at the 2019 United Invitational Football Festival.

Jason Kreis’ side struggled to get much going offensively in what was a lackluster performance in Spain. Despite the likes of Richard Ledezma, Jeremy Ebobisse, and Jonathan Lewis in the starting lineup, the U.S. were put on the back foot for most of the match.

Brazil scored the only goal in the match in the 15th minute as Matheus Cunha’s low drive beat Philadelphia Union product Matt Freese to the bottom-left corner. Despite Mark McKenzie racing to block the shot, the effort left Freese fooled as Brazil took the lead.

Kreis made four changes to start the second-half, bringing on the likes of Brenden Aaronson, Christian Cappis, Mason Toye, and Sebastian Saucedo.

Saucedo had the best chance for the U.S. on the night, missing just wide in the 75th minute. Alex Mendez and Emmanuel Sabbi made late cameos for the U.S., but it wouldn’t lead to a tying goal as Brazil ran away with the slim victory in the tournament opener.

The U.S. will face either Argentina or the Canary Islands in the third place match of the tournament on Sunday.