Was shift away from high-press to blame for Red Bulls’ disappointing 2019? 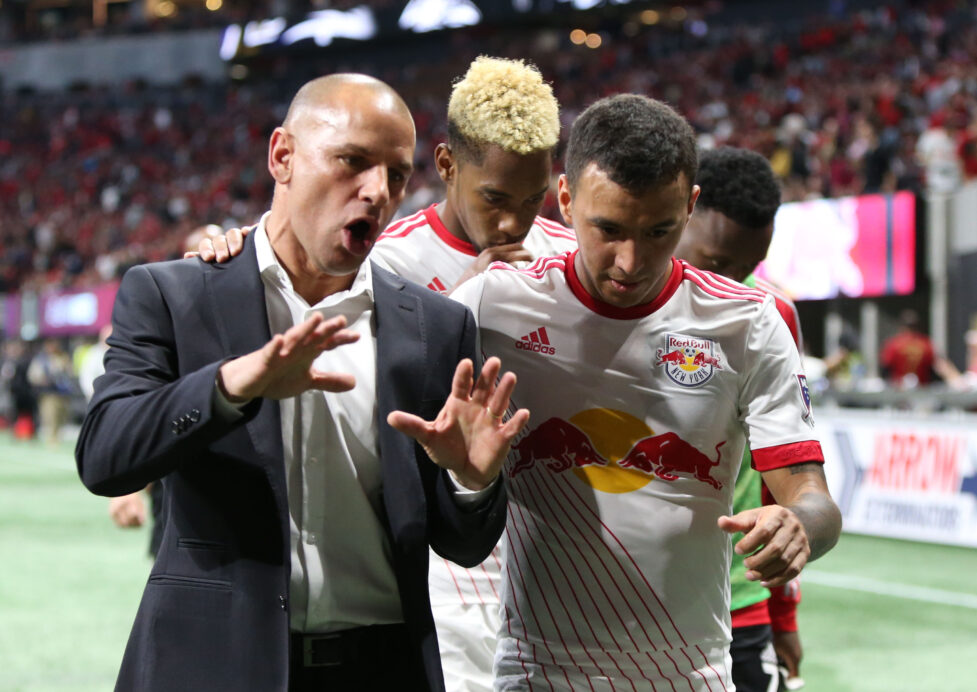 HARRISON, N.J. — All season the New York Red Bulls had hoped to be competing in this Sunday’s MLS Cup Final. The style of play that they used to try to get there was at times different than that of years past.

The Red Bulls have become synonymous with the high press tactic ever since former head coach Jesse Marsch took over back in 2015. The club has used that strategy religiously since then and to great effect during the regular season, winning a pair of Supporters’ Shields and setting a then-record for points in a campaign in 2018.

Things changed this year, though. Current head coach Chris Armas continued to introduce tactical wrinkles to try and get the Red Bulls to press less and think more in certain moments. To run less and play more. To have a Plan B to pair with Plan A.

“We had a lot of success with the press in the past but it’s never got us to that final point, which is winning (U.S.) Open Cup or MLS Cup,” midfielder Sean Davis told SBI last month during the team’s final availability. “I think what we tried to do is evolve and innovate and try to find ways to have different looks.

“Instead of teams just bypassing the press right away and kicking the ball long, we tried to allow them to have that and to try to force their defenders and players in their half to make decisions with the ball and put them in tough spots, almost enticing them to play.”

It may seem a bit counterproductive to move even slightly away from a style of play that has proven so effective in the regular season, but the Red Bulls have notoriously been unable to crack the playoff code despite their repeated efforts. Quality teams have routinely found ways to expose the press in elimination matches, with Montreal Impact winger Ignacio Piatti even saying back in 2016 that New York was a “weak team in the playoffs.”

Ignacio Piatti: "We knocked out an important team but we knew they're a weak team in playoffs. They showed that last year, this year." #IMFC

Continuously falling short of the ultimate goal of an MLS Cup win has become a trend for the Red Bulls regardless of what success has been enjoyed during the campaign, and that combined with last offseason’s loss of rangy and tenacious defensive midfielder Tyler Adams seem to have, in part, led to Armas’ tactical changes.

“That was our game plan sometimes. We didn’t just want to go all out all the time,” said veteran striker Bradley Wright-Phillips last month. “You know how it is. People play us and they expect a high press, so if we come out, sit back a bit, and then catch them unaware and press from a little bit deeper, then it gives us another way of attacking, another way of defending.

“That was done on purpose, that was another tactic of Chris. A lot of times it worked. … I think when we got that right on days we were very hard to beat. It was good. It was another way to press and another style of Red Bull. It was good.”

According to the Red Bulls’ 2019 results, it was not good enough.

The Red Bulls finished the season with a record of 14-14-6. They lost more games at Red Bull Arena than ever before (five). They ended up with the sixth seed in the Eastern Conference. They got knocked out in the first round of the postseason at the hands of the Philadelphia Union despite being up 3-1 at halftime.

“What I would say is,” said Armas during his final press conference of the year, “we had leads in a lot of games, we went after games, we stuck to our principles. Our style of play, some (observers) question that. Are we a pressing team? Well, we can look at the TV and say, ‘Well, we don’t think so. It looks different.’ But we led the league in balls won in the attacking third. We weren’t in second or third. I think LAFC was the second.

How the Red Bulls move forward into 2020 remains to be seen. Do they revert back to their trademark high-pressing ways after enduring a mediocre season that Armas labeled as an “off year”? Or do they continue on this path of implementing a new system and trust the process?

Regardless of what the Red Bulls do tactically, the aim will be to get over that postseason hump once and for all.

“Sometimes as players you want to calm down when you get the ball and be able to keep it at times,” added Davis. “Now we have to continue to improve at different challenges that a new system might present. For example, when we do win the ball in a mid-block, now it’s about slowing down and being a little bit sharper in possession. Everyone understanding to want the ball and want the ball in the right spots.

“I think we can improve at (playing a little more) at moments and I think that is going to help us be a more well-rounded team. Of course, we never want to lose going direct to goal as quickly as possible. That’s the Red Bull way, but also if we’re going to look to improve without the ball we should also continue to improve with the ball, which I think the coaches have stressed more and more this year.

“I think that takes time, especially if we’re playing a certain way for so long. Now it’s also time to figure out how to slow down and be better with the ball at moments so that we can face any team and have solutions for them.”