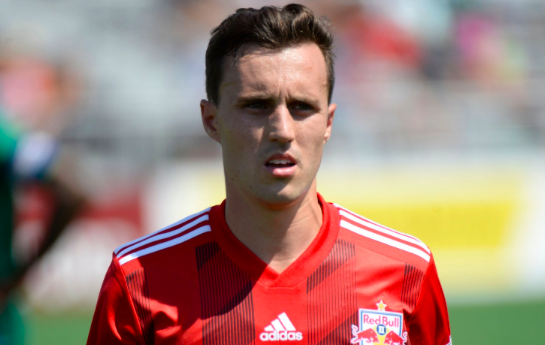 The New York Red Bulls have made their first addition of the offseason.

Sources have told SBI that the Red Bulls have signed attacking midfielder Jared Stroud to an MLS contract. Stroud, 23, had spent the past two seasons with Red Bulls II in the USL and played for the Red Bulls Under-23 team prior to that.

A Chester, New Jersey native, Stroud finished the 2019 USL season with 15 goals and nine assists in 35 regular season appearances. He had seven tallies and a team-high 11 helpers in 32 matches the year prior.

Stroud, who has played predominantly as a playmaker but can also drift wide, was selected by the Red Bulls in the fourth round of the 2018 MLS SuperDraft as the 83rd overall selection. He played at Colgate University for four years prior to getting drafted.