Berhalter: ‘People overlooking Zardes’ strengths, focusing too much on his negatives’ 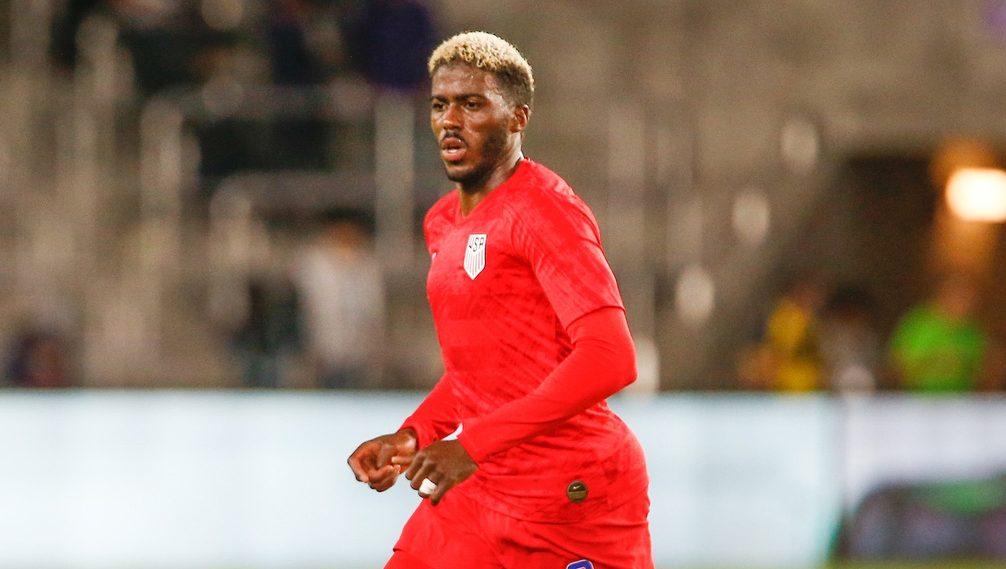 Gyasi Zardes might be far from the most technical player on the U.S. Men’s National Team, but there are other qualities that head coach Gregg Berhalter values that have made the veteran striker a regular contributor for the squad.

The USMNT is set to punctuate its annual winter camp by facing off against Costa Rica in a friendly on Saturday, and Zardes is the odds-on favorite to start up top for the Americans. The 28-year-old forward is not only the most capped player on the current USMNT roster — he has 55 international appearances to date — but he is also the only one at his position from this group to have even debuted at this level.

That experience combined with his effort, selflessness, and finishing abilities will likely lead to another start this weekend, and is part of the reason why Berhalter has turned to Zardes so often throughout his time as manager of both the Columbus Crew and USMNT.

“When you look at Gyasi over the last couple years, he’s probably the leading American goal-scorer in Major League Soccer,” said Berhalter during a conference call on Monday. “He gives you 100% work rate in every single game he’s in, and there’s something to be said for that. That reliability, the fact that he does work for the team, he’s a very unselfish player, and he can score goals, so those things make it valuable.

“We don’t have a lot of depth in that position right now. It is a position of need and he’s a guy with his experience and his work rate and the way he fits into the team culture, makes him easy to select each camp.”

Having tallied 12 times to date with the USMNT, Zardes’ career rate for finding the back of the net at the international level is not overly impressive. His current scoring average stands at 0.21, which equates to about one goal per five matches. Zardes’ technical deficiencies and repeated struggles with his first touch have at times also limited his impact in games and seen the USMNT lose the ball rather easily.

That might be counterproductive for what Berhalter wants out of his possession-based system, but Zardes has other qualities that have made him a go-to option for the American coach.

“I think what I see is that people can be overlooking his strengths and focusing too much on his negatives,” said Berhalter. “We’ve never done that with Gyasi. When we first brought him to Columbus, all we did was focus on his strengths and try to put him in position where he could take advantage of that and he did that.

Berhalter’s strategy for Zardes, whom he worked with for one season in Columbus, might just be working. The attacker netted six of his dozen USMNT career goals during Berhalter’s first year in charge of the program in 2019, scoring once against Ecuador and Guyana each and twice versus Trinidad & Tobago and Canada each.

In total, Zardes finished last year with six goals in 15 USMNT appearances. His scoring clip for 2019 was more productive at 0.40, or one goal per just over every two matches, than in any other year that he has played internationally.

Whether that trend carries over into this year remains to be seen, but right now Berhalter is overall pleased with what Zardes has given and delivered to the USMNT cause.

“By and large, he’s done that. I think he had five or six goals last year with the national team, and he’s been a great guy to have in the squad.”