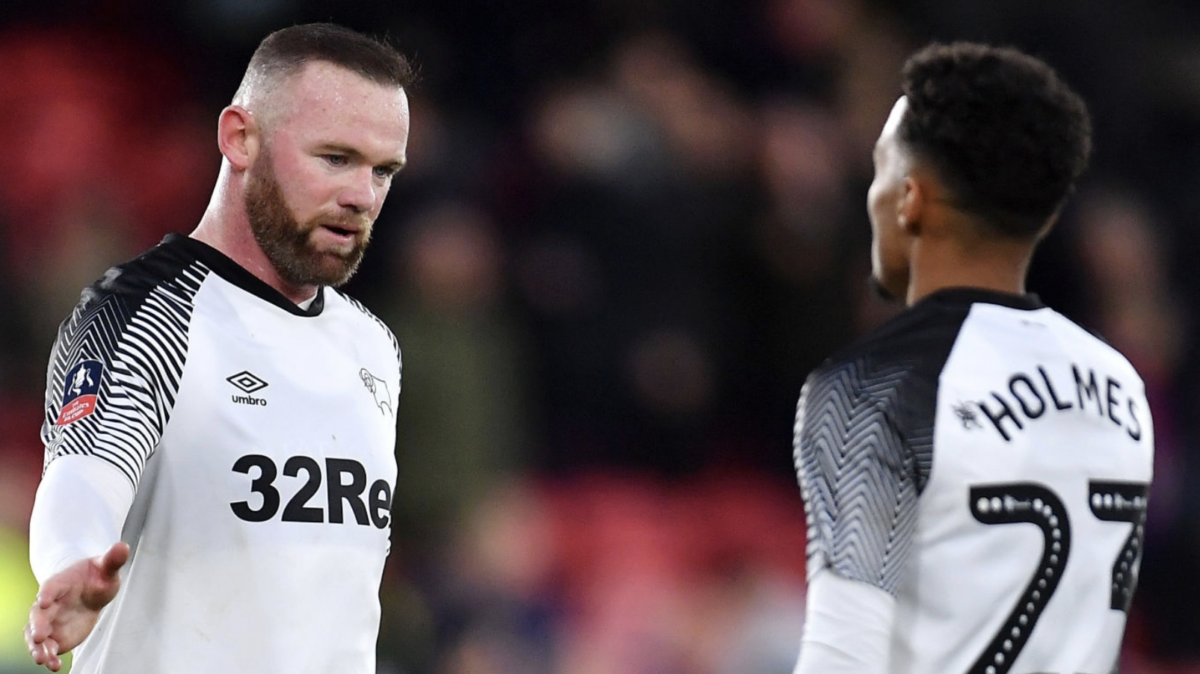 Wayne Rooney scored his first goal for Derby County on Tuesday in a losing effort.

The longtime striker broke the deadlock for Phillip Cocu’s side at Luton Town, scoring with a curling effort. U.S. Men’s National Team product Duane Holmes registered the assist on the goal from Rooney, before the Englishman’s shot deflected into the top corner.

At the time, the Rams led 1-0 with Holmes picking up his second assist of the season. However the final 25+ minutes saw four additional goals scored between the two EFL Championship sides.

Pelly Ruddock and Donervon Daniels scored seven minutes apart to swing the home side in front 2-1.

Chris Martin came off the bench to tie things up for Derby, but Luton would have the final say. An own goal from Jayden Bogle in the 86th minute handed the home side an important three points in their fight against relegation.

Holmes played 79 minutes in the match for Derby, finishing with an 80% passing completion rate and making three recoveries. Rooney played the full 90 minutes, but was unable to help the Rams from a disappointing road defeat.

Up next for Derby County is a home date with Stoke City at Pride Park on Jan. 31st.