Inter Miami seek to become “most important team in this hemisphere” 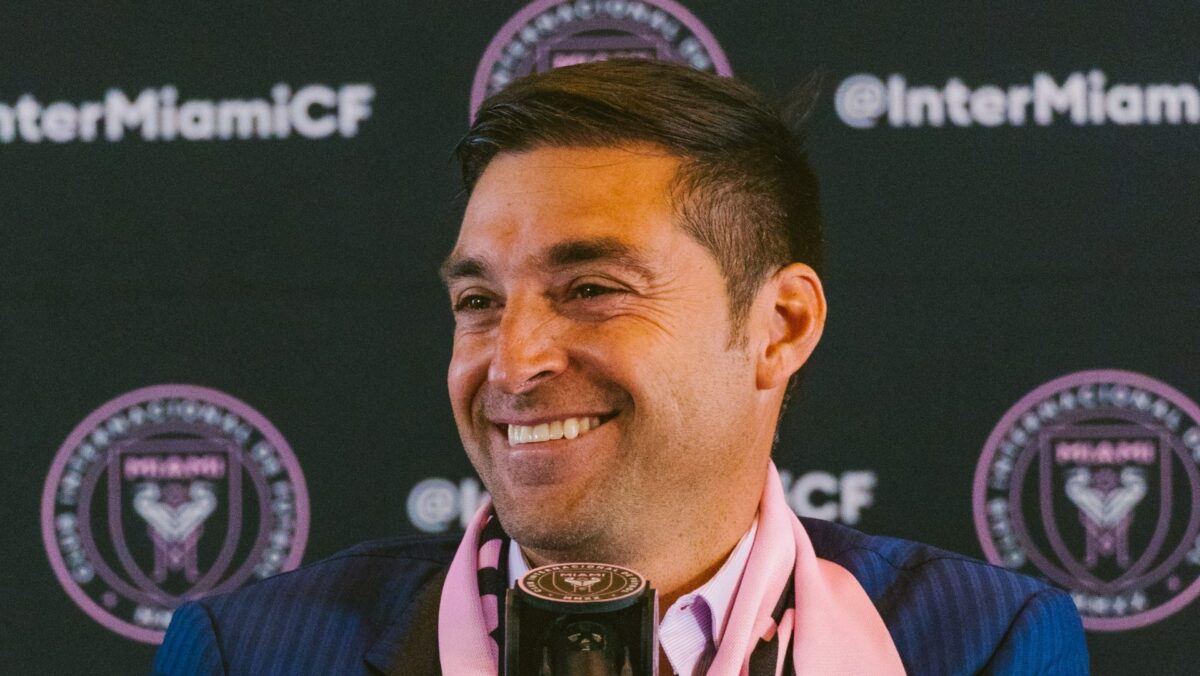 The goals are in place. The objectives are grandiose.

For Diego Alonso, the challenge will be monumental.

Inter Miami formally introduced its first head coach on Wednesday afternoon, presenting Alonso in a news conference at a ritzy restaurant near the pristine South Florida ocean. The Uruguayan was not only unveiled to the public three days after he started preseason training camp with his players, but so too was the the tremendous task that he will largely be responsible for as the manager of David Beckham’s expansion franchise.

“Our aspirations as a club and as owners,” said Inter Miami managing owner Jorge Mas in Spanish, “is to not only be the most important club in North America, but in this hemisphere.”

If Alonso is going to help his bosses meet those lofty expectations, he is going to have to hit the ground running and rapidly churn out results once the MLS season begins next month. Inter Miami’s brass knows there will be difficult times ahead, of course, but the overall goal is to very quickly become a competitive team that can contend for titles.

Not just nationally in MLS and the U.S. Open Cup, but also internationally.

“I think the process (of looking for a head coach) starts always when you’re looking to see what you want to achieve, and Concacaf Champions League is something that we want to strive to win,” said Inter Miami sporting director Paul McDonough. “I came from a place that was a pretty good club in MLS and I watched Diego’s teams compete against Atlanta and that was really, really interesting for me.

“Then doing more research, I had some conversations with people that knew him and how he had done in Mexico and what he was thought about in Mexico. All the reports back on him were excellent so then the conversation leads to, ‘Does he have an interest in us?’ and then it moved very quickly from there.”

The 44-year-old Alonso joins Inter Miami after most recently coaching in Mexico. Alonso had been a manager in Liga MX since 2015, first with Pachuca for a stint that lasted three-and-a-half years before moving onto Monterrey. His tenure with the latter club did not last nearly as long — he was hired in June 2018 and fired late last September — but he still was able to win the Concacaf Champions League with both teams. In doing so, Alonso became the first head coach to win the competition with two different sides.

How he achieved that success was different, however. His Pachuca team was based on a more attack-minded philosophy while Monterrey preferred to sit back and use counterattacking tactics, which are historically how clubs in Alonso’s native Uruguay play.

Given the challenge of trying to attract fans in the notoriously tough Miami sports market, employing an aggressive and aesthetically-pleasing style of play has been the expectation for Beckham’s side from the start. Alonso’s hiring led to some questions about whether he was a good fit for a team intent on playing an open, attractive style, but the Uruguayan coach made it clear that he plans to bring an attacking brand of soccer to South Florida.

“What I have spoke to the players about is how I feel soccer,” said Alonso in Spanish. “I understand soccer as a game in which one has to impose himself all the time in order to win. I don’t understand the game in a reactionary way. I understand it in a proactive away, always looking to go forward and do more.

“That is my idea without a doubt, but we have to share that with the entire team.”

Inter Miami’s inaugural roster is almost complete, but it notably still lacks some top-end talent for Alonso to work with. Two Designated Players slots remain empty, and the club is admittedly in need of some help at centerback, center midfield, and striker.

The plan is to bring international reinforcements for those spots before the start of the season, though that will give Alonso less time to integrate them into the group before the games that matter begin.

The situation of bringing in players that are expected to have significant roles within the team at different points of preseason may not be ideal, but there will probably be little to no room for excuses for Alonso once the season begins.

Inter Miami has huge plans for its first year on the field and beyond. Winning is a major part of it.

“If you don’t feel pressure to win you will not win. Our expectations are to win,” said Mas. “We’re not going to win every single game and there will be down periods, but it’s how you react from that. It’s how you bounce back or how you get better. We always strive to get better.

“That’s I think a mantra of this team.”