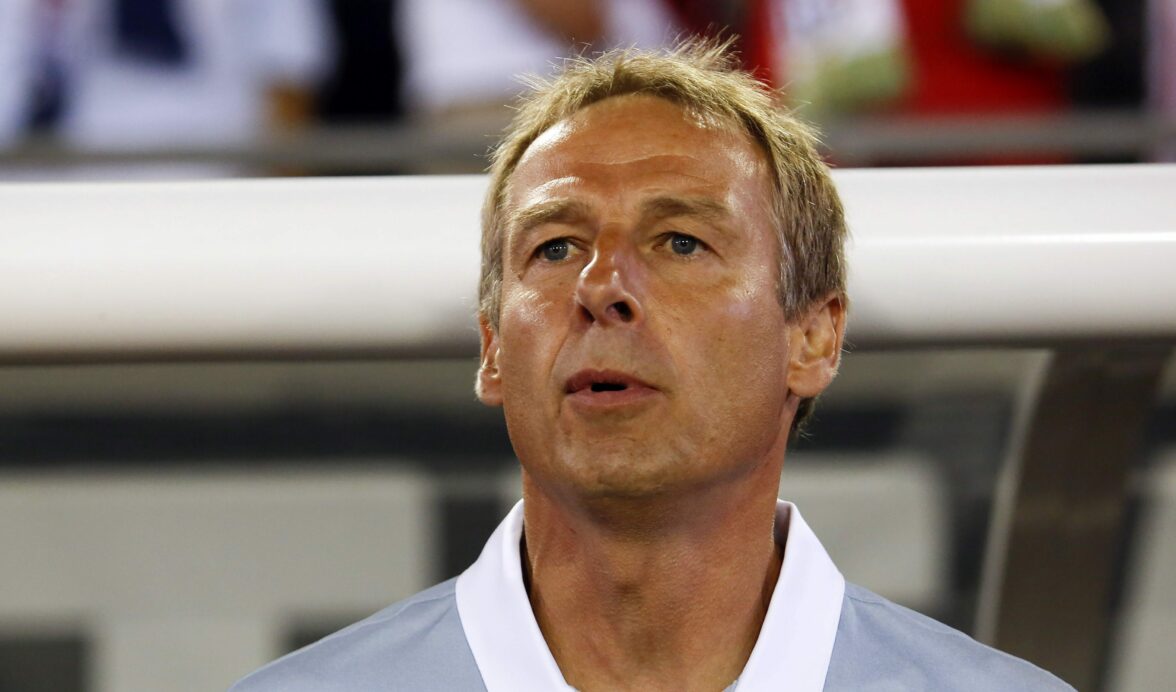 Jurgen Klinsmann knows a few things about the U.S. Men’s National Team, its successes, its failures, and its leadership. He was in charge of the team for five years, after all, and the former manager spoke to ESPN about the state of the team and he feels the team is in a “very sad” state at the moment.

“So what happened now the last two or three years is very sad,” Klinsmann said. “It’s really sad because the team belonged [in] Russia. They belonged in the World Cup. The qualification was pretty much done and then it happened, the big disaster in Trinidad which no one could ever have imagined.

Klinsmann left the USMNT in a rather sad state himself after a few years of relative success. He took over the USMNT in July 2011, he led the side through a difficult World Cup group in 2014 before losing to Belgium in extra time in the round of 16. He followed that up with a run to the semifinals of the 2015 Copa America Centenario. He also had famous friendly victories overseas against Germany and the Netherlands before it all collapsed during qualification for the 2018 World Cup.

He was fired in November 2016 after losing to Mexico and Costa Rica early in in the final stages of qualifying as his team lost faith in him. Bruce Arena came in and couldn’t dig out of that early hole and guide his squad to qualification and the United States missed out on the 2018 World Cup in Russia.

After spending a few years away from coaching, Klinsmann took over as the head coach of Hertha Berlin in Germany late in November. Since he was hired, the team has won twice, drawn twice, and lost once in five games.

Klinsmann always had lofty goals for his program. He famously said the USMNT should reach the semifinals of the 2018 World Cup after their relative success in 2014. Even now, more than three years after his departure, he feels he could have led the team on a deep run in the World Cup had he been retained.

“As I said, I’d take that team in Russia to the final eight, maybe even the final four because there was a building block there and there was a plan for it and the plan got interrupted and it got even more interrupted when the U.S. didn’t qualify for Russia.”

Not everything Klinsmann said in the interview as negative, though. He had praise for many of the American players having success at the club level in Europe right now and he takes credit for jump starting their careers. He had particularly uplifting things to say about Christian Pulisic, who is playing well in his first season at Chelsea after a great run at Borussia Dortmund.

“I think he’s doing very well right now, I think he is growing as a person,” Klinsmann said about Pulisic. “You have to think about the fact that at a very young age he moved to Dortmund. Yes the family was with him, but you are in a different country, with a different language and a different climate.”

Klinsmann hopes that people can be patient as Pulisic develops since he’s still only 22 years old and he also hopes that the USMNT can turn around their misfortunes.

“So hopefully they get it back on track and I keep my fingers crossed for Gregg that he gets all the support he needs to get it on the right track.”