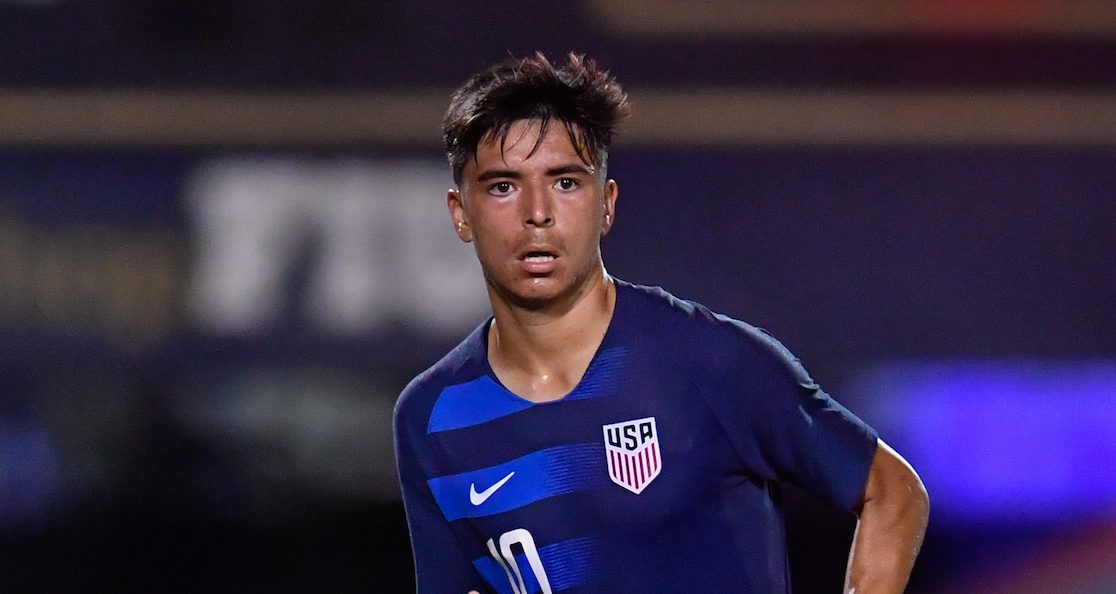 LONGBOAT KEY, Florida — Traditionally speaking, U.S. Men’s Olympic qualifying squads have largely been made up of MLS-based players (and in some cases college players), but securing the release of European-based players has almost always been difficult.

USMNT U-23 coach Jason Kreis sees a change in those trends though, and while that doesn’t mean we should expect players like Christian Pulisic and Weston McKennie to take part in the March Olympic qualifying tournament, Kreis believes there should be number of European-based options on his 20-man roster in March.

Prospects such as Alex Mendez at Ajax, Richie Ledezma and Chris Gloster at PSV, Chris Richards at Bayern Munich, Ulysses Llanez at Wolfsburg, C.J. Dos Santos at Benfica and Christian Cappis at Hobro are some of the European-based players who could play a part in the March Concacaf Olympic qualifying tournament.

“My general feeling is that the teams have been pretty cooperative,” Kreis said. “We’ve had five camps now and we haven’t really been told no by a European club that we wanted to call in one of these U-23 player from.

“That hasn’t always been the case with all the MLS clubs,” Kreis said. “I think people have a little bit of a feeling that it’s only going to happen in Europe, and that’s not the case. It happens with the MLS teams as well.”

The most recent high-profile example of an MLS team balking at a call-up of a U-23 eligible player was Atlanta United’s refusal to release Miles Robinson and Brooks Lennon to the current January USMNT camp, which features 14 players who are eligible for the Olympic qualifying team.

Atlanta isn’t the only MLS team to balk at U-23 call-ups in the past year though, and the reality is that with more U-23 eligible players starting regularly in MLS, there is more conflict now than in past cycles, when there weren’t nearly as many regular starters in the age group.

Kreis can understand with why some teams may be wary of releasing young standouts who are becoming increasingly important figures for their MLS teams — Kreis served as an MLS head coach with Real Salt Lake, New York City FC and Orlando City — but he also believes keeping players out of Olympic qualifying is shortsighted.

“I’ve been on both side of the table,” Kreis said. “From a club’s perspective, if these players are playing week-in and week-out for them in MLS the coach is probably sitting there going ‘This is my job on the line’.

“But I’m hopeful that directors and people that are around the league understand that that’s maybe a little bit too narrow a picture,” Kreis said. “And that the clubs need to have a broader picture for what is not only best for U.S. Soccer and the continuing development of soccer in our country, but also for the development of these players and putting them on the world stage and opening up maybe a broader market for them to sell them in the future.”

The good news for Kreis is that he has a wealth of options at almost every position, so even if teams on either side of the Atlantic Ocean reject Olympic qualifying call-ups he should still be able to field a team capable of qualifying.

One thing Kreis seemed certain of is that there should be some European-based options on his team in March, and those expecting to see a U.S. Olympic qualifying team made up solely of MLS players will be in for a surprise.

“I think it should be very different than that,” Kreis said. “If it’s not, I’ll be surprised, but if it happens so be it. I think we’ve got a deep enough group that we can make it work no matter what.”