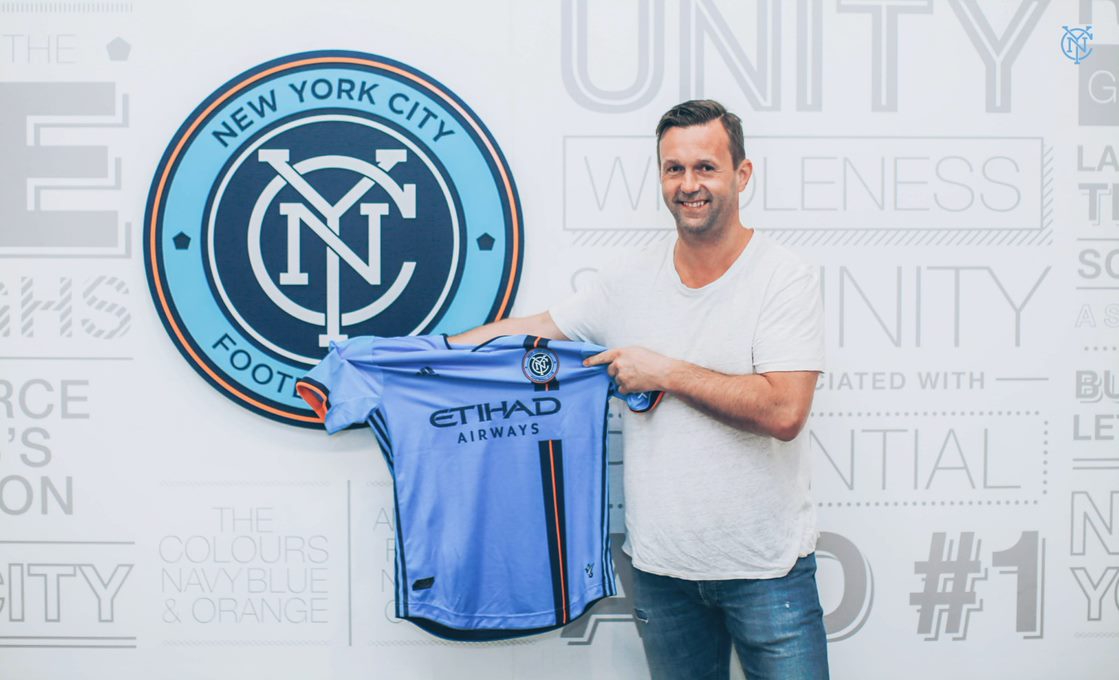 Ronny Deila is only in his second week as New York City FC head coach, but already he has pinpointed an area that could use a good bit of improvement.

The bulk of the NYCFC roster that put forth a strong 2019 campaign is returning this season, but Deila believes there is work to be done on the defensive side of things in order for the team to take that next step. NYCFC finished last year in first place of the Eastern Conference and with the fourth-lowest amount of goals conceded (42) in MLS, but was knocked out of the playoffs in the conference finals because of mistakes at the back.

“I think that’s going to be the main thing: the defense,” said Deila on a conference call on Friday afternoon. “The team was very, very good last year, but I think maybe conceded a little bit too much more goals to take it to the next stage. Defensively, there’s a lot of things that we can do maybe better.”

“In the defense try to be more compact and also be better in transition,” added Deila, “so when we lose the ball, especially in the last third of the pitch, that we are better in reaction and are compact in the center of the pitch so we can win the ball straight back again.”

Deila knows that going into the transfer market in search of more talent is an option to make those desired improvements, especially since departed left back Ben Sweat has yet to be replaced. That said, the Norwegian manager, who was appointed as Domenec Torrent’s successor at NYCFC on Jan. 6, believes the necessary changes can from within the current group of players.

For Delia, it is just a matter of coaching new tactics and practicing them.

“I think we can improve a lot in training and also to talk with the players, show them pictures,” said Deila. “For me, it’s about getting the midfield more compact and close to the center more than maybe we did the last few seasons and work the back four to be really good together so the cooperation gets even better.

“As I said, it’s important with the consistency and if you have consistency you also need to develop your relationship with the players around you. I think that is the main thing for me.”

As far as the attack goes, Deila does not plan to change all that much. The 44-year-old coach knows that NYCFC has established a style that stresses passing out of the back, keeping the ball on the ground, and creating chances through possession.

Though a trophy still alludes the club, NYCFC has found success under various coaches playing that way and Deila sees no need to make any sweeping changes. He just wants to build on the foundation that has already been laid.

“There are 100 different ways to get to the goal, and New York City Football Club has one direction,” said Deila. “They want to be offensive-minded, they want to play from behind, they want to create overloads. For me, it’s keeping on with these things and try to improve small details in the play, work more on the relations in the team because there’s good consistency.

“They’ve played together at least one year now, 90 percent of the players, and that’s a big ask in football.”

NYCFC was one of the better MLS teams last year, but the idea for 2020 is to take the next step and win a title at last. Deila knows that is an ambitious target, but he admittedly wants to have “high goals” for both himself and his new club.

“First of all it’s come to the playoffs and get further than the first round and hopefully try to win it,” said Deila. “When it’s one game it’s like a cup, so the small details always will be the difference, but I think the experience the players have in these kinds of games now can also be very important.

“Also, you have the (Concacaf) Champions League. It’s going to be a very good experience, try to get as far as we can there. There has never been an American team winning before as far as I know and of course we will do everything to get as far as possible there as well.”