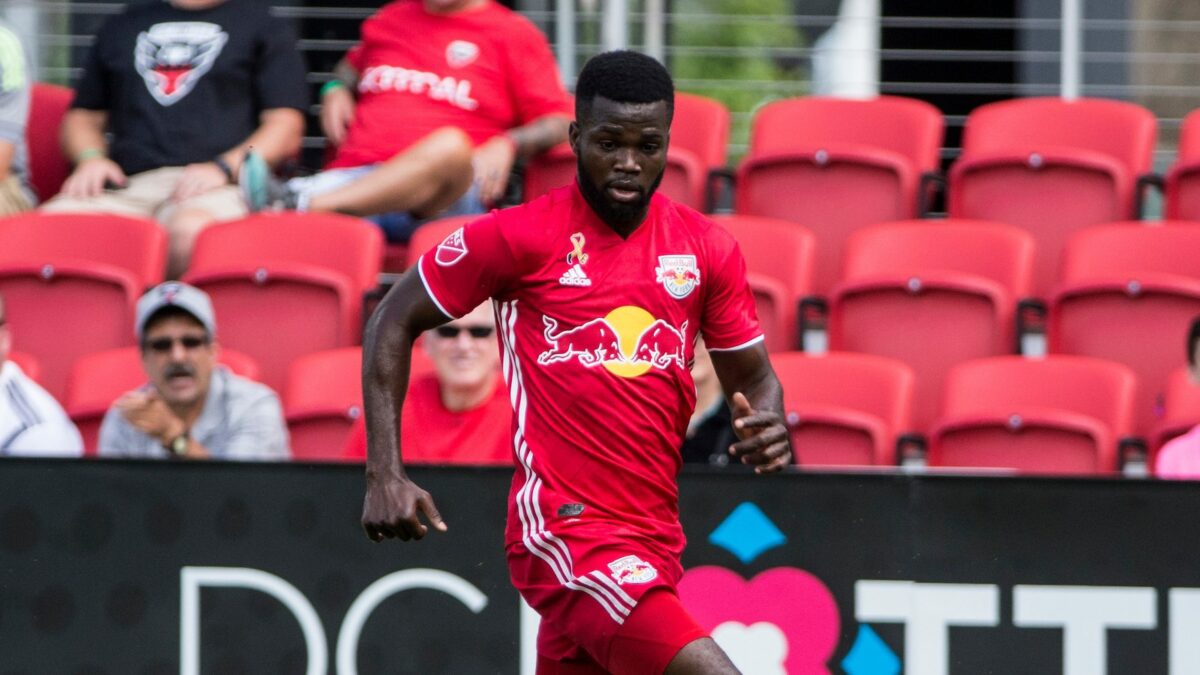 The New York Red Bulls are finalizing a deal to sell Jamaican fullback Kemar Lawrence to Belgian club Anderlecht in a deal worth more than $1 million, sources have confirmed to SBI.

The Red Bulls and Anderlecht have reached an agreement on a transfer fee between $1.2-$1.5 million, with the deal expected to be finalized by the weekend as soon as Lawrence and Anderlecht agree to personal terms.

The Athletic is reporting the transfer fee is worth $1.25 million.

Lawrence’s looming departure will end a saga that began with Lawrence requesting a trade back in November, a request first reported by SBI. Lawrence’s unhappiness with his contract, particularly after his deal was dwarfed by subsequent contracts for fellow Red Bulls defenders Tim Parker and Aaron Long.

Lawrence, who signed his new contract with the Red Bulls in 2018 against the advice of his agent at the time —an agent he proceeded to fire before signing his deal — grew agitated at not only the large deals secured by Parker and Long, but also by the half dozen left backs in MLS who were paid more than he was in 2019 despite Lawrence being widely regarded as the best left back in MLS.

The Red Bulls hadn’t planned to move Lawrence, one of the best left backs in MLS, but his unhappiness ultimately forced the team to figure out a move. They will now sell him to Anderlecht, the same club the Red Bulls sold Panamanian right back Michael Murillo to in December.

The 27-year-old Jamaican international has been one of the best defenders in MLS since emerging as a standout with the Red Bulls during his five seasons with the club. He earned MLS Best XI honors in 2018 as a key figure on a Red Bulls defense that was the best in MLS, and a unit that helped the Red Bulls win the 2018 Supporters’ Shield.

Lawrence is the latest high-profile starter to leave the Red Bulls this offseason, with Bradley Wright-Phillips and Luis Robles both let go after the 2019 season, and Murillo, who was sold in December. Wright-Phillips has yet to sign with a new team, but has been in camp with Los Angeles FC, while Robles has joined Inter Miami.

The Red Bulls had already begun to make contingencies for a potential Lawrence departure, trading $100,000 in allocation money to move up to the 10th overall pick in the 2020 MLS Draft to select Marquette left back Patrick Seagrist. The Red Bulls also announced on Thursday the signing of English right back Mandela Egbo to provide some fullback depth.

The addition of Egbo could allow the Red Bulls to deploy Kyle Duncan at left back until Seagrist is ready to be a regular starter. Rece Buckmaster is another option at right back.