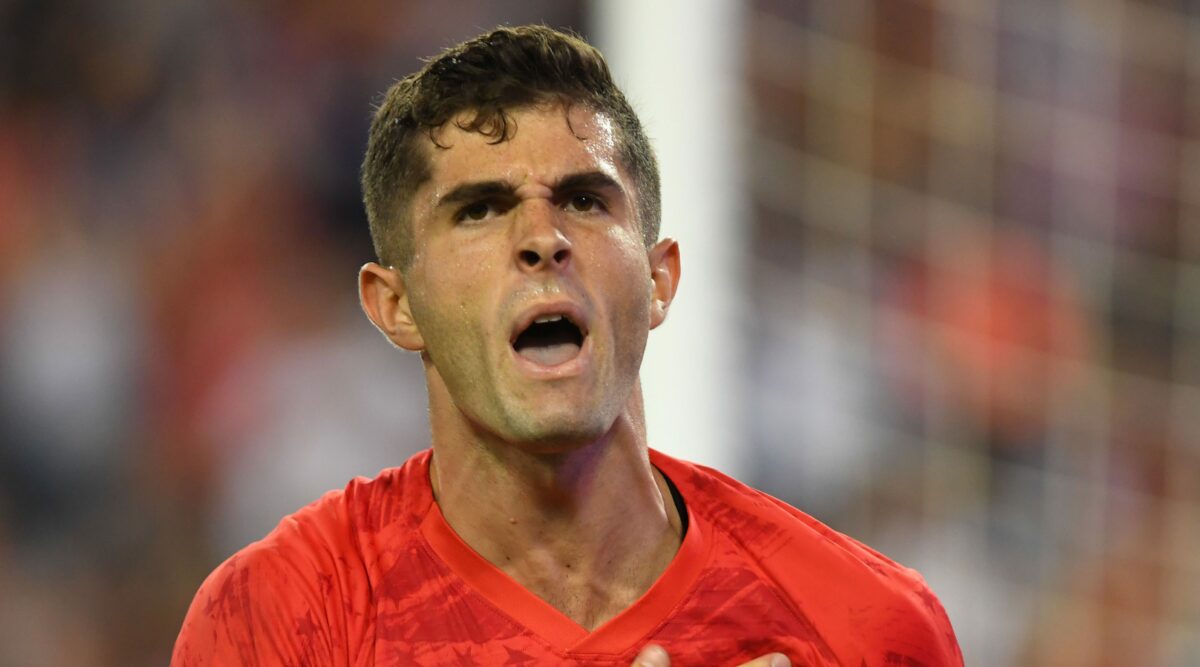 Christian Pulisic may be an entrenched starter with the senior U.S. Men’s National Team, but there is a chance that we could see him play with one of the program’s youth sides later this year.

The 2020 Olympics are set to take place in Japan in the middle of summer, and there is a possibility that Pulisic could suit up for what is essentially the USMNT U-23s exists — assuming of course that the Americans qualify for the competition.

At just 21-years old, Pulisic is age-eligible for the youth tournament and could be brought in to help lead the team if both his release from Chelsea is secured and if the USMNT‘s brass deems his inclusion is in the best interest of all parties.

“Things like that will definitely be discussed,” said new USMNT general manager Brian McBride on Monday. “That will go all the way through (U.S. Soccer sporting director Earnie Stewart), through myself, and through (USMNT head coach Gregg Berhalter) and of course Jason Kreis, who is the Olympic coach.”

Having the talented winger play in an international competition such as the Olympics could help further his development, especially after he missed out on the chance to gain experience at the 2018 World Cup following the Americans’ qualifying catastrophe. This summer’s event would pit Pulisic up against several of the game’s fellow up-and-comers, and provide another platform to further showcase his abilities.

That said, the USMNT‘s decision-makers realize it may not be in the attacker and the program’s benefit to try and rely on him in Asia this summer. The Olympics coincide with the expected initial stages of preseason for Chelsea, and having Pulisic away from his club during that important stage could hinder his chances of winning a starting spot over the course of the Premier League campaign.

As such, the USMNT leaders plan to weigh all options with regards to Pulisic’s availability.

“The positions are given away within Chelsea’s squad in the beginning of their quest to get ready for the league and we have to look at that too,” said Stewart. “We might have the influence of a player going to the Olympics but not playing for a longer period of time (at his club) leading into World Cup Qualifiers and even into a World Cup later on. It’s not an easy process.

“We will look at the talented players that we have within the player pool and then see where those gaps are and filling those with elderly players and men’s national team players that can gain that experience but very closely engaging with clubs, not jeopardizing their future at the club as well because that will hurt us in the long run.”

Of course, there is no guarantee that the Americans even make it to Japan. The USMNT U-23s have not qualified for the Olympics since 2008, missing the last two editions, and were recently drawn into a tough qualifying group that includes both Mexico and Costa Rica.

The Concacaf Olympic qualifying tournament takes place mostly during the March FIFA fixture window, but clubs aren’t obligated to release players for Olympic qualifying. That means it is unlikely players like Pulisic, Weston McKennie, Tyler Adams and Sergino Dest would play a part. The 13 Olympic-eligible players currently in the USMNT January camp, including Reggie Cannon, Paxton Pomykal and Mark McKenzie, are expected to make up the nucleus of the Olympic qualifying team.