Christian Cappis could have said yes to starting his professional career with his hometown team, the same team he cheered for as a young fan.

It would have been the easy thing to do to accept a contract with the Houston Dynamo, and allow the Dynamo and MLS to promote him as a homegrown player despite the fact the Dynamo had nothing to do with Cappis’ development. Easy, that is, if he didn’t know the truth, which is that the Dynamo never even noticed him when he was working his way up the youth ranks in Houston.

Cappis didn’t do the easy thing. He did what he believed was the right thing, which was to reject Major League Soccer’s insistence that he sign with the Dynamo rather than FC Dallas, where he spent the final year of his youth development before turning pro.

Cappis chose instead to make the jump to Europe in search of opportunity, joining a club he’d never heard of, in a country he never would have expected to be where his professional soccer dream would begin.

“The Dynamo never really came after me in the academy, and they didn’t really show a whole lot of interest in me,” Cappis told SBI. “And so I thought to myself, when it came down to being a professional, why would I want to represent a club as a homegrown player when they didn’t want me when I was younger, when that’s when they could have brought me up as their own.

“That was a decision that I made for myself . That wasn’t something that I wanted to do at that time.” 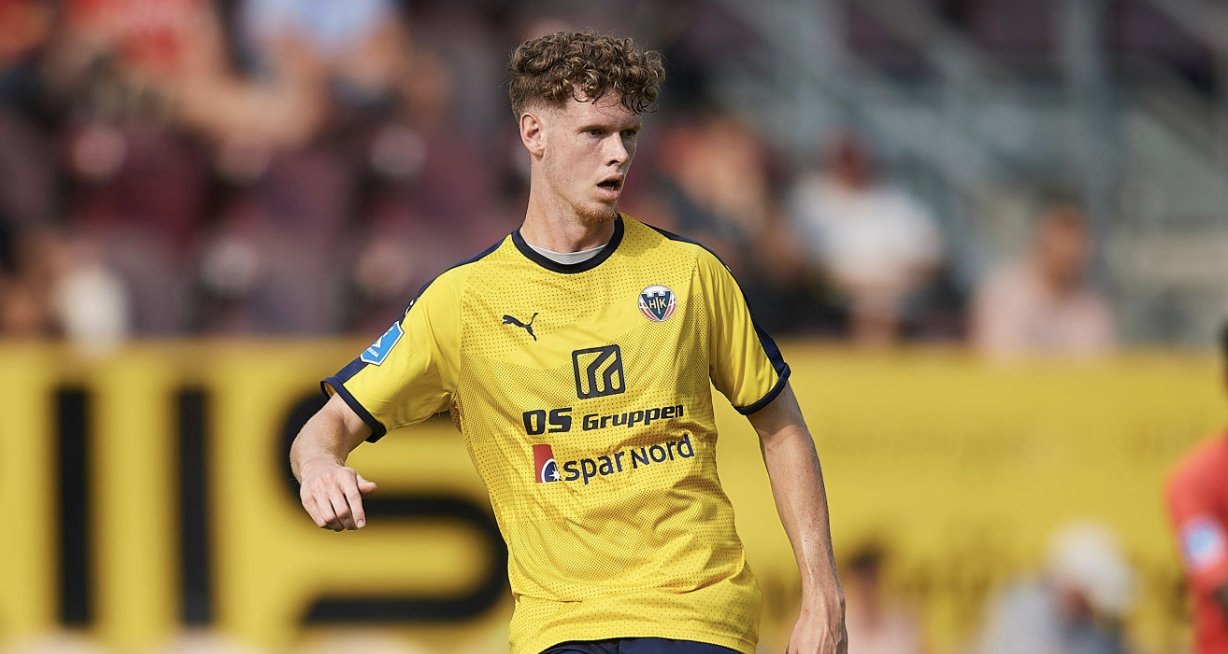 It is safe to say Cappis doesn’t regret his decision. His pro career is off to a strong start, with the 20-year-old midfielder playing regularly for Danish club Hobro, and he is set to wrap up his first U.S. Men’s National Team camp on Saturday with what could be his first national team appearance, when the USMNT faces Costa Rica.

Cappis has been one of the standout newcomers in camp, impressing with his work rate, range and ability to transition from deep in midfield into advanced attacking positions. Though he has been used in camp as a defensive midfielder, he has shown off the attacking qualities that have helped him develop into a key player for Hobro.

“Christian is a guy that we like his understanding of the game,” USMNT coach Gregg Berhalter. “He’s a good technical player, and it’s good to able to work with him up close.”

Cappis has not only impressed Berhalter, he has continued to boost his stock in the U.S. Under-23 Men’s National Team picture as a top central midfield prospect for the Olympic qualifying team.

“(Cappis) has come into this camp and he’s done a pretty solid job here,” U.S. Under-23 national team coach Jason Kreis told SBI. “He’s very interesting in that he’s capable of playing with both his feet, he’s got a nice range, he’s got a really good frame, he can play in the defensive midfield role or he can even play in the attacking midfield role.

“In his group in Hobro they play with two central midfielders and he’s typically the one that floats forward more often than the other, so he’s versatile and I think versatility is really going to matter for (the U.S. Under-23s).”

Cappis’ rapid rise into the national team picture comes a year after he made an unsuccessful late push for a place on the 2019 U.S. Under-20 World Cup squad. He was one of the final cuts on the squad, but he acknowledges that missing out on the Under-20 World Cup wound up working out in his favor.

“So for me, not making (the Under-20 World Cup team) indirectly gave me a chance the next weekend to play in some very important relegation playoffs when I played. It was my first time really getting any minutes at all. So if I had been at the World Cup, I wouldn’t have played in those games and I might not have been able to show the coach that, ‘Hey, you can trust me in a game’, and maybe I don’t come into this season where I’m at now.

“So I think, indirectly, in a strange way kind of worked out in a better way, because now I can play almost every weekend at my club as a starter, which has given me the opportunity here with the (USMNT).”

Cappis made enough of an impression with the U-20 team that he quickly found himself being called in by Kreis as a U-23 prospect. He fared well enough there to earn his call-up to the January USMNT camp as one of the 14 players in the group eligible for Olympic qualifying.

Scheduling conflicts with Hobro could make it difficult for Cappis to take part in Olympic qualifying, but he is hopeful that he can be involved, and has also set his sights on a chance at playing in the Olympics.

“Obviously, you never know in football, but I hope I’m on a roster and I hope that I can contribute to the team, and hopefully my club will release me (for the qualifying tournament), but I can’t control any of that stuff.

Cappis grew up in the Houston area as a big Liverpool fan, and remembers the USMNT’s run at the 2010 World Cup as one of the most influential experiences of his young life. He counts Landon Donovan, Clint Dempsey and Michael Bradley as players he admired growing up, but remembers another former USMNT player as his leading inspiration.

“My guy looking up to when I was younger was Stuart Holden,” Cappis said. “Coming from Houston, I can remember watching him play back at the Robertson Stadium and seeing him and the way that he played kind of in the same position that I am now in the midfield, and seeing how hard he worked and how hard he went into tackles, and how he attacked.

“Then him going over to Europe, and doing very well over there, which at the time was almost unheard of, for an American to go over to Europe and do so well,” Cappis said. “He was someone that I could look up to coming from the same areas that I grew up and being able to see him as a kid and seeing him progress through this career.

“It was something that really inspired me and I thought if he can do it maybe I can go to Europe and do the same thing.”

Cappis has seen his career take off in the past three years, starting with his time with youth club Houston Texans, where he teamed up with U.S. Under-20 World Cup standout and current Bayern Munich defender Chris Richards on a team that won a surprise national championship.

Cappis’ coach on that Texans team was current North Texas SC head coach Eric Quill, who not only helped develop Cappis and Richards at Texans, but then paved the way for them to leave Texans and join the powerhouse FC Dallas youth academy to help further their development.

“I can attribute almost all of my development to him, honestly,” Cappis said of Quill. “I think he came to Texans when I was 14 or 15, he saw me and said ‘You have potential, but you’re not there yet so how do we get you to that’.

“For the next three years he helped me so much,” Cappis said. “He never let me drop my level in a single practice or game, showing me how a professional game should be played, and how you should carry yourself in youth games. Really preparing me to go to (FC) Dallas, which was amazing.

In the short term, Cappis is hoping to make his USMNT debut on Saturday to cap off a memorable start to 2020. Beyond Saturday, Cappis knows this year could be a big one for him if can continue to impress for club and country.

“The long term goal for me is to play in the Champions League, that’s probably every kid’s dream in the MLS and in Europe to make it to the UEFA Champions League,” Cappis told SBI. “I still have time on my contract at Hobro, I’ll be happy to play my whole time there and give everything I have for the club, but you also have to look at what’s best for me in the future.

“Right now I know that I also have things that I should work on, that I’m not ready to just leave and go straight to Real Madrid,” Cappis said. “I understand that, that there’s things I have to work on to get to that level. And for me, that’s what I’m most focused on right now.”