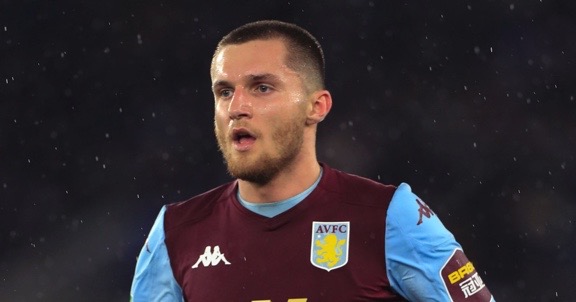 The American forward has made back-to-back appearances off the bench for Dean Smith’s side and very well could be earning his first start this weekend. Vassilev has risen to the challenge with the first team, hoping to fill the void left by the injured Wesley. Smith praised Vassilev’s abilities and impact so far off the bench this season.

“He is definitely ready to start,” Smith said. “The kid’s a bright spark, and we’ve seen that when he’s come on so far. He gave them (Brighton) problems on Saturday when he came on. It was a super ball from Douglas but, unless Indi makes that run down the side, he doesn’t drag Webster across, and Jack get in for the goal. He knows what he’s doing up there, he’s got a lot of pace, and he can run all day as well.”

Vassilev, 19, has scored six goals for Villa’s U-23 side this season, totaling 14 appearances in all competitions. His strong form saw the U.S. U-20 Men’s National Team prospect promoted to the senior squad and has totaled 62 minutes off the bench in four appearances.

He’s made his Premier League, FA Cup, and EFL Cup debut this season, now aiming to earn his first start and score his first goal. The club recently acquired forward Mbwana Samatta from Belgian side Genk, but Vassilev remains a long-term option for Smith’s side this season.

“I’ve never been afraid to go and put young kids in if I feel they’re ready. I congratulated him after the game and said, ‘You’re a Premier League player now.’ He’s surprised me in a good way” Smith said. “Sometimes when you give an opportunity to a young player they can sink or swim. He is certainly a swimmer. He has looked really good so far.”

“You can always tell how the reaction is through the other players, in their relationships with them. You can see them all behind him. He goes in and puts a shift in for them. If you do that and have quality to add to it you will do alright in the dressing room. He’s got a goalscoring ability, he knows where the back of the net is, he knows what runs to make. Tactically he’s intelligent. Physically he’s impressive as well.”

Vassilev will look to make his next appearance on Jan. 28th against Leicester City in the second leg of Villa’s EFL Cup semifinal tie. Villa host the Foxes in Birmingham, tied 1-1 on aggregate.