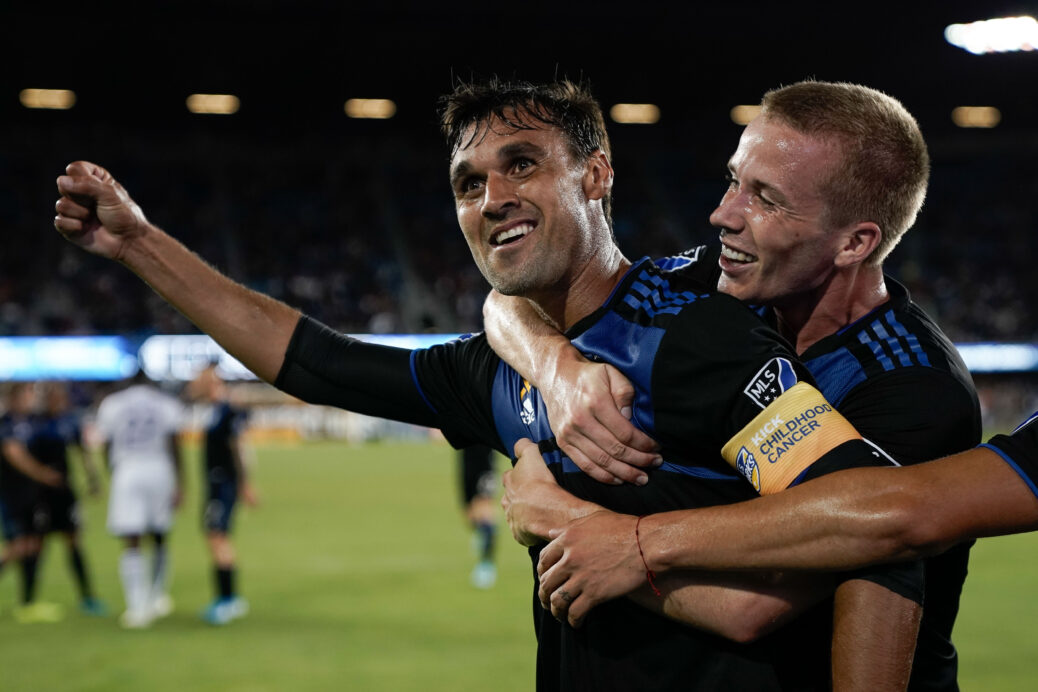 Entering his 17th and last season in MLS with the San Jose Earthquakes, 36-year-old Chris Wondolowski has only one thing on mind entering 2020:

And he’s eager to do whatever it takes to do so.

“I don’t have to worry about any records or anything else,” he said during the Earthquakes’ media day on Wednesday. “Whatever job is needed for me to do I’ll do it. If it’s coming off of the bench, I’m willing to do that, if it’s handing out water I’ll be the best water boy there is. Honestly, I’ll do whatever it takes to win this year.”

Major League Soccer’s all-time leading goal-scorer signed a one-year-deal with his boyhood club, the Earthquakes, back in October after a 15-goal campaign that seemed to surprise everybody. His 15 goals – highlighted by his record-breaking four-goal performance against the Chicago Fire in mid-May – was the most he scored in a season since the 16 goals he scored in 2015, the Quakes’ first season at then-Avaya Stadium (now known as Earthquakes Stadium).

However, despite owning several league records – all-time goals scored in league history (159), most goals scored for a single club (155), game-winning goals (44), and most consecutive seasons with 10-or-more goals (10), there’s always been one thing that’s eluded him: the MLS Cup.

“But at the same time, we’re still a ways away. We still need to make some strides to get there.”

“It would be massive (to win the MLS Cup in Wondolowski’s final season),” defender Nick Lima said. “I think that’s everyone’s goal and that would be the perfect ride off into the sunset.”

Since their revival and return in 2008, the Earthquakes have made the playoffs just three times, and just once during the Avaya Stadium era in 2017.

Despite the well-recorded tragic start to the 2019 season, San Jose made significant strides last summer, clawing back and reaching as high as second in the Western Conference behind LAFC, before crashing back to Earth in the Fall, losing their last six matches in a row and dropping 10 of their final 12 overall, knocking them out of the playoff race. San Jose needed just one win in those final six matches to qualify for the postseason.

“We have a lot to build off of,” midfielder Shea Salinas said. “We were excited about how last year went, but obviously it didn’t end the way we wanted. So we have a lot to learn from, especially the last 10 or so games.”

With just about the entire roster from last season coming back for this year, the Earthquakes have a chance to build off of and learn from everything that came their way in 2019. Unlike other teams in MLS, the Earthquakes re-signed key players like Wondolowski and Cristian Espinoza to a designated player deal, instead of going after big-name signings or getting players from elsewhere.

“We’re on the same page,” Wondolowski explained about San Jose’s in-tact roster. “I think that we know what to expect, what to do.

“Last year was more of us getting on the same page and now it’s more fine tuning of how great we can be.”