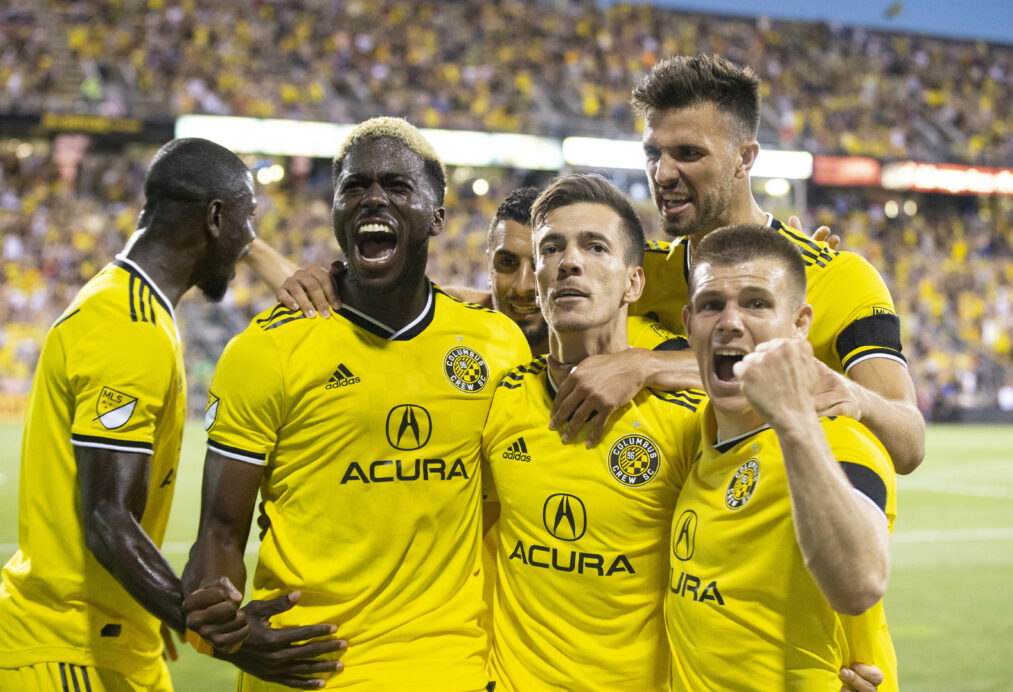 The tale of the Columbus Crew’s first season under head coach Caleb Porter was a frustrating one in 2019.

Untimely injuries tested not only the team’s depth but the sanity of its fans as the team slipped out of contention early in the season after two stretches of five consecutive losses by June saw the Crew depleted and too far back to contend.

The disappointing campaign prompted an ambitious offseason headlined by a club-record spend of $7 million on a single player in Argentine playmaker Lucas Zelarayán, in addition to adding starting quality in the defensive and attacking units, paving the way for a hopeful season in which the team is looking to be a serious contender.

“I feel like we’ve definitely picked up some key elements that help us progress into playoff mode,” Crew striker Gyasi Zardes told SBI. “But first, we have to get through the season. I really think if this team stays healthy, we can really put ourselves in a great position to make playoffs and also have a run,”

Getting through the season in one piece proved to be especially hard on the Crew last year.

“It was basically survival,” Porter said. “You can only say that you can proactively rotate if you have players that you think can still win when you put them in. Otherwise, no one cares if you rotate and lose, and that doesn’t do me any good either.

“So I think last year, we had no option to rotate, we had to play who was healthy,”

Between the glut of injuries and players departing for international duty, Porter was left fielding lineups that he didn’t always feel were ideal in a tactical sense.

Looking towards 2020, the coach is confident that the team is significantly better prepared to rotate lineups and avoid another barren well of talent when options become limited.

“With the depth that we have, with the health that now we have currently, it’s going to be really fun,” Porter said. “That means that now when we get into those windows, we can do a lot of different things, and that makes us unpredictable.”

Being unpredictable while at full-strength certainly could pave the way for an improved finish in 2020, here’s a closer look at the season ahead for the Crew: 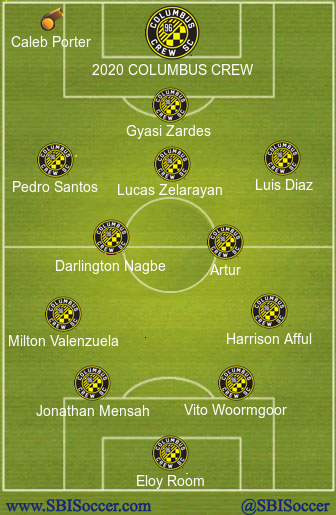 The 27-year-old Argentine is the single-highest investment the team has ever made, and he joins the team after a four-year run with one of Mexico’s most decorated teams Tigres UANL, where he racked up 21 goals in 113 appearances.

Zelarayán will be the team’s go-to option in the central attack and brings a versatile skill set to the midfield unit.

“He’s the brains of our team,” Porter said of the new designated player. “He connects well with his teammates in a combination play-type way. He also can bounce the opponent off the dribble, he’s got a final pass in him, he’s got the ability to finish as well.”

After registering double-digit goal tallies in the last two seasons for the first time in his career, Zardes now has real competition for his minutes after the Crew picked up Fanendo Adi on waivers.

Though he’ll have the benefit of Zelarayán feeding him opportunities, the club essentially got a free designated player in Adi, who desperately needs a bounceback season.

Given that the double-digit goal tally went from 19 to 13 from 2018 to 2019,  2020 will be a year that Zardes looks to up his production and minimize any thought of Porter exploring the bench.

Line by line, the Crew added starting quality in the offseason and managed to address the holes left by each of their major departures.

Eloy Room stepped in at goalkeeper in the back-half of 2019 when Zack Steffen departed for his ventures with Manchester City, and the Crew further reinforced itself with the additions of MLS veteran keepers Andrew Tarbell and Matt Lampson, who are battling each other and the team’s backup from the last two seasons Jon Kempin for the team’s second option.

“Obviously in the goalkeeper position, we want as much competition as possible. We feel really comfortable in Eloy Room as our starter, and we feel comfortable too in Jon Kempin and Matt Lampson as well.” Porter said. “But we felt when the opportunity arose to add Andrew, that he increases our competition and gives us even more peace of mind have a really good crop of goalkeepers to compete.”

Defensively, Milton Valenzuela was sorely missed in the backline last year while he was recovering from an ACL surgery that kept him off the field for the entire season. He’ll be back and is looking likely to anchor the left-back position, with the speedy Harrison Afful covering the right-back spot. Sandwiched between them, new addition Vito Wormgoor and Jonathan Mensah look to be the go-to combination.

The insertion of Darlington Nagbe made way for the departure of Will Trapp, and he’ll be holding down the central defensive support with regular fixture Artur.

Looking towards the higher end of the field, the addition of Fanendo Adi adds quality depth and a bit of workload relief for Gyasi Zardes, who’ll encounter some absences with the U.S. Men’s National Team.

The midfield looks to be Columbus’ strength, particularly with attacking support.

Portuguese DP Pedro Santos contributed 11 goals and six assists last season and will now be free to serve in a more holistic role with the addition of Zelarayán, and late 2019 addition Luis Diaz managed to account for nine goals after joining the team in July, so there’s plenty to be excited about within that unit should Porter utilize all three together.

“I’m a little bit like a kid in the candy store in the preseason, because, you know, I love what I do, and I especially love what I do when I have a team like I have right now, a good group of guys,” Porter said.

The future can be bright for Caleb Porter in his second season with the Crew. Each unit of the team has been bolstered with new talent, and if the team can avoid injury issues it has a real chance to contend to be a leader in the Eastern Conference and meet Porter’s high expectations.