Normally the thought of a deep and strong team bringing almost all of its same squad back for another season would produce automatic thoughts of future success, but a coaching changing has helped add some intrigue into New York City FC’s upcoming season.

Domenec Torrent’s departure, and Ronny Deila’s surprising arrival as his replacement, has overshadowed what has been an impressively efficient job of roster preservation by a team that also saw long-time sporting director Claudio Reyna leave the club as well.

All of NYCFC’s starters are back from a squad that finished the 2019 regular season with the second-best record in MLS. The big question surrounding the team is how smooth will the transition from Torrent to Deila be?

Don’t expect drastic tactical changes under Deila, though his early talk of improving NYCFC’s defense raised some eyebrows. From a formational standpoint, NYCFC should see a similar look to 2019.

It is easy to forget that Deila only joined the team little more than a month ago, and the past five weeks have been a whirlwind as he tries to connect with a squad that has very few new faces.

‘The whole team is still getting to know his style and what he wants from us,” NYCFC midfielder Keaton Parks told SBI. “It’s going to come and I think we’ve we made a ton of progress through this preseason. We’ve been together for four or five weeks now. So we’re definitely growing as a team and getting better and playing for Ronnie and he’s a very exciting guy and very hands on and I think everybody on the team likes that a lot.”

Working on Deila’s favor is the fact he is inheriting a veteran group that knows how to win together. The past offseason saw every other top team in MLS undergo major personnel changes, while NYCFC can boast having all of its starters back for 2020.

“Continuity is always something that you can look at it as a positive thing for us,” NYCFC goalkeeper Sean Johnson said. “Understanding each other, having those relationships that we’ve kind of developed over the over the past 12 months, 13 months now with preseason. Those are going to help us going forward in terms of sticking together and moments and and understanding how we all respond to different situations.

“The pieces that we’ve added to this group have been has been really, really great just picking up on the culture and what we’ve been doing as a group over the past year so it’s exciting.” 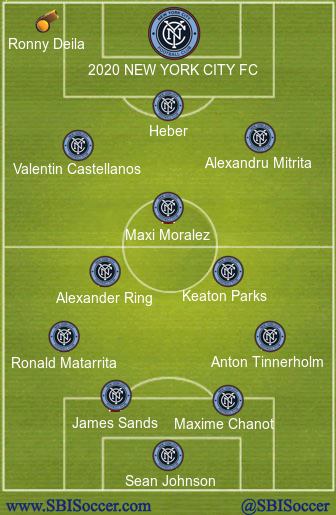 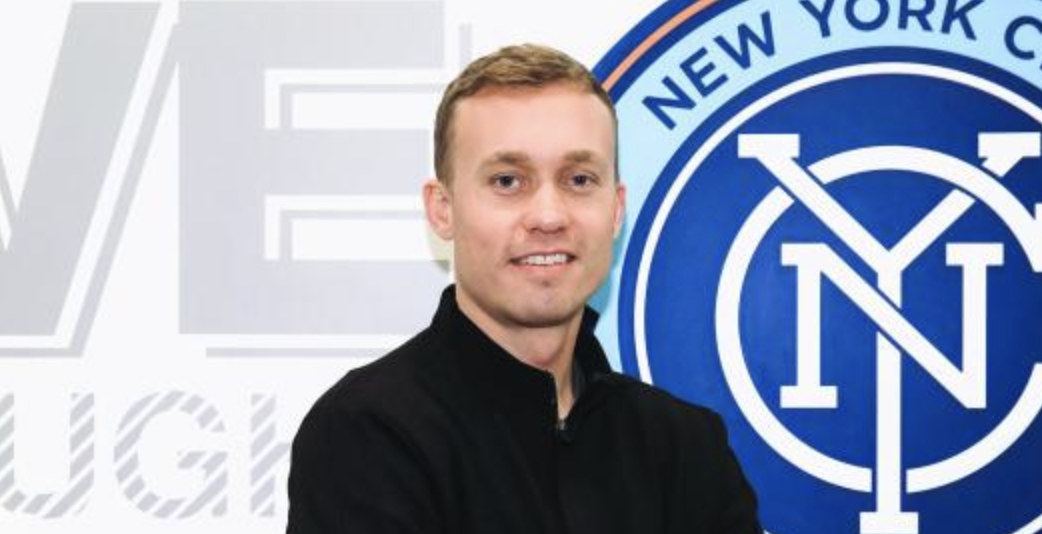 Central midfield depth was a priority for NYCFC, particularly after saying goodbye to Ebenezer Ofori and Thorarinsson gives Deila some good options as cover for Alex Ring as well as an option in a a role a bit further up the field. With Keaton Parks potentially taking part in Olympic qualifying (and possibly the Olympics), Thorarinsson should have plenty of opportunity to earn regular minutes and push for a steady role.

When he arrived early in the 2019 season, Heber didn’t carry the highest of expectations, but then he proceeded to light up MLS defenses to the tune of 15 goals in 22 matches.

Heading into 2020 Heber will be expected to carry that goal-scoring burden yet again, only now MLS defenses will be more familiar with him. A bonus on Heber’s favor is the fact he has a full year under his belt playing alongside Maxi Moralez, Valentin Castellanos and Alexandru Mitrita.

New York City FC should continue to be a high-scoring team, with all the key attacking pieces back from the group that posted the second-most goals in MLS in 2019.

Perhaps that attacking strength is what has had Deila focus on improving NYCFC’s defense. The group allowed the fourth fewest goals in MLS in 2019, but Deila singled out improved defending as an area he could see changing under his watch.

“I think he’s done a really good job of coming in and implementing certain defensive principles that will help us continue to get better defensively and continue to shore up things around the back,” Johnson said of Deila. “So it’s been a it’s been a good preseason, preparations been good and defensively I think we’ve definitely gotten stronger as a unit and really looking forward to getting out there and showing it.”

One of the key storylines to watch in 2020 is the continued development of James Sands, who had a breakout 2019 that would have been even more impressive if not for the broken arm and broken collarbone that cost him a chunk of playing time. Sands should see plenty of time this season, but it remains to be seen whether he will settle in as a regular central defender or if he will be used at centerback as well as in a defensive midfielder role.

Anton Tinnerholm played at a Best XI level in 2020, but it will be interesting to see if Deila can find some playing time for impressive youngster and Bundesliga-bound right back Joe Scally, who has looked sharp in preseason.

Ronald Matarrita has the left back spot to himself now with the departure of Ben Sweat, and the Costa Rican fullback will be looking to make up for his painful mistake in last year’s playoff loss to Toronto FC. Matarrita has failed to live up to his lofty expectations, but with World Cup qualifying fast approaching, and the motivation to be a regular with Costa Rica, Matarrita should be a candidate for a big season.

As far as the attack goes, it was clear that some players thrived under Dome Torrent, including Valentin Castellanos and Maxi Moralez. While Moralez has been Mr Dependable no matter the coach, Castellanos is a much younger player who could take time to adapt to his new coach.

Mititra’s arrival last year helped take some of the playmaking burden off Maxi Moralez, but NYCFC will be hoping for an even better second season from the Romanian designated player.

NYCFC was dominant at home last year during the regular season, but it was their play on the road that helped them finish in first place in the East. The small field conditions at Yankee Stadium made it a difficult place for teams to play, but Deila’s emphasis on tightening things up defensively could mean we won’t see as many wide-open attacking affairs from NYCFC as we used to.

Deila will ultimately be judged by results, but the key to him improving on the work Torrent did in 2019 will be how well he develops younger players like Castellanos, Parks, Sands and Scally. If he can help those prospects thrive, then NYCFC will be capable of taking a step closer to a potential first trophy. But if Deila struggles to get his message through to an NYCFC side that thrived under Torrent, then we very well could be seeing a new coach on the Yankee Stadium sidelines a year from now.