The New York Red Bulls failed to live up to their high standards in 2019, but the plan is to bounce back in a significant way this season.

Therein lies the challenge, however, as the Red Bulls have suffered key losses while not making many additions to a roster that struggled for consistency last year.

Head coach Chris Armas and his players are heading into 2020 looking to reestablish themselves as an Eastern Conference power, but how they return to that level is a bit of a question mark. Key veterans Luis Robles, Bradley Wright-Phillips, and Kemar Lawrence all departed the club this offseason, and have either been replaced from within or via young prospects.

Nonetheless, the Red Bulls are full of belief that their system and way of doing things can once again lead to success.

“What I see right now: I see a team that can score, I see a team that we are committed to defending differently than last year,” said head coach Chris Armas. “We see a back line that, there’s been some changes, but it’s a togetherness and a commitment that’s different, and we can score. My energy comes from these players. I don’t waste any energy, I won’t waste any energy worrying about what we don’t have.

“I’ve seen the team in preseason and I know that we’re hard to play against and we will produce goals.” 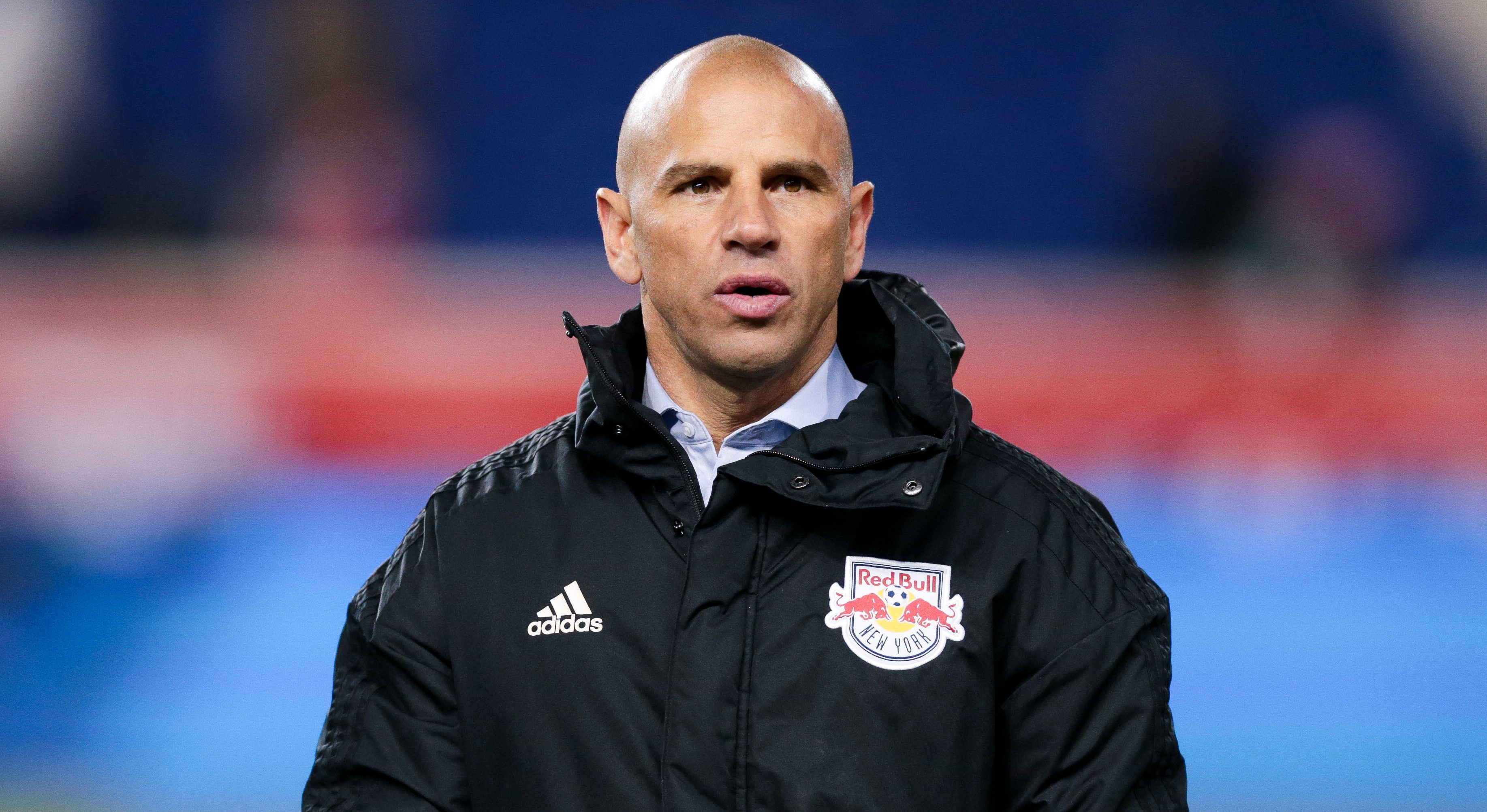 Armas may not have a roster stacked with an abundance of expensive players, but that will likely not serve as an excuse if the Red Bulls fail to become more competitive this season. Armas himself enters the campaign a bit under pressure after a topsy-turvy first full year in charge of the team, and both he and his players know they must avoid a repeat of 2019.

The good news for the Red Bulls is that they do have some key pieces returning. Aaron Long and Tim Parker will help lead the way at the back while Alejandro ‘Kaku’ Romero Gamarra, Daniel Royer, and the on-loan Josh Sims will be counted on to do plenty of the heavy lifting in the attack.

Some of the personnel may be the same as last year and the high-pressing style of play is sure to be similar, but the team will probably look a bit different tactically in 2020. The Red Bulls have tinkered with trying a 4-2-2-2 formation, and are hoping the new setup can be part of what helps them rebound this season.

“I just think as a whole the more kind of tricks you can have up your sleeve when it comes to formations and if we can give teams different looks, we’ll only be better off for it,” goalkeeper Ryan Meara told SBI. “Whether it’s that formation or the 4-2-3-1 that we’ve done in the past or even five at the back, I think we feel comfortable that we can give teams a couple different looks.

“It’s a long season and the more comfortable you can be doing some different things, I think it just sets you up for success.” 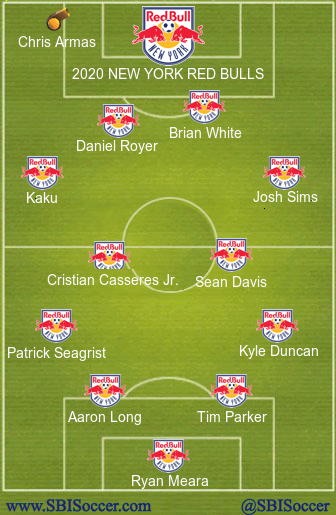 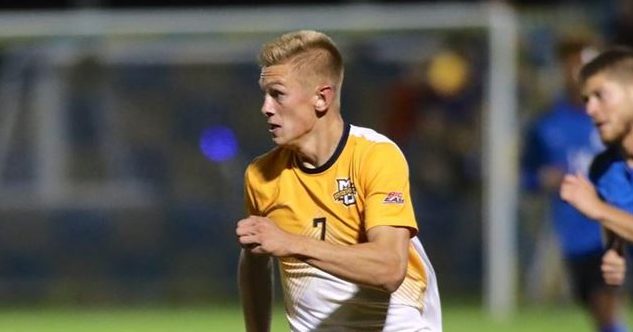 It is not easy to replace arguably the best fullback in MLS, but that is the task Seagrist is facing. The stellar Kemar Lawrence was transferred to Anderlecht in Belgium this winter, and Seagrist will have to try and fill the void on the left side of the Red Bulls’ back line.

It is a tough ask of the rookie, but the Red Bulls will need the first-round draft pick out of Marquette to step up and deliver if they are to get back to their defensively-sound ways.

“I think something we’ve been kind of harping on,” said Meara, “We went from in 2018 giving up like (33) goal and 2019 last year we were in the 50s. We want to just get back first and foremost to being a little bit tough to break down, tough to score on and just overall a good defensive team. That wins games.” 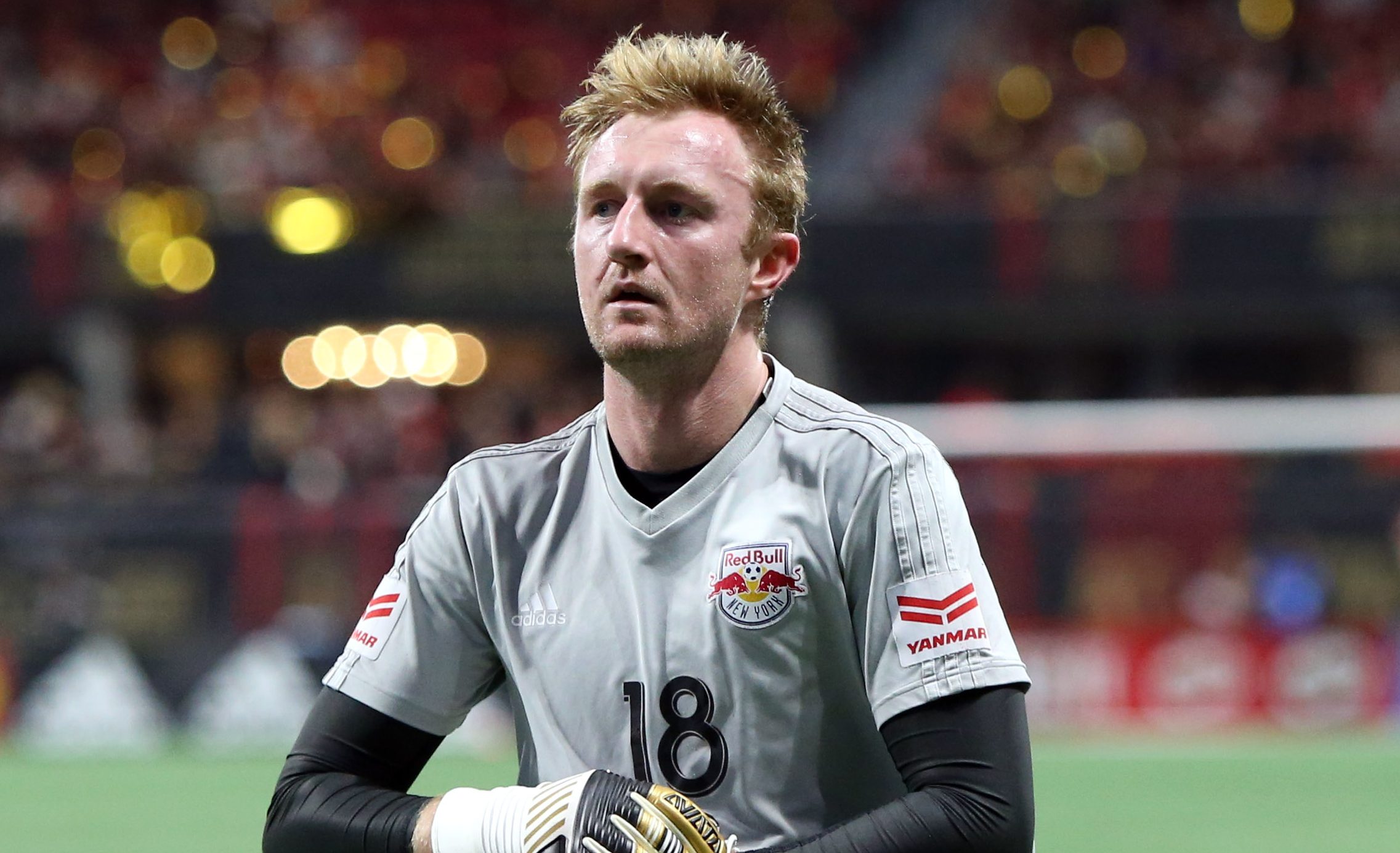 After patiently waiting in the wings for seven years for his chance to be the starter again, Meara will replace the released Luis Robles in goal this season. Robles set a standard for the Red Bulls by reliably turning in a string of sturdy and, at times heroic, performances, and Meara will have to continue to do so without missing a beat if the the club is to accomplish its goal of being strong at the back again.

The 29-year-old goalkeeper will have serious competition breathing down his neck after the team went and signed Danish goalkeeper David Jensen from abroad. That said, it will be Meara’s spot to lose.

“Ryan has been around and he’s gotten the reps in preseason and he’s going to be given an opportunity,” said Armas.

There is no sugarcoating that 2019 was a rough year for the Red Bulls. The club not only suffered the most home losses in a single season at home at Red Bull Arena, but also finished sixth in the Eastern Conference and was eliminated in the first round of the playoffs.

All this a year after coming within a game of MLS Cup.

While the team as a whole admittedly did not live up to its own expectations, a lack of focus from key players at different moments was cited as one of the main reasons for the struggles. The Red Bulls believe they can do a better job of avoiding outside distractions this campaign, and that doing so will pay dividends across the board. 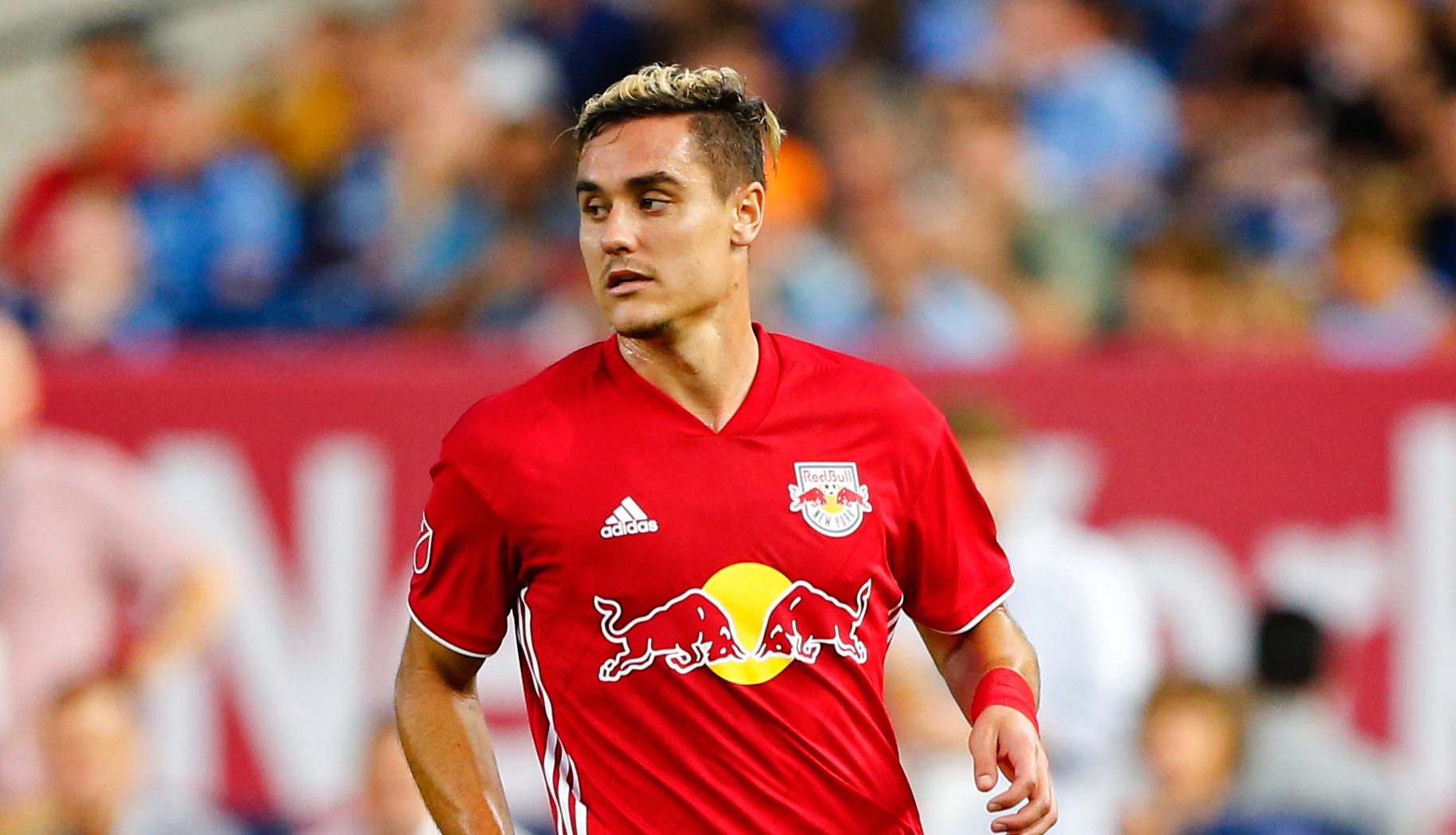 “What I promise you is the team is more together than I’ve ever seen it,” said Armas. “There’s a real togetherness that each guy is committed to what we’re trying to do off the field, which is connecting, getting outside your comfort zone, spending time with each other. On the field, there’s a real, real commitment to what we’re doing.

“It sounds easy when you talk like that. You think everyone is always committed, but I promise guys are really buying into the style of play, which is very, very demanding. Over the course of time, sometimes it’s hard to meet those demands, but right now there’s a real hunger and love for what we’re doing.”

The Red Bulls will not only need renewed commitment from their current group, but returning players will also have to step up and take their games to another level. With so few reinforcements added to the squad this winter, regular starters like Aaron Long and Alejandro ‘Kaku’ Romero Gamarra and returning on-loan attacker Josh Sims will have to make their presences felt in matches even more so in 2020.

There is also the matter of players having to grab bigger leadership roles. Long-serving captain Luis Robles and reliable goal-scorer Bradley Wright-Phillips have joined other teams, which means the Red Bulls will have to turn to younger players like Long, Meara, Tim Parker, and Sean Davis to guide the group both in the locker room and on the field.

“From a team standpoint, it’s tough to replace those guys,” said Meara. “They are talented players and they have delivered for us many times over the years, (but) our team and organization takes a lot of comfort in our system, where someone can come in and know exactly what their role is at any position throughout the field.”

The Red Bulls will need that to be the case, as any growing pains could doom them to another frustratingly mediocre season or worse. The team endured a tough campaign in 2019, and a repeat of that might really put pressure on the club to make significant changes both to the roster and identity.

The Red Bulls are confident that will not be the case, however. They believe in their talent and system, and think that combing those with a team-first mentality will help them return to being one of the top contenders in the Eastern Conference this year.

“Obviously the end goal for every team going into the season is MLS Cup,” said Meara. “If you don’t start on Day 1 of the season thinking you have a good chance at winning it, you might as well not even play the season. That’s our goal, but within that we know there’s so much work to be done to get there.

“We try not to look too far forward and take it one day at a time, one game at a time, and keep improving. That’s really the name of the game. You want to keep that momentum going forward.”