The 2019 season marked the second consecutive campaign that Real Salt Lake reached the Western Conference semifinals before being bounced from postseason play. Despite no trophies, it was a positive season, one which saw Freddy Juarez take over as head coach and lead the team to a third-place finish after Mike Petke’s firing.

Now with Juarez heading into his first full season as head coach, the goal of returning to the playoffs remains that much tougher after the loss of several key players. Nick Rimando, Sebastian Saucedo, Jefferson Savarino, and Brooks Lennon are all gone, but the 41-year-old remains confident in his team going into the 2020 regular season.

“Last season was the second straight time where we were eliminated in the conference semifinals and our players were left with a bad taste in their mouths because we knew we belonged to be there,” Juarez told SBI. “We know we are a good team, but there is more growth that has to come and everyone needs to continue to work towards what we’re striving for.”

“I think we have a good young team and a lot of the players we started with a few seasons ago now have several playoff games under their belts. We lost a few guys which is going to be tough to replace, but we are confident that the group we have can be impactful. We’re on the up and we want to use that playoff exit as motivation.” 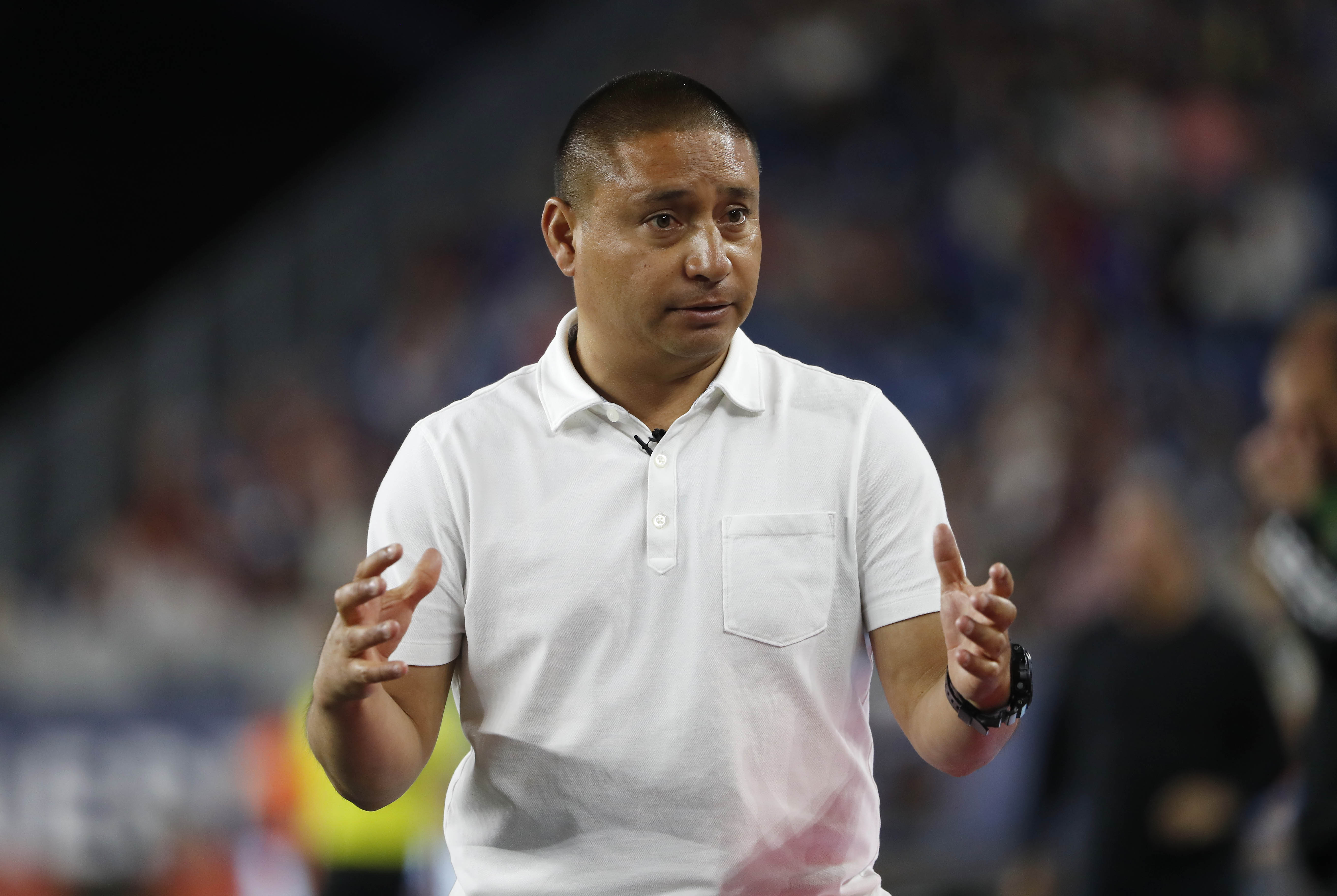 A majority of last season’s squad remains coming into the new season, with some key players being signed back this offseason. Longtime veteran Kyle Beckerman signed a new contract, Marcelo Silva and Donny Toia were re-signed, and Everton Luiz was acquired on a permanent deal with Italian side SPAL. Paired with the arrivals of Justin Meram, Ashtone Morgan, Zac MacMath, and Alvin Jones, the team remains a tough competitor in the stacked Western Conference.

“Spirits in the locker room have been pretty high this offseason,” Corey Baird told SBI. “Having guys like Kyle and Luke [Mulholland] back is a plus since they are older guys who have been here before and can help the younger players out. It’s a good collective group we have here and it makes practice go that much more smoothly when everyone is happy.”

“Getting Kyle back was huge since he is a legend within the club and our leader on the field,” Juarez said. “We had some young guys whose contracts were expiring so we rewarded them with new contracts and how much we value them. We want these guys to embrace it here and put their heads down and represent RSL in the best way. Donny and Marcelo were two other players we enjoy having back and the club did a great job in working these moves out.”

Offensively, the Utah-based club will look to replace playmakers Savarino and Saucedo who moved to Brazil and Mexico respectively. Albert Rusnak heads into his fourth season with the club, looking to reach the 30-30 milestone for career goals and assists this season. The 25-year-old Slovakian, who will be joined by Corey Baird, Damir Kreilach, and Sam Johnson in the offensive front, remains one of the more underrated No. 10’s in all of MLS.

“I told Albert that he is going to be our Hazard, our Modric, our No. 10,” Juarez said. “His work rate is really good and sometimes he can use his ability to steal the ball off of center backs feet, but I value him because of his soccer knowledge. If we can get the ball to him he can make things happen. Technically, I don’t know if there is a better player than him in the league. It’s unfortunate that he doesn’t get the recognition that he deserves.”

For the first time since 2006, RSL will have a new goalkeeper in between the net with Rimando retiring following the 2019 season. Veteran Zac MacMath was acquired in the offseason, while Andrew Putna and U.S. Under-20 Men’s National Team product David Ochoa are also in the mix for the starting role. All three bring something different to the table and all three could be the one starting opening day against Orlando City.

Here’s a closer look at Real Salt Lake heading into 2020: 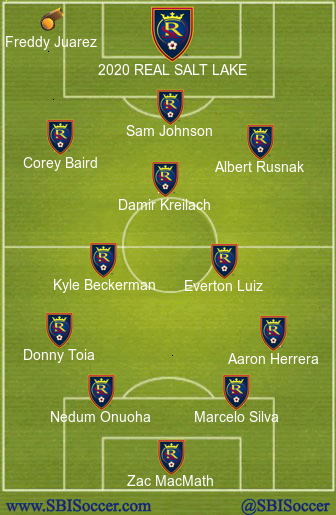 Meram’s arrival gives Freddy Juarez an experienced attacking option to add to his mix of underrated talent. After four goals in 30 appearances between time with the Columbus Crew and Atlanta United in 2019, Meram makes the move to the Western Conference for the first time in his career. He should provide valuable experience to a team that is aiming to build off a third place finish last season.

Baird won the 2018 MLS Rookie of the Year award after recording eight goals and five assists, giving RSL fans a bright talent for the future. However, his numbers dropped in 2019 to five goals and four assists despite playing over 200 minutes more. The 24-year-old will need to be more threatening in the final third if he wants to keep several other attackers out of the stating lineup.

Real Salt Lake were one of the surprise stories in 2019, finishing third in the regular season and earning a playoff win at Rio Tinto Stadium.

With Juarez heading into his first full season in charge of the club, the goals remain the same as before. A playoff berth is something this team is chasing once again, but a consistent regular season is also a hope with the likes of LAFC, Seattle Sounders, and the L.A. Galaxy all favorites in the West.

“We want to be known as one of the teams that puts in the effort and is hard to beat anytime of the season,” Juarez said. “We want that in our DNA as a club and that started a little bit last season and now it’s about carrying it over to 2020. We got some big wins and some good results on the road and its something we would truly love to do more of this season.” 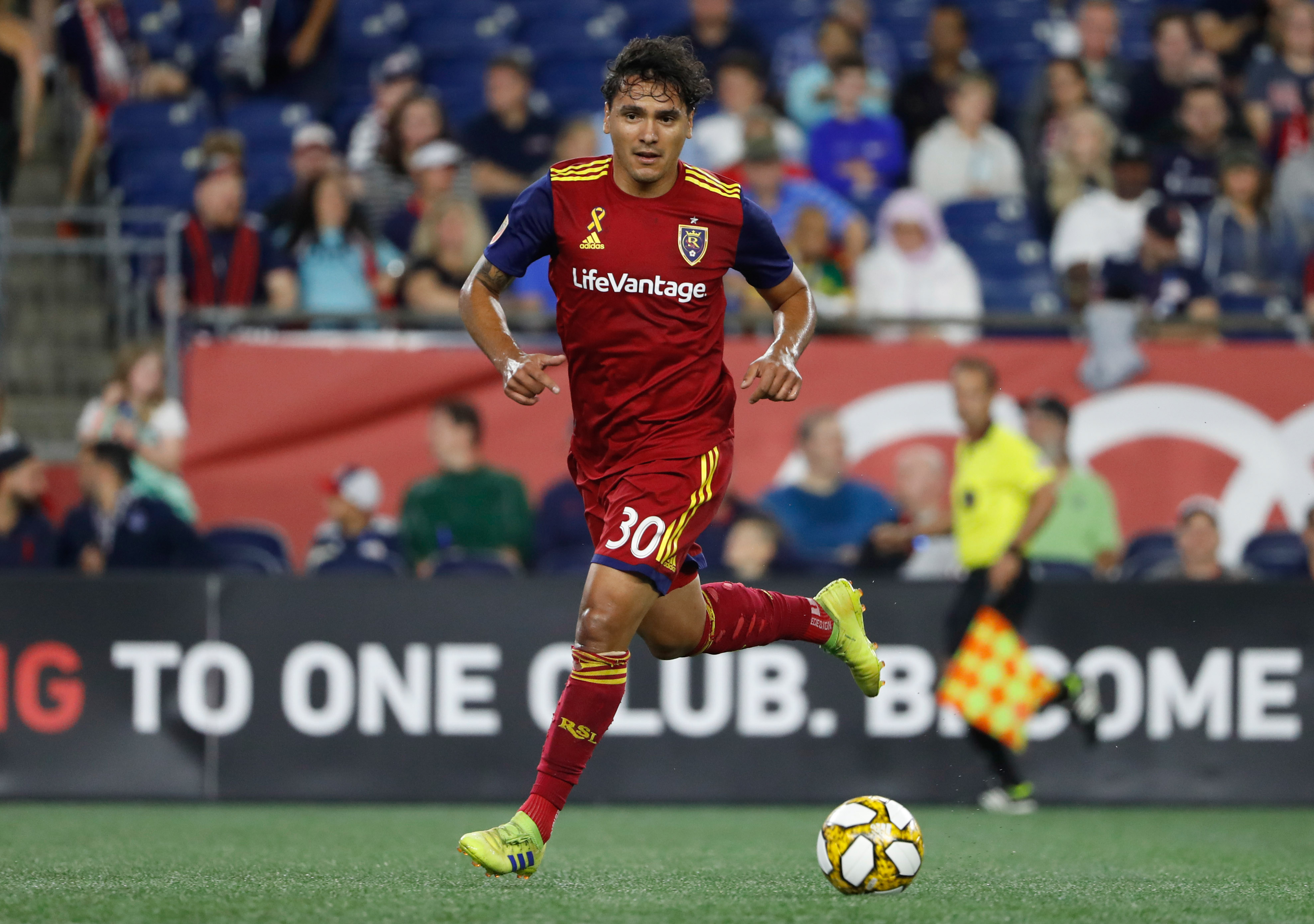 RSL has the talent to play with any team in the Western Conference after earning wins last season against the Philadelphia Union, Seattle Sounders, NYCFC, and Atlanta United. However, after 12 wins at Rio Tinto Stadium, the team only picked up four road wins in 2019, a trend which will have to change if they want to take the next step this season.

“This league is tough, 100%,” Juarez said. “We’re not sitting here saying we just need to be better on the road or at home, we need to be a better team all around. In all aspects we’re trying to grow into a better group. We’re hoping that everything we learned last year we can take into bigger effect this season. That is the goal.”

The 4-2-3-1 formation is likely to be used once against by Juarez and his coaching staff, with numerous familiar faces returning to the fold. Kreilach, Baird, Johnson, and Rusnak will run get the bulk of the scoring opportunities, after combining for 30 goals and 14 assists in 2019.

Beckerman and Luiz’s physical play in midfield should take pressure off the backline, which has several consistent performers returning. Nedum Onouha and Marcelo Silva aren’t marquee names in MLS among other centerbacks, but they are experienced and fit the way that RSL wants to play.

There are some tough position battles to watch in the early part of the season, with goalkeeper and centerback at the forefront. U.S. Under-20 goalkeeper David Ochoa is trying to push veterans Zac MacMath and Andrew Putna, while Justen Glad is fresh off a USMNT camp appearance and has a strong chance of returning to a starting role in central defense, though veterans Nedum Onuoha and Marcelo Silva won’t make it easy.

RSL will have some good depth, but will need to overcome the losses of some key attacking pieces in order to have a chance of repeating last year’s success, and staying competitive in the ever-improving Western Conference.

“We aren’t too worried with another team coming into the conference and how that could effect the playoff race,” Baird said. “We know we have to be better on the road and I think if we get a few results here and there then it could pick up momentum as the season goes on. We just need to keep playing the RSL way and if we do that then we could have another positive season.”