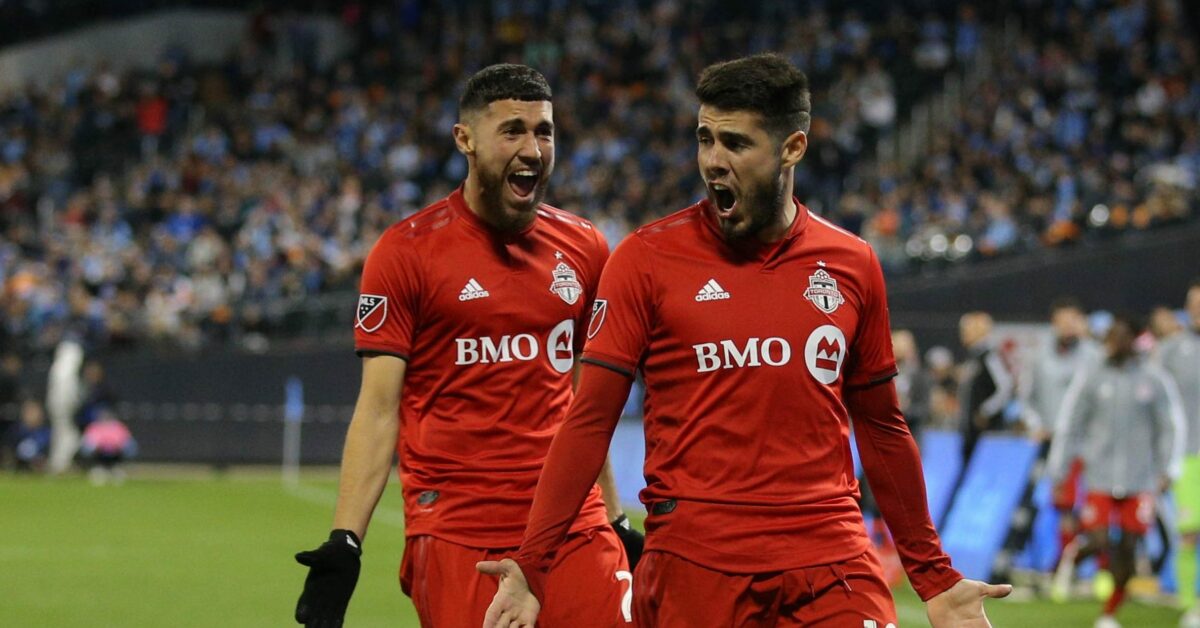 Just one season after failing at the final hurdle, Greg Vanney will be hoping to lead Toronto FC one further this year.

Having finished in red-hot form going unbeaten in their last ten games, Toronto FC peaked at the right time, defeating D.C. United, New York City FC and Atlanta United en route to the final. Brian Schmetzer’s Seattle Sounders, however, proved a step too far. This season, the objective is clear for Toronto.

“The club is at a stage where we expect only the best from our team. We want to fight for the Supporter’s Shield,” Jonathan Osorio told SBI.
“Obviously the big objective is the MLS Cup, but we also want to win the Canadian Championship and get back into the Champions League.”

Last season, Vanney’s men got off to a great start winning their first three out of the gate but suffered inconsistent patches of form throughout the year. This year, they will have to make do without club captain Michael Bradley early on. The U.S. Men’s National Team mainstay will miss the first four months of MLS action and will undergo an unspecified ankle injury.

“We’ll miss his leadership on and off the field the most. He’s a great player,” said Osorio. “It’s not going to be just one player to replace him, a few different players will have to step up.”

“We needed a piece that can threaten in behind the opposition,” Greg Vanney told SBI. “We have good passers, we have guys who are good between the lines but we needed someone different. Someone who can glide past the opposition in one-on-one situations. We got Piatti.”

Coming off two final defeats, including one against fierce rivals Montreal Impact in the Canadian Championship, the Reds are eager to right last season’s wrongs and compete on all fronts once more. Piatti’s arrival is a clear message of intent from the club: TFC are all in for 2020. 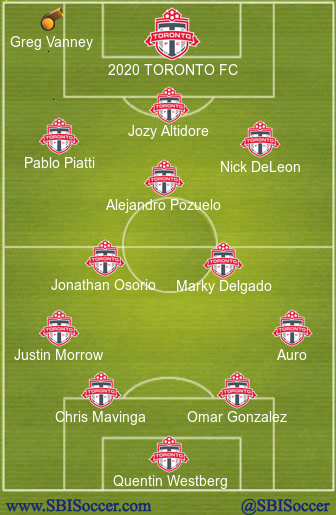 Following a quiet off-season, Toronto FC added Piatti as their third Designated Player. The 30-year-old holds a plethora of experience playing close to 300 games in La Liga and will slot in on the left-wing of Vanney’s 4-3-3 alongside Jozy Altidore and Alejandro Pozuelo.

Concerns remain over his fitness as he missed most of 2019 with a cruciate ligament rupture, only returning to action in September. Regardless, Toronto FC are hoping Piatti can be their X-factor and get them over the line. 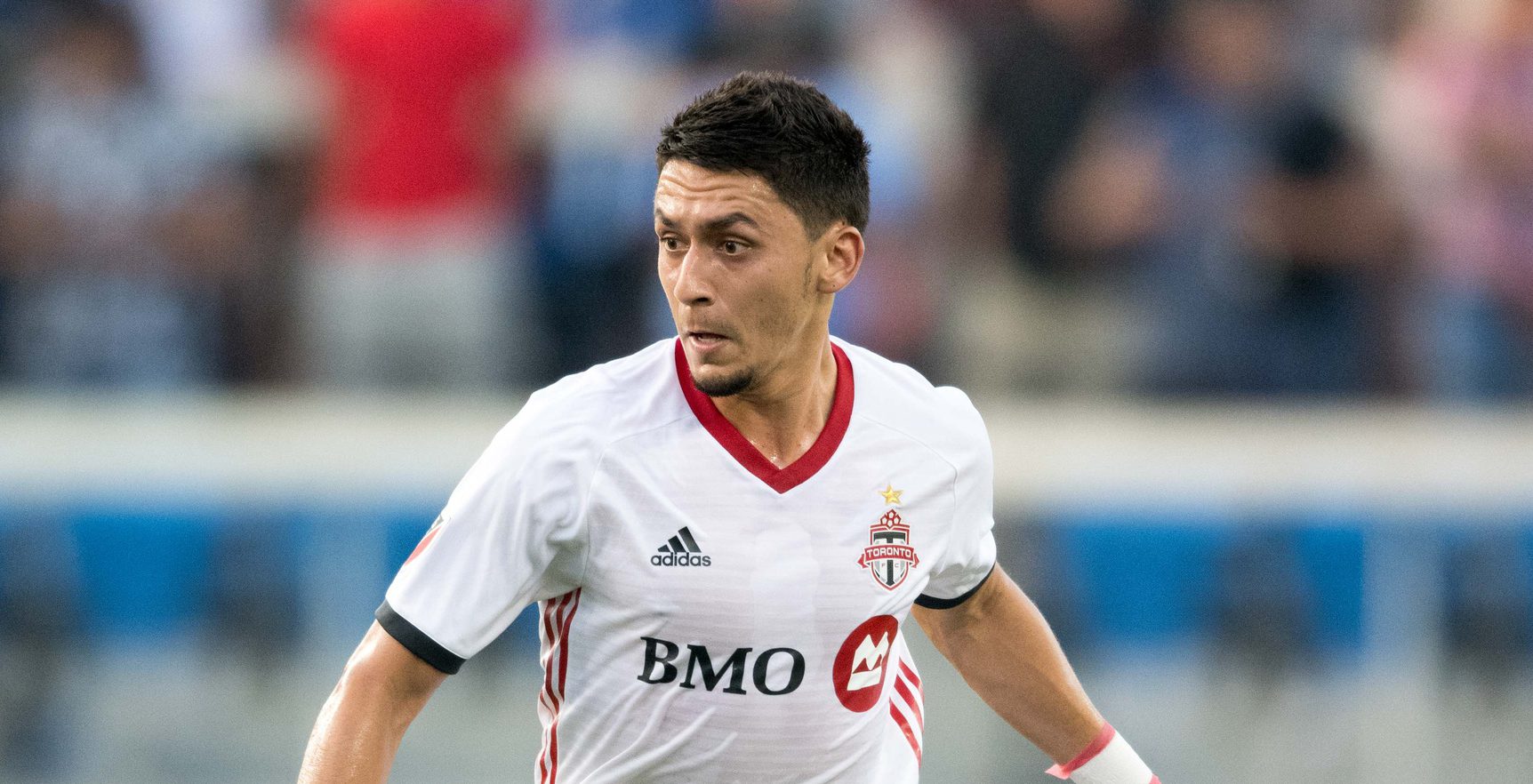 With Bradley missing a significant portion of the year, Marky Delgado will need to step up in the middle of the park. A big season could help the 24-year-old solidify himself as a national team regular.

Last year, Delgado featured the most among Toronto FC’s outfielders, netting three goals and registering five assists. With his contract set to expire in 2020, this is a good opportunity for Delgado to prove he can take on an even bigger role.

Going into the new season, Toronto FC’s roster remains relatively unchanged beyond Piatti’s arrival. As a result, expectations will be high for Vanney’s men. After all, the same roster went all the way just a season ago.

“The Supporters Shield is our objective but we’re taking it one game at a time. We like our back-line, we like our midfield, we like our attack,” said Vanney. “We won’t concern ourselves with the playoffs yet. When we get there, we’ll recalibrate.”

Last year, Toronto FC’s form away from home left a lot to be desired and the side finished with a 4-7-6 record outside of BMO Field. For Vanney, it’s all about continuity and finding their rhythm, something he believes they should be able to achieve this year.

“The first half of last season we didn’t have a team that was put together,” said Vanney. “We want to be consistent and we want to defend better. We have a lot of the same pieces from last season, which should help with this.” 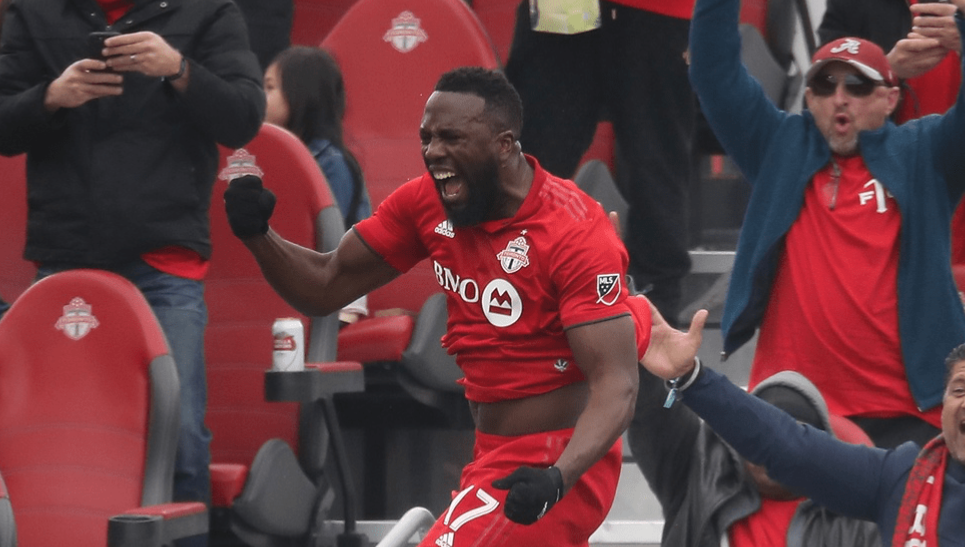 The experienced partnership of Omar González and Chris Mavinga will be returning while academy player Rocco Romeo is expected to make the step up to the first team. Last season, Vanney’s men were all too guilty of switching off in their own third, conceding 52 goals, joint for fourth-worst in the Eastern Conference.

In the midfield, Osorio and Delgado will need to hit the ground running in Bradley’s absence. The duo complement each other nicely in a double-pivot and are as well-rounded as they come in MLS. “Guys will need to step up. There will be an opportunity there for Liam Fraser,” said Vanney. “When he stepped in last year, he showed promise. It’s going to take a collective effort to deal with Bradley’s injury.”

Up front, Vanney will be hoping to integrate Piatti into his eleven alongside Pozuelo and Altidore. Coming off a serious knee injury, however, expect the Canadian tactician to rotate Piatti often. Budding wingers Jacob Shaffelburg and Erickson Gallardo have demonstrated they can be relied upon and could yet see their minutes increase in 2020.

Academy graduate Jayden Nelson has also impressed in pre-season and could make the leap to the first team. Unlike the beginning of last season, Toronto FC are heading into the new year with deep attacking options, which should give Vanney some much-needed tactical flexibility.

“There was no need for us to go change a lot of things up. We focused on adding depth around the fringes, and we wanted to bring some of the academy players along that are showing real potential,” said Vanney. “We were more focused on that rather than making wholesale changes.”

Following a summer of stability, Toronto FC look primed to be contenders this season. While they have the offensive firepower to get it done, their success will ultimately depend on their defensive improvement.