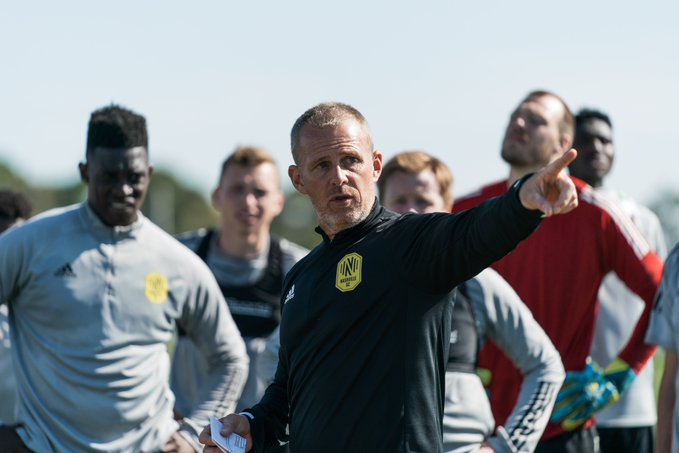 Nashville SC’s 2020 maiden voyage to MLS has been in the making since its expansion bid came to fruition in 2017, providing a three-year runway to prepare itself to scale up from USL play.

Since 2015, there’s been at least one expansion side in the league, to varying degrees of success, and there’s no blueprint for instant gratification. Regardless of how much cash is splashed on a roster, there’s no guarantee that it was spent correctly, or that the highest priced investments will remain a pillar in a new team’s core.

The man in charge of the Western Conference’s newest side is Gary Smith, a 51-year-old Englishman who had a 12-year playing career across the ranks in England.

He’s no stranger to MLS life though. Smith’s first-ever coaching stop was with Colorado Rapids back in 2008 where he won the MLS Cup in 2010, but he’s been a keen observer of how much the league has changed over the last decade.

“I mean, there’s been numerous changes in MLS since the Cup in Colorado. I think the league’s come an awful long way when you look at some of the talented players are now attracted to play in in this country at the top level, it’s raised the bar,” Smith told SBI. “And if you watch how we’re evolving as a group, I think you’ll see some of those changes as well,”

The run-up to the season certainly did see Nashville construct a talented roster, boasting the defensive prowess of Walker Zimmerman, Daniel Lovitz, and Dax McCarty.

“If you think about the way that a number of teams in recent years you know, have fallen forward of just becoming a bit of an easy touch. Certainly, in terms of conceding goals, you know, one of the thoughts in our mind was to make sure that we’re competitive,” Smith said.

In order for Nashville to not be the easy touch of expansion teams of the past, monetarily, Smith’s roster construction was focused on adding quality on the attacking end, led by dynamic playmaker Hany Mukhtar, who represents the club’s first-ever designated player, and intriguing MLS newcomer Randall Leal.

“I think you’d probably find if you look at the statistics in the way that our budget has been spent, that has been far more money spent and the top half of the field in there as in that backline, or anywhere else, and now Walker is a recent addition and, you know, one that you can look at and say, cost a tidy penny,” He said. “But if you look at the likes of Hany, Randall, and David Accam who you know ever so well, of course, from previous years in MLS. These guys are extremely capable. You know, we’ve got enough talent in the group to be purposeful at the top end of the field.”

Here’s a closer look at Nashville’s introduction to MLS: 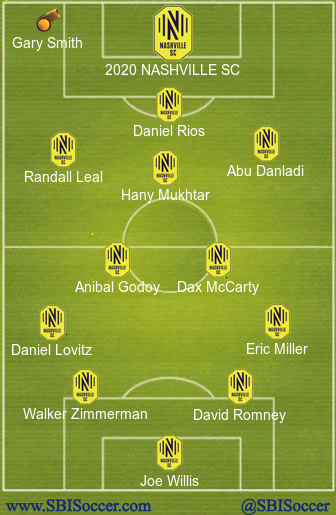 The 24-year-old German playmaker represents the first DP in team history. He’ll be prominently featured in the attacking midfield role and has already earned high praise from Smith, who carefully considered the investment.

“Bringing a designated player into the group, you know, you hope a couple of things number one, of course, the technical ability and talent that you have seen and has been successful elsewhere is prevalent in training and in the opening games that you play.

Secondly, you hope the personality of that individual and the character is a good one, and he’s ready to take on bold, you know, some of the team aspects and be able to then bring his own position to life and show some creative qualities.

I think lastly when you bring a player in have this sort of talent and stature, you hope they get to be a good role model with a nice, you know, positive asset to the group in general, and Hany takes all of those boxes. He’s been such an effervescent personality on and off the field and is a terrific person. He’s worked very, very hard.” He said.

Fair or unfair, the pressure will be on Smith to find a way to win in the west with a brand new group. After spending the last couple of seasons in USL, you can’t help but think of and wonder if his stay in the 2020 season will resemble something akin to Alan Koch’s tenure with FC Cincinnati in 2019.

After etching the 2010 MLS Cup on his resume, Colorado parted ways with him in 2011. From there he had a brief stay with EFL League One side Stevenage before being sacked and came back to the United States in 2014 to coach the now-folded NASL side Atlanta Silverbacks without much success prior to joining Nashville for the inaugural USL run in 2018.

After a decade away from the league, the coach will have to catch up to the modern era in a hurry.

The confines of the Western Conference will work against Nashville in regards to difficulty, but the early indications of what the team can control seem to be going well.

Corralling an entirely new group can be daunting, let alone the pressure of representing a spritely new market hoping for a respectable first run in the new league, but the group is healthy and Smith is pleased with what he sees so far.

“Well, if somebody had shown me a picture of where we’re at at this point structurally, where the players are at in terms of their relationship and understanding of each other, the atmosphere around the group, and of course the workload and the health that these guys have maintained throughout, I’d have a bit their hand off,” Smith said.

In regards to the players, Smith seems to have a full backing and a shared alignment with the team’s training camp going smoothly.

“It’s been great for me,” Daniel Lovitz told SBI. “Very early in our conversations I knew that Gary and I kind of saw the game the same way and he was somebody that I could really get behind their message and their style and how they manage. I think that’s a huge, huge part of a player’s career. Hopefully, they can run the coaches like that.”

“More times than not, that hasn’t always been the case and will always be, you know, kind of luck of the draw for people so to land here and as some of my Gary the helm is, you know, a deep relief for me and to know that we’re going to work hard and we’re going to do it for a reason, and everybody’s behind it, and he’s compiled a team full of really hard workers and it’s awesome.”

The outlook for an expansion team is usually bleak in regards to results, Nashville will likely follow suit in that way. The case for optimism in the future can be built upon identifying which players have a future with the team though, and on the defensive end, there’s a sold core unit that should be able to take some pressure off of goalkeeper Joe Willis.

There are questions about who’ll be the best solution in the right back position, but the combination of Lovitz, Zimmerman, and Dave Romney is a better start to build on than most expansion teams were afforded initially.

To go-to options can be found in the defensive support of the midfield with readymade captain-type Dax McCarty, and regular Panamanian international Aníbal Godoy.

Being defensively sound isn’t enough to make Smith restful though.

“The one big challenge of course, for every team coming into an inaugural season is finding the connections,” He said. “Yes, it’d be great if we can be competitive and make life difficult for any team we play against, but we know full well that if we can’t score goals, and we’re not going to create, then it’s gonna be a long, hard season. So there’s it there’s a fine line and there’s a balance over time I hope we see the picture evolve nicely.”

Apart from Mukhtar, the attacking support will feature 23-year-old Costa Rican winger Randall Leal, who comes from CONCACAF Champions League regular Saprissa where he was good for eight goals in 21 appearances in the last two seasons. Options of MLS veterans Dominique Badji and Abu Danlani could round out the unit, but there seems to be a need for an additional de-facto difference-maker if someone can’t step in and own the role.

A true toss-up is found in regards to a primary striker. The MLS tried and true option of David Accam is there, but Daniel Ríos is making the jump to MLS with the team and his 21 goals in 30 appearances of USL play could prove worthy of an audition to claim the position.

However the initial starting XI shakes out, the team has two additional designated player positions open and could find itself at a talent deficit by that measure, but if it can find an identity and fill any glaring needs in the summer transfer window, its best-laid plans for next season will involve the top performers of 2020, and on paper, Nashville looks to have a handful of candidates.

“Some of the guys that we’ve recruited, of course, a very talented and as you see around a lot of teams now, the guys are getting younger and younger, there’s some extremely good talent in MLS now. So, we’re no different in that aspect. Smith said. “We hope can be a real success not only in Nashville, but maybe somewhere further down the line as well.”

It almost seems unfair to have Nashville open up the season hosting Josef Martinez and the high-flying cast that is Atlanta United, but it isn’t the most extreme circumstance you could have.

“There were two years when I was with Toronto where we started the first 10 games on the road to stadium construction, and while a lot of people, externally, or even some internally had doubts about what that meant for the start of the season, It was an incredible blessing in disguise, in my opinion, to have that trial by fire and to be put in extreme circumstances early on. Lovitz said. “I think the best teams in MLS historically have been teams and expect to win every game.”

Looking beyond the marquee home opener, Nashville has road games against Portland Timbers and Eastern Conference Champion Toronto FC in the following two weeks before returning home to host a rejuvenated Columbus Crew.

“In reality, we understand the challenges. We realized there are going to be some difficult weeks and possibly even, you know, run a run of games that are going to test our resolve. But I think that’s what makes a good group and a group that are going to crumble when I feel as though we have the right personalities.” Smith said.

“I feel as though we have the right type of characters.”