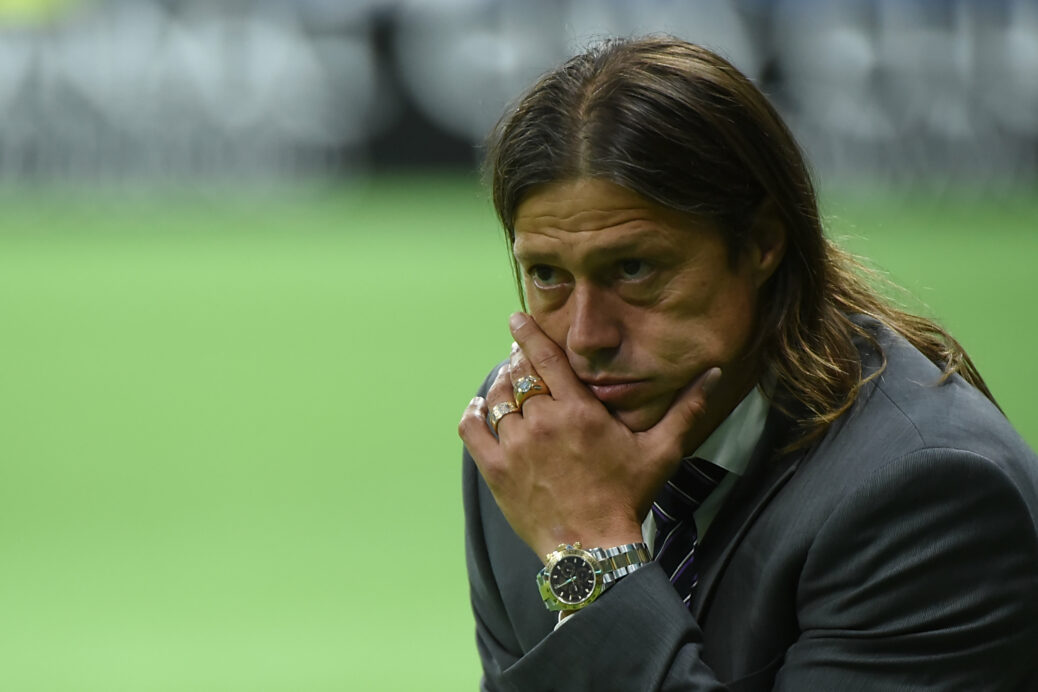 Earlier in the week, second-year San Jose Earthquakes head coach Matias Almeyda stood in the offices at the newly-named Earthquakes Stadium in San Jose and opened a white box that contained his own bobblehead.

“Oh my God,” he said in English, a rarity for the Argentine.

That “Oh my God” toward his own bobblehead was a similar phrase by any and everyone around the Earthquakes throughout last season – from the four-match winless start, to the hot summer, to the collapse of the final six matches that saw San Jose crash out of the playoffs and, once again, miss the playoffs.

The Earthquakes were one of the few teams in MLS with as little turnover as possible. The club only lost midfielder Anibal Godoy (Nashville SC), defender Harold Cummings (Union Española, Chile), and backup goalkeeper Andrew Tarbell (Columbus Crew) while bringing in Mexican international and former Chivas defender Oswaldo Alanis and first-round draft pick Tanner Beason out of Stanford. The rest of the roster stays the same from last season.

Whether or not that’s a good thing will be seen and critiqued starting Saturday afternoon in the Earthquakes’ opener against Toronto FC (5:30 p.m. ET, ESPN+).

“I think that benefits and gives calmness to the group,” Almeyda said about maintaining the majority of the roster in Wednesday’s media conference. “If I were to have to sign five or six players, it’d take them longer to adapt to life here with their teammates and playing football rather than maintaining the same group.

“The coaches who prioritize the groups and teamwork find that to be a benefit to maintain 90 percent of the same team.”

That same group entered the second season under Almeyda’s project with a deeper understanding of the system and knew what to expect this time entering camp late last month. However, while they were all prepared for  their two week training camp in Cancun, it was really the chemistry that continued to build.

“Within the team, we have the same technical staff back and a lot of the same players back, which in the past couple of years it’s always changed and shifted,” midfielder Jackson Yueill said. “So now we have a tight, tight group who will be able to play in consecutive years together.”

The Earthquakes have to hope that the chemistry they continue to build upon translates to the pitch once points on the table are recorded. Although Alanis is a solid, and needed, signing for the Earthquakes’ backline, the club also didn’t try to sign another, needed, attacker. San Jose couldn’t seem to get the goals that they needed in crucial times last season, specifically during the six-match losing streak to end the season which booted them back below the playoff line.

While some players stood out during the preseason, like Andy Rios who is entering his first full season with the Earthquakes this year, Almeyda continues to preach the theme of team rather than individual talents.

“The important thing is that there’s a very nice competitions where they know there’s one spot for maybe two or three guys, but there is harmony, which is something I prioritize as a coach,” Almeyda explained.

That’s not to say that if certain international star players were available, that he wouldn’t go after them.

“If I could’ve signed (Cristiano) Ronaldo or (Lionel) Messi, I know that could’ve made the difference – together,” Almeyda said jokingly.

Almeyda’s theme of consistency doesn’t just apply to the roster. It also applies on the pitch.

San Jose was heavily criticized, then surprisingly praised, but overall critiqued for Almeyda’s extreme man-marking tactics last year, something that he continues to plan to deploy this season. However, that’s also not to say that he hasn’t made adjustments in the past and he will continue to adapt to their opponents this season.

“We’ve tried many things. We’re never fixed to a certain way,” Almeyda said. “But the way can be studied from many points, but not always detected.

“You could’ve generalized last year and said they played man-to-man. And I would sit down with the person that said I would play man-to-man and I would say we had a spare man, so you have to study it again and detect where he’s at.

“Last year we pressed at times and others not, so we were changing. There’s different ways to view football, but the difference is that we train it.”

Almeyda and the Earthquakes aren’t afraid to be different from the rest of the league, and maybe even the sport, while staying the same to themselves. He, along with the club, see the progress of this project in San Jose and on Wednesday, he had one last comment to those who question his methods, whether directly or indirectly.

“You see that everybody in the world is a coach. Millions and millions of coaches,” he explained. “That’s why football is nice. It’s free to have an opinion. If every opinion cost one dollar, we can give food to all of the poor people.”