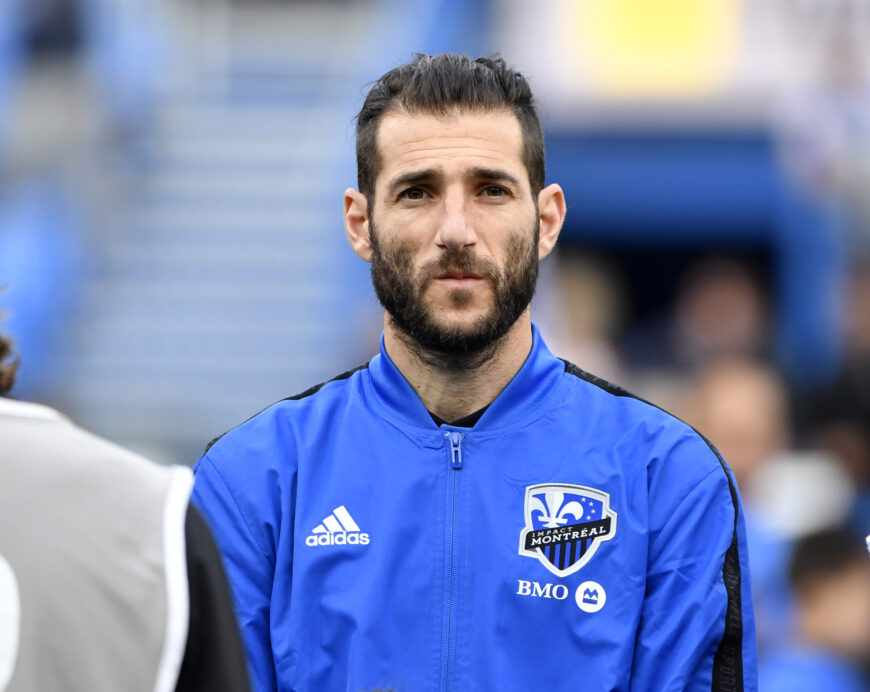 Ignacio Piatti will officially leave the Montreal Impact after being linked to a move back to Argentina.

The club announced Monday the termination of Piatti’s contract, following an agreement between Piatti, the Impact, and Argentinian club San Lorenzo. Piatti will return to his former club, who he left in 2014 to join Montreal.

“I would like to thank Nacho, personally and on behalf of our club, for his six years with the Montreal Impact,” Impact owner and chairman Joey Saputo said. “His professionalism, class and love for the sport, this club and this city have marked his time in Montreal. The thrilling moments he allowed us to experience and share through his play on the field will remain fixed in this club’s history, as will his status as one of the greatest players to wear the Impact jersey. I wish Nacho all the best in his return to his homeland and look forward to welcoming him back as an alumnus once his playing days are over.”

Since moving to MLS in 2014, Piatti scored 71 goals and registered 38 assists in 143 combined league appearances. He was named to the MLS All-Star Game three times in his career and was a Best XI selection in 2017 and 2018.

He will join a San Lorenzo side who are 10th in the Argentina Superliga.

The Eastern Conference club announced Monday that they’ve signed Guzan to a multi-year contract extension. His new deal will see him remain under contract through the 2023 MLS season.

“Brad has been one of the top goalkeepers in MLS since joining our team in the summer of 2017 and we are pleased to have agreed to a long-term contract extension,” Atlanta United Vice President and Technical Director Carlos Bocanegra. “Brad epitomizes the type of professional player we want at Atlanta United, and as a key member of the U.S. Men’s National Team, we hope to see him represent our club at the 2022 FIFA World Cup. He’s thoroughly deserved this extension and we look forward to him anchoring our team for years to come.”

After a nine-year career in England, Guzan joined the Five Stripes in July 2017. Since joining the club, Guzan has started 98 matches in all competitions for Atlanta, helping them win the 2018 MLS Cup, 2019 U.S. Open Cup and 2019 Campeones Cup.

Featuring in 45 matches across all competitions in 2019, Guzan posted an 18-12-4 record. His 18 victories were tied for the league lead as he also set a new single-season franchise record with 14 clean sheets. Guzan was also voted to the 2019 MLS All-Star Team.

The Five Stripes begin play in the 2020 Concacaf Champions League on Feb. 18th against Motagua.

FC Dallas will be without the services of midfielder Bryan Acosta for the near future.

The midfielder successfully underwent an emergency laparoscopic appendectomy on Sunday afternoon. There is no timetable regarding Acosta’s return, with regular season play beginning on Feb. 29th.

In his first MLS season, Acosta scored two goals and recorded one assist during his 26 regular season appearances. Acosta also scored once in a 4-3 playoff loss to the Seattle Sounders.

Real Salt Lake continued to grow its Homegrown Player corps with its latest signing on Monday.

Academy forward Christopher Garcia signed a first-team player contract, becoming the 21st Homegrown Player signed by the club. RSL has led MLS in minutes played by its academy products over each of the last two seasons.

“Chris is the latest in a long line of extremely talented players to come from our academy,” RSL General Manager Elliot Fall said.  “He has already proven himself a standout academy performer and has been excellent when incorporated into professional training sessions.  His technical ability and fantastic work rate give him an unlimited ceiling on his professional career.”

Garcia, 17, joined the RSL Academy ahead of the 2018-2019 season and has since recorded 18 goals in 38 games. He has registered seven goals in six matches during the current 2019-20 U.S. Soccer Development Academy season. He’s spent the current preseason training with RSL.

Garcia becomes the 11 product of their Academy on its 2020 roster, joining the likes of David Ochoa, Justen Glad, Aaron Herrera, and Corey Baird.