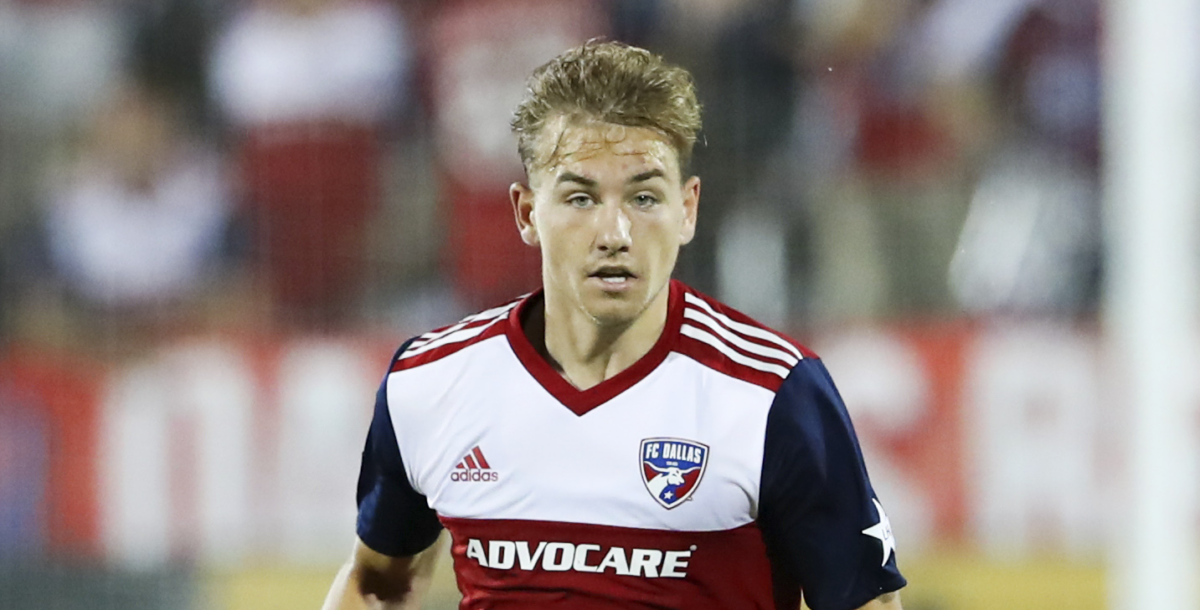 Paxton Pomykal has been dealing with a number of injuries since the second half of 2019, but he finally looks poised to move past them all.

FC Dallas is in the final stages of its preseason preparations, and Pomykal figures to be part of them after making progress on an abdominal strain suffered two weeks ago. The central midfielder has yet to practice without limitations, but is expected to do so in the coming days.

“He’s working hard. He joined our warm-up today,” FC Dallas head coach Luchi Gonzalez told SBI on Monday. “Little by little in the next few days he should be getting cleared for our full training and we’re hoping he can get a game or two in Tampa before we start making our roster for the home opener in Philly.”

A key figure for FC Dallas in the center of the park, Pomykal has been hampered by injuries for several months now. The 20-year-old American initially dealt with a hernia problem that required surgery after the 2019 campaign, and he recovered from that to the point where he trained with the U.S. Men’s National Team after earning a call-up to its annual winter camp.

“He had a two-week moment with the senior team, he got touches, and I thought that was really good for him,” said Gonzalez. “He came back to us and started and then picked up an abdominal strain that has set him back two weeks. That’s why he hasn’t been in the last few lineups.

“We were expecting to debut him in the game against Austin. We were not able to, so that was disappointing for him and for us.”

Pomykal should have at least one opportunity to play in a preseason match before the 2020 season kicks off. FC Dallas is flying to Tampa, Florida, on Tuesday, and is scheduled to play friendlies with the Philadelphia Union and Inter Miami on Wednesday and Saturday, respectively.

If Pomykal returns to action soon as is expected, it will be a boost for an FC Dallas side that is aiming to outdo last year’s seventh-placed finish in the Western Conference. Pomykal is also hoping for a big season. The youngster that enjoyed a breakout campaign in 2019 is a candidate to take part in the Olympics this summer, should the Under-23 U.S. Men’s National Team qualify.

FC Dallas opens the new MLS season at home on Feb. 29 against the Union.