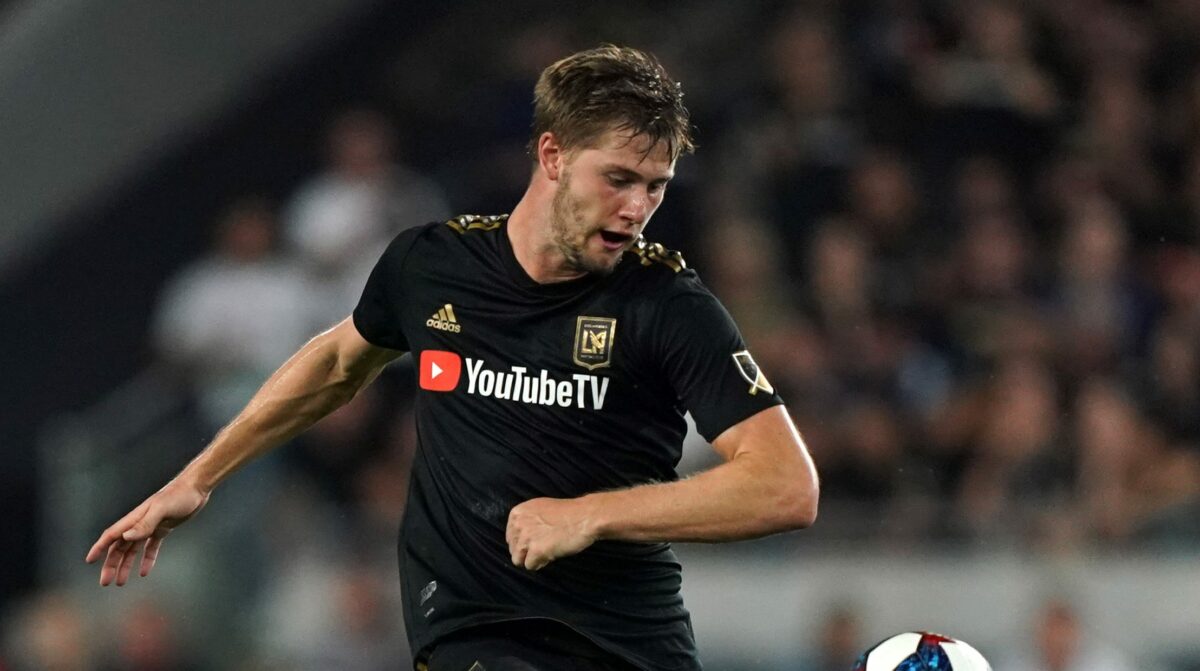 LAFC has just traded away an integral part of its record-setting team.

LAFC has dealt veteran centerback Walker Zimmerman to expansion club Nashville SC, in a trade announced on Tuesday. In exchange, LAFC has received an international roster spot and $950,000 in General Allocation Money — a figure that can rise to $1.25 million if Zimmerman meets certain performance-based metrics.

“In his two seasons in Los Angeles, Walker was a consummate professional and a great leader on and off the field,” said LAFC general manager John Thorrington in a prepared statement. “He and his wife Sally played an integral role within the LAFC family and community, and he will always be a part of our history.

“On behalf of the club, we wish Walker and his family nothing but the best in his future.”

LAFC’s decision to deal Zimmerman comes a week before the team is set to play in its first Concacaf Champions League game. The MLS side will take to the road next Tuesday for the first leg of a Round of 16 series against Club Leon, which is currently in first place in the Liga MX Apertura with a 4-0-1 record.

For Nashville SC, meanwhile, the trade sees the new franchise land an experienced central defender that can help lead the back line during the upcoming season. The 26-year-old Zimmerman boasts both MLS and international experience, having played in the league for seven years now and earning 12 caps with the U.S. Men’s National Team.

“Walker Zimmerman is a player who we had our sights on when we first started to assemble this group, and we are very excited to add his on- and off-field abilities and leadership to our roster,” said Nashville SC general manager Mike Jacobs in a statement released by the expansion team. “He has proven success at the domestic and national team levels and fits the mold of the kind of player and person that our club represents.”

Zimmerman made 51 regular-season appearances for LAFC over the past two seasons. He scored five goals and delivered two assists in those matches, and helped LAFC capture the Supporters’ Shield while setting a league record in points last year.