Minnesota United was one of the surprise stories in MLS in 2019 and now Adrian Heath’s side is looking to take another big step towards success this season.

After struggling during their inaugural MLS season in 2018, the Loons improved to a fourth-place finish in Heath’s second year with the club. The club earned its first-ever playoff berth and reached the U.S. Open Cup Final, huge achievements that has the group inspired for more in 2020.

“One hundred percent, what we did last season will benefit us going forward into this season,” Mason Toye told SBI. “It’s another sense of motivation for us that we did get to the Open Cup Final, although we didn’t come home with a trophy. We made it to the playoffs which was out first goal and now we just have to continue doing that each and every year. We have the talent here, the right mindsets to win games, and we have a great home stadium that we want to do well in. I think this season will be a historical one for us.”

Minnesota saw the rise of several young players last season with Toye, midfielder Hassani Dotson, and left back Chase Gasper leading the charge. Toye bagged eight goals in all competitions, Dotson registered four in 24 appearances, and Gasper totaled over 1,200 minutes at left back, earning a U.S. Men’s National Team call-up in the process.

Darwin Quintero and Angelo Rodriguez are gone, and in comes new striker Luis Amarilla, who will be called upon to give the Loons the consistent scoring threat they have been lacking.

Mason Toye will have something to say about that as well, as he pushes Amarilla for the lead striker role.

“I don’t feel much pressure knowing some other forwards are gone, but I’m also excited for this season,” Toye said. “We’re going to have other people too fighting for the starting role so I just have to improve on what I did last season. My goal is to help the team in whatever way I can, whether that is starting or off the bench. I love to score goals and help my teammates and I’m going to continue to try and do that.”

Minnesota United is still revamping its roster, and has been heavily linked with Boca Juniors playmaker Emanuel Reynoso. The Loons added Robin Lod to help boost the midfield, while Kevin Molino and Ethan Finlay are back and will be expected to take on major roles.

Jan Gregus serves as an effective distributor from his defensive midfield role, where he generated 12 assists last season.

The Loons were unable to reacquire 2019 MLS Goalkeeper of the Year Vito Mannone, but did find a top replacement in Tyler Miller. Miller has become one of the league’s better goalkeepers, helping LAFC to a Supporters’ Shield and a Concacaf Champions League berth. Miller’s arrival was a quick fix from the loss of the Italian loanee Mannone.

“It’s massive,” Toye said. “Tyler is a great guy and a great player as well. Everything we’ve seen so far has showed us why he is rated as one of the best goalkeepers we have in this country. We’re all really excited to have him here. Vito will be missed, but we’re happy to have Tyler coming in.”

Heath also has numerous veterans to call on as well with center backs Ike Opara and Michael Boxall as the focal points of the backline. Opara continues to be one of the best central defenders in MLS, continuing to be a leader for the group. Brent Kallman will miss the early part of the season through suspension, while Jose Aja was acquired as additional depth in the backline.

“The veteran players set an example during training and that was something I really wanted to pay attention to as a rookie last season,” Dotson told SBI. “Ike, Kevin, Brent Kallman, Ethan are just a few guys who are always available to help and as a young player that is something that you look back on and are grateful for. I’m very lucky to be in the situation I am in and to work with guys who want to see us young guys do better.”

32-year-old Osvaldo Alonso will protect the backline in his defensive midfield role, allowing Gregus, Robin Lod, and others to create chances further upfield. The Loons also acquired midfielders Jacori Hayes and Raheem Edwards this offseason, bringing even more versatility to the mix.

Here’s a closer look at Minnesota United heading into 2020: 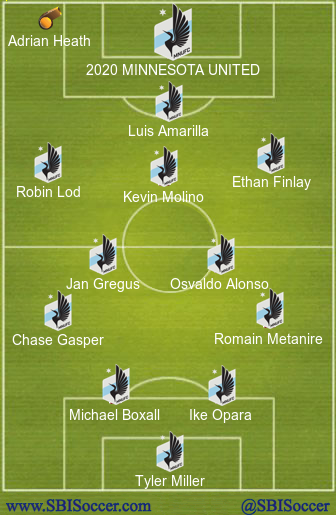 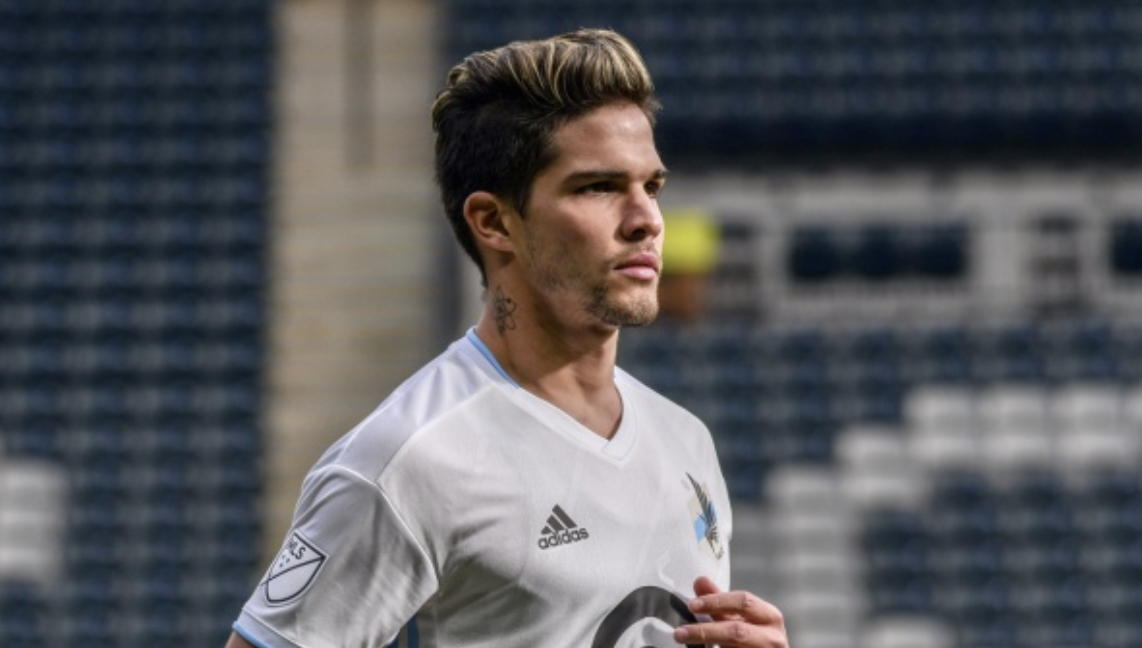 The 24-year-old Paraguayan striker joined on loan from Velez Sarsfield after a 19-goal haul on loan last season with Universidad Catolica. He admitted to having promised Adrian Heath 25 goals this season, and has already shown in preseason that he definitely has a scorer’s touch. He will be Heath’s lead option at striker, though a partnership with Mason Toye in a two-forward setup is also an option, particularly if the Loons fall short in their bid for Reynoso.

The 22-year-old broke out in 2019 with eight goals in all competitions, but he heads into 2020 facing stiff competition at the striker position. If Amarilla emerges as the lead striker the Loons are hoping he can be, than Toye could wind up serving as a super sub once again, unless Heath deploys a two-forward setup, which is a possibility.

In what should be an intriguing Western Conference, the goal for the Loons will be to get back to the playoffs.

Heath will have veterans like Opara, Alonso, Molino, and Finlay to lean on but he will need strong season from his young players to help the Loons find continued success. Amarilla’s arrival gives Minnesota an upgrade at striker, and could allow for Heath to deploy a two-forward setup at times.

After earning 10 victories at Allianz Field last season, the Loons will be expected to earn even more at their new stadium in year three. However, they will need to improve on a 5-10-2 road record if they want to push further up with the likes of LAFC and the Seattle Sounders in the Western Conference.

The Loons are currently chasing Boca Juniors midfielder Emanuel Reynoso, a playmaker who would offer a significant upgrade in midfield. If they are successful in landing Reynoso it will be a game-changing acquisition, but if the bid falls short, then the Loons will turn to Robin Lod and Kevin Molino as playmaking options.

Defensively, Opara was outstanding in his first season in Minnesota and will anchor the Loons backline once again. His partnership with Michael Boxall in central defense really blossomed, and having Osvaldo Alonso working in front of them helped the Loons boast a dramatic turnaround from one of the league’s worst defenses to one of the league’s best.

Romain Metanire was a revelation at right back last season, and was arguably the best player at his position in 2019. With a year in MLS under his belt, Metanire should be even more dangerous in 2020.

Hassani Dotson doesn’t have a set starting role at the moment, but his versatility and quality should ensure that he continues to see regular minutes, which should help lighten the burden on players like Alonso.

The Loons are shaping up to be a deeper team in 2020, but whether or not they improve on last season will come down to how Amarilla performs, and if they succeed in acquiring an elite-level attacking midfielder to help replace Darwin Quintero.

If Minnesota United can land an elite playmaker, then a run at the top teams in the West is a possibility, but if not, then a return to the playoffs will be a reasonable goal.