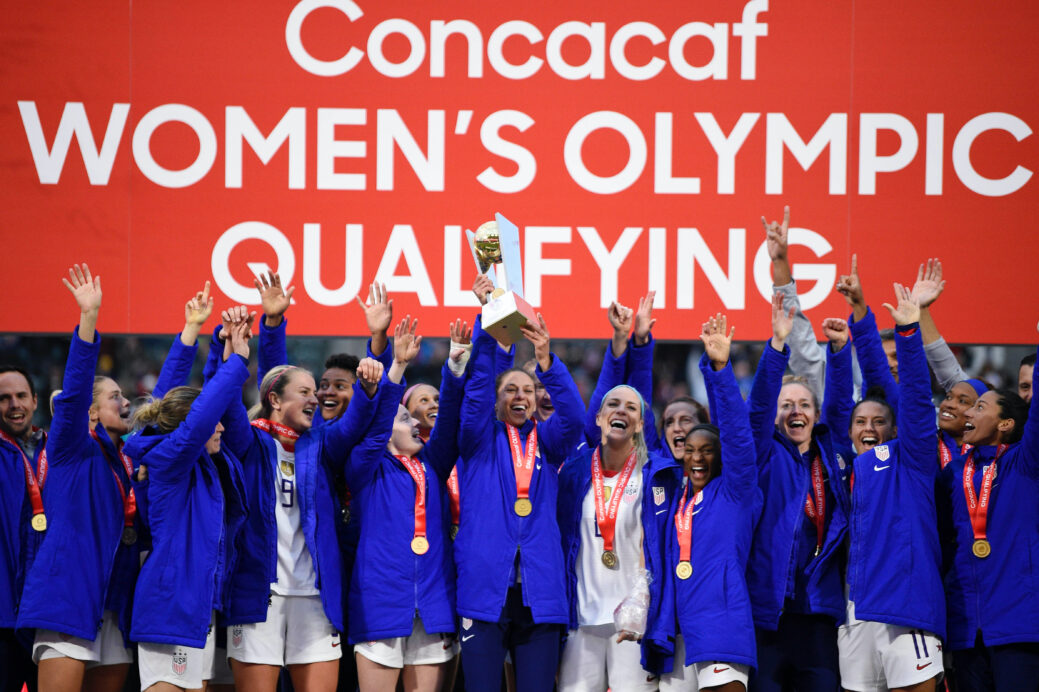 After securing its trip to the 2020 Summer Olympics in Tokyo on Friday, the U.S. Women’s National Team went on to win its first trophy of the new year.

In Sunday’s CONCACAF Women’s Olympic Qualifying Final, Vlatko Andonovski’s side earned a 3-0 win over Canada in Carson, Cali. It was the team’s fifth-consecutive tournament finals win after outscoring its opponents 25-0 in this year’s edition.

Much was made of Andonovski’s decision to make six changes from the lineup that beat Mexico 2-0 just two days prior, and the match started slow for the Americans. The team only registered a pair of shots on goal in the opening half, both ambitious opportunities from Christen Press that went awry as the teams battled to a scoreless first half.

Things picked up quickly for the tournament favorites however as the USWNT put up a barrage of second-half attempts on the Canadian backline that stood sturdy early on.

It took an hour, but the deadlock was finally broken on a play where Lynn Williams dispossessed a defender in the box and subsequently rifled a shot past Canadian keeper Stephanie Labbé on the far-post side.

The lead was doubled in the 71st minute when Samantha Mewis crossed a ball into the box, Williams knocked it down for Lindsey Horan, who took a touch and blasted it past Labbé from close-range.

The goal was Horan’s sixth of the tournament.

Megan Rapinoe iced the match in the 87th minute after receiving the ball on the break in-stride from Williams. The winger set up her own shot in the box and beat an isolated Labbé with a low, driven shot.

Both teams could meet again in Tokyo later this summer after earning Concacaf’s only two qualification spots.

Up next for the USWNT is the SheBelieves Cup next month. It will open up play against World Cup semifinalists England on March 5th in Orlando.