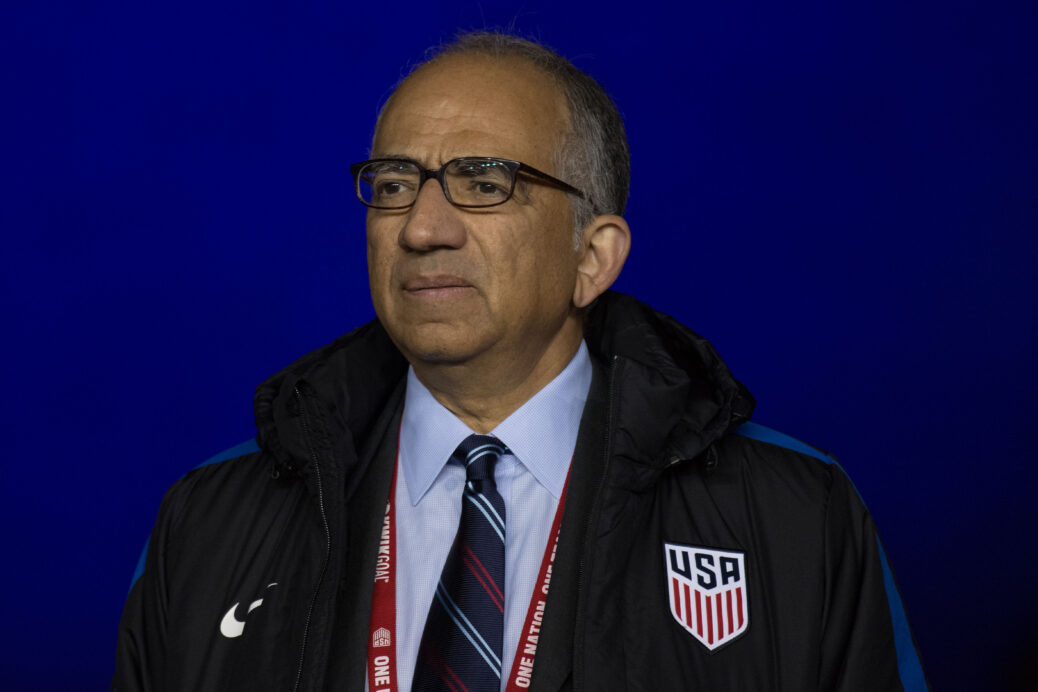 Carlos Cordeiro has resigned as president of U.S. Soccer, stepping down in the wake of a major backlash following the release of damning details in the U.S. Women’s National Team’s Equal Pay lawsuit.

Cordeiro announced his decision on Thursday night, ending his stint as U.S. Soccer president after little more than a year in charge. U.S. Soccer vice president Cindy Parlow Cone will serve at the interim President of the Federation. Cone is a decorated U.S. Women’s National Team player, and Hall of Famer who was a member of the 1999 World Cup-winning USWNT squad, as well as winner of two Olympic gold medals.

Cordeiro came under fire following the release of details of a court filing made on behalf of U.S. Soccer in the USWNT’s equal pay lawsuit, which included arguments that disparaged women’s soccer players and portrayed them as inferior to men’s players.

The highly-criticized court filing details emerged just days after Cordeiro had drawn criticism for releasing an open letter to the American soccer community trying to outline U.S. Soccer’s position in the equal pay lawsuit with the USWNT. The timing of that open letter, released the night before the USWNT was set to face Spain in the SheBelieves Cup, led to criticism of Cordeiro, and when the damning details in the scandalous court filing emerged, it let to even more criticism aimed at Cordeiro.

Cordeiro tried apologizing for the language in the court filing, but ultimately decided it was time to step down as president: 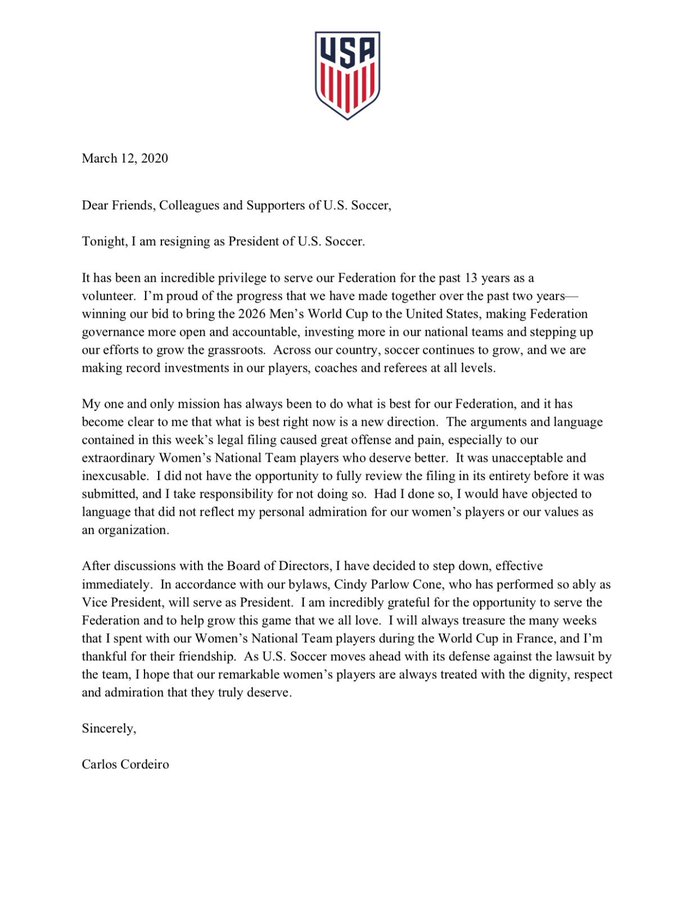 The discussion with the board of directors came after the USWNT’s SheBelieves Cup win over Japan on Wednesday, when Cordeiro shared at statement shortly after the final whistle, promising for immediate change.

“On behalf of U.S. Soccer, I sincerely apologize for the offense and pain caused by language in this week’s court filing, which did not reflect the values of our Federation or our tremendous admiration of our Women’s National Team. Our WNT players are incredibly talented and work tirelessly, as they have demonstrated time and again from their Olympic Gold medals to their World Cup titles.” The statement read. “Even as we continue to defend the Federation in court, we are making immediate changes. I have asked the firm of Latham & Watkins to join and guide our legal strategy going forward. I have made it clear to our legal team that even as we debate facts and figures in the course of this case, we must do so with the utmost respect not only for our Women’s National Team players but for all female athletes around the world. As we do, we will continue to work to resolve this suit in the best interest of everyone involved.”

Cordeiro’s apology did nothing to quiet the growing calls for Cordeiro to step down as U.S. Soccer president, and he did just that on Thursday night.