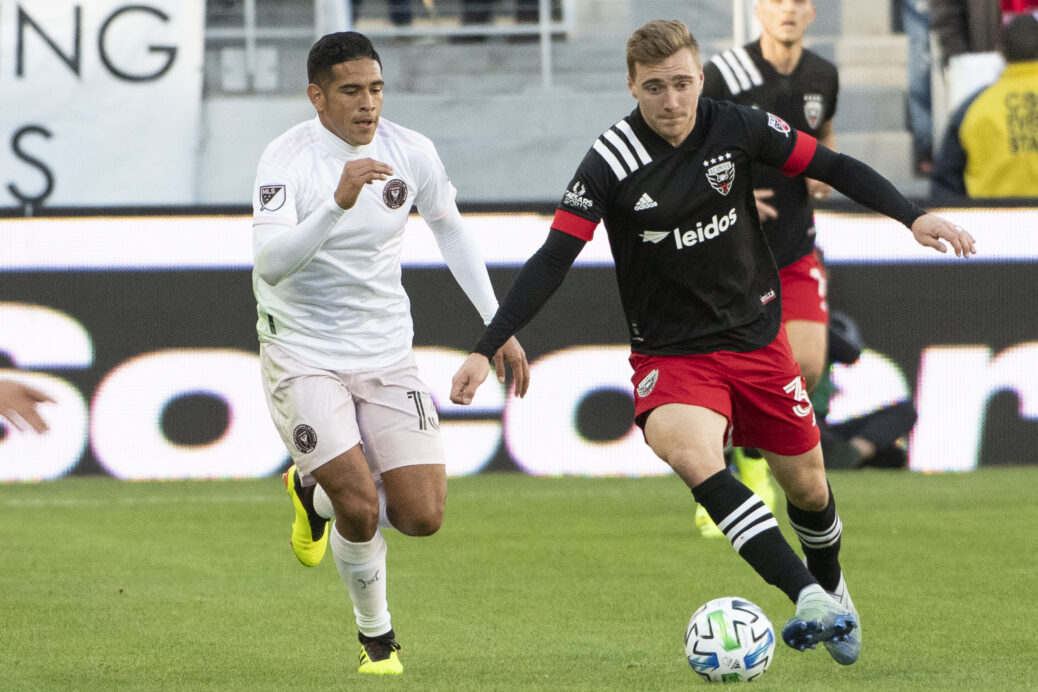 WASHINGTON — D.C. United’s second match of the 2020 MLS regular season started off in a way that head coach Ben Olsen wouldn’t have wanted: down 1-0 early to an expansion side at Audi Field. The ending however was one that saw the team gain some confidence after fighting back to earn their first win of the season.

The Black and Red scored a pair of second-half goals to down Inter Miami 2-1 at home, picking up their first three points. Yamil Asad and Frederic Brillant both got on the score sheet for their first goals of the season to set up D.C. United in good position ahead of a two-game road trip.

“It was an important win for us because in this league three points are hard to come by, no matter who you face,” Olsen said. “When they got their goal we started to become impatient, but after halftime we got better and more confident with the ball. I thought we had a better spell and we got our goals to get the points.”

“I would’ve liked to dictate the game more even when we went up, but give Miami credit they made it tough even with 10 men. We’re still figuring some things out including some new guys in the team. We lost two starters with injuries, but our substitutes I feel helped us out. It wasn’t perfect, but it’s three points.”

A pair of D.C. United starters came off before halftime as striker Ola Kamara and left back Joseph Mora suffered hamstring injuries. Erik Sorga came in to make his MLS debut while veteran Oniel Fisher made his first appearance since September 2018.

Both players did a solid job at their positions, with Sorga coming close to netting his first goal in the Black and Red colors. Chris Odoi-Atsem also came off the bench to help defend the late advantage, making his fourth total appearance over the past two years. It was a positive ending to what started as a shaky beginning for the defending playoff side.

“It felt to be back in the team,” Fisher told SBI. “I worked my tail off to get back and it was a long 17-18 month journey, but I was happy it came at home in front of these fans. I am thankful for the opportunity this early in the season and most importantly we got the win. We needed it.”

“I think Sorga did well tonight, he is still getting familiarized with everything,” Olsen said. “I think it was a good introduction to MLS. It wasn’t an easy time to come into the game, but he did what we asked him to do and almost came up with a goal. A good first step for him.”

The team got some help in the second-half with a VAR call that ultimately waved off a second Miami goal and sent defender Roman Torres off the field. It kickstarted the D.C. United comeback which saw two goals in a two-minute span from Asad and Brillant respectively, putting Diego Alonso’s side in a hole on the road for the second straight week.

With road games coming up against Eastern Conference sides FC Cincinnati and the Philadelphia Union, Olsen’s team will need to be more clinical and composed from the opening minute. Saturday’s victory is a good step for the club, but against better teams they will be punished for their slow start.

“It’s good to get that monkey off our back this early in the season,” Julian Gressel said. “Hopefully we can use this as motivation on the road because these games won’t be easy and there are no excuses. We know we can play better and now we have to show it on the field.”