FC Cincinnati is getting by with technology, creativity amidst coronavirus shutdown 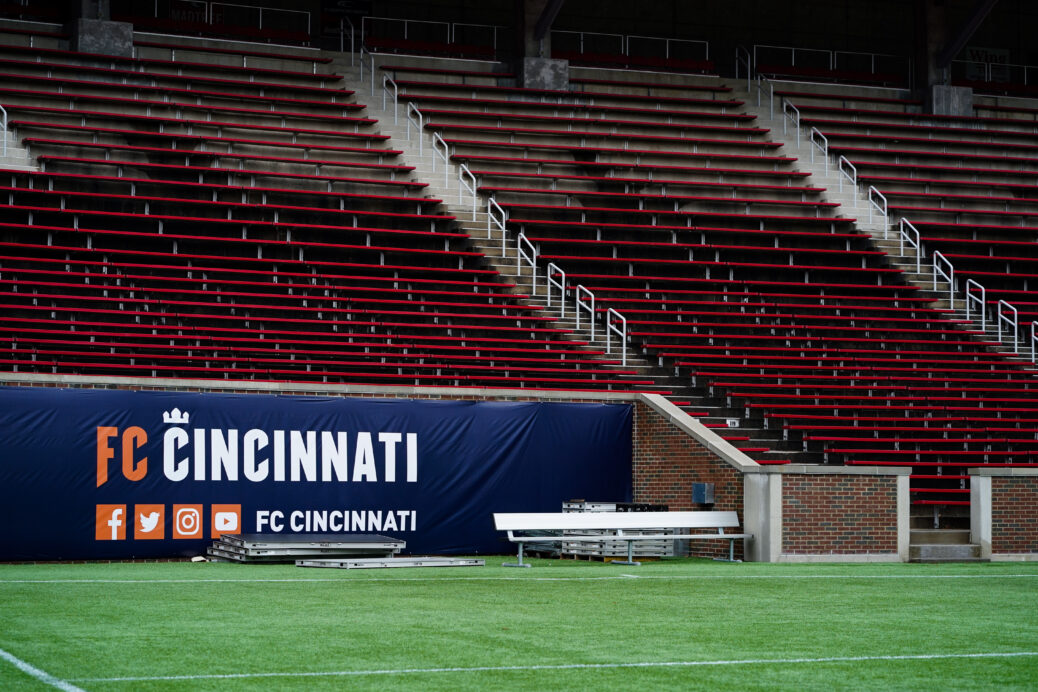 Life is strange for everyone at the moment, and professional athletes certainly aren’t spared from the reality of the COVID-19 pandemic shutting down workplaces across the globe.

With the entire sporting world on hold, MLS clubs are doing everything they can to keep their teams organized from the confines of their homes.

The shutdown proves to be a great equalizer, leaving players and teams scrambling for ways to adapt to the obstacle of the ongoing suspension of group activity, while trying to stay prepared to play out the full season, which has 32 games left.

“I think the most important thing now is to kind of look at it as a bit of an offseason, but where you can still have the responsibility as a professional and keep yourself prepared,” FC Cincinnati defender Greg Garza said.

Not knowing what’s next is a battle of its own though. With a full preseason cycle and the first two weeks of the regular season in the rearview, there’s no reasonable expectation of when competition will be able to resume, leaving players unsure of what they’re supposed to be adapting to.

“Just getting yourself ready for what’s to come, and then to be two weeks into it and have everything come to a complete halt, it is a bit frustrating mentally, I think,” Garza said.

For FCC, the responsibility of direction in the current times falls on the shoulders of Gary Walker, team Director of Sport Performance, whose days now consist of keeping his players at optimum fitness, remotely.

“Obviously, this is our industry, and this is what we’re paid to do to, support our players, and that’s what we’ll do during this period,” he said.

Walker joined the team last year after departing from Manchester United, where he was since 2008. He worked his way up to ultimately be the head of the English giant’s strength and conditioning department by the time he left. Even with a resume that’s seen him accountable for keeping some of the most expensive players in the world healthy, he’d admit that evolving with the current state of affairs is a difficult challenge.

“It’s a difficult period, you know, we’re only eight, nine weeks into the season and then the season gets suspended. So that obviously produces a lot of challenges for us as a staff,” he said.

Developing a strategy on the fly takes creativity. The inability to monitor the team closely from its training center leaves Walker and company with a sizable workload in terms of staying in tune with his player’s fitness levels, nutrition, and in some cases ability to exercise properly with equipment.

“We want to try and keep them robust and resilient and strong, but because our players don’t have access to gyms because of obviously everything has been closed down in terms of that social distance, and everything that entails, it’s then trying to be a little bit more creative around the programs that we can provide the players that require relatively little equipment or lots of bodyweight equipment for the bodyweight exercises to try and overload specific components”

With no certainty of when he’ll be able to see his players up close again, Walker is making the due with technology. In addition to checking in by phone, the team is also able to utilize advanced technical performance data points in the meantime with a customized app.

With the help of technology filling the void on the fitness end, at least the players can stay busy and complete tasks issued out by Walker, but they aren’t able to get the soccer-specific group activity that they would in usual circumstances, which is a concern for some.

“To be honest, it is never going to be the same because we are not having the possibilities to be on the field, you know, without rolling and sprinting and making different types of movement that we usually do on the field,” Team captain Kendall Waston said.

Unclear in regards to how much runway will be given for teams to regroup ahead of the altered season, expectations seem to be that the offtime will be made up with more weekday games. In the long run, fatigue will certainly play a part.

“Obviously this depends on what the league is going to decide in the end, but what I assume is, that as soon as we get back to competition everything is going to be as fast as possible. I don’t think we’re going to have one game per week like Sunday to Sunday,” Waston said. “We’re going to have at least a minimum of two games during the week. So everybody has to be as sharp as possible to get into competition and try to not get injured.”

In addition to receiving direction, the times also challenge the maintenance of locker room chemistry. An issue where technology also serves as a makeshift solution. With a decade of MLS experience between them, Waston and Garza are also working to maintain the leadership aspects of their roles in a remote capacity.

“With the youngest guys, they know they can come to us, and any issue that we can help them to go through, we’re gonna help them for sure,” Waston said. “We have a group chat, where we make jokes we can talk about any single thing, and I think like we have great chemistry with all of them.”

Apart from the coaches and staff, FC Cincinnati players have a group chat of their own as they try to keep spirits high without being able to see one another.

“Kendall smiles every time he talks about group chat because that’s where the most banter is, right?” Garza laughed. “That’s where we’re all getting a little laugh and being able to make fun of each other and just throw some jokes out there and probably keep all the young guys and everyone that’s probably single and by themselves, we try and keep them as sane as possible right now.”

While an occasional break serves to be useful regarding mental health in the mind of a competitor, the anticipation of returning to action is already settling in for Garza.

“When we are in offseason, there are moments where you can have a few days of complete relaxation, just get your mind away from everything, and that’s kind of a good thing,” he said.

“But after seven days, seven to 10 days, you’re itching to get back and do what you do for a living, and I think for me that’s kind of what it’s been.”