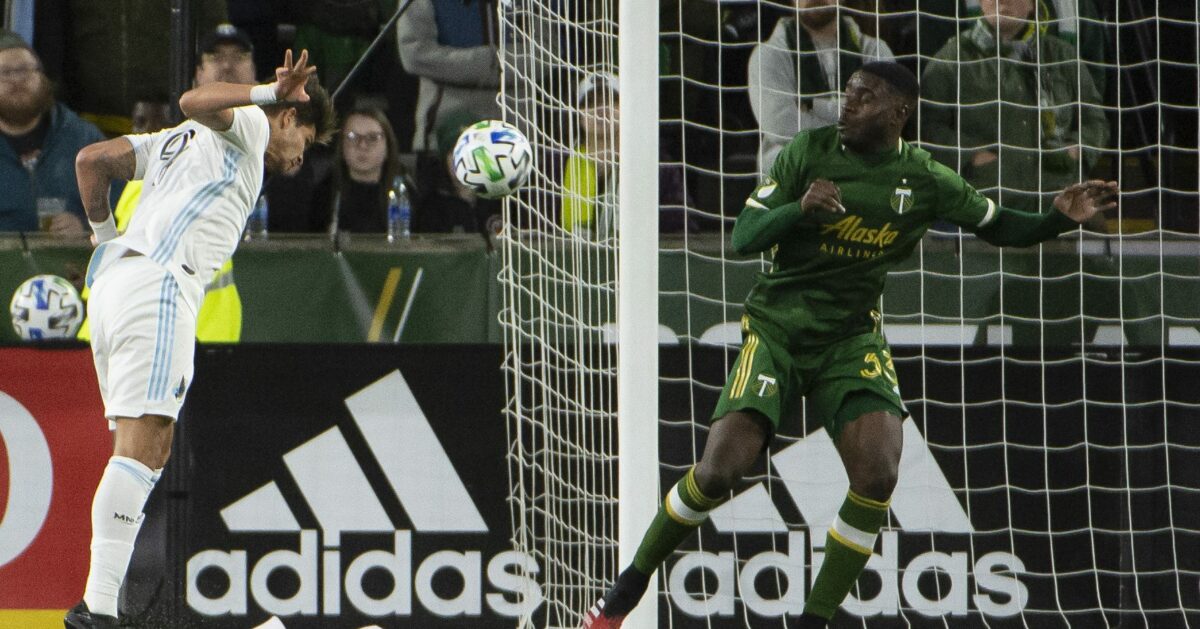 The Portland Timbers have been historically known for slow starts to the regular season and 2020 isn’t looking much different early on. Whether the manager was John Spencer, Caleb Porter, or now under Gio Savarese, the month of March has never been friendly. Including Sunday night’s loss to Minnesota United, the club is 5-16-13 in the opening month of the season since entering MLS in 2011.

The team also has a history of figuring things out during the summer months and turning weak openings into strong playoff runs, so one opening night loss shouldn’t be much to worry about.

Sunday night did display a few of the things the Timbers need to refine if they want to make another one of those midseason runs.

They did a lot of work to refine their attack in the offseason. They added Yimmi Chara, Jaroslaw Niezgoda, and Felipe Mora up front, signed Cristian Paredes on a permanent deal, and overall gave themselves a lot of options going forward in 2020. Aside from Niezgoda, who hasn’t fully trained with the team thanks to a series of health problems, the unit did everything right outside of the opposing penalty area.

They retained possession, passed the ball around the park well, and generally looked like they would score at any moment right up until a shot came. Their shooting game was pretty woeful all night long. Only three of the 14 shots they took on the night found the target and one of those was Diego Valeri’s penalty kick.

Everyone in the attacking half of the formation was struggling. Sebastian Blanco took four shots during the game. Three of those were wayward and the other one was block. Cristian Paredes missed an absolute sitter in the third minute of the game. Even Valeri only took a pair of shots outside the penalty kick and both were blocked.

These types of shooting performances will average out, especially with the amount of possession Portland will continue to have all season long. especially when Niezgoda is healthy and ready.

Portland’s attacking plan looked to involve using Felipe Mora as a false-nine striker, allowing Yimmi Chara, Blanco, and Paredes to get forward for the shots. Valeri and Mora were the two responsible for picking those attacking runs out. It’s a solid idea, but having Mora and Valeri essentially performing the role of a number ten style attacking midfielder without a dedicated striker created a bit of a weakness in the final third. That’s another thing that should work itself out once Niezgoda can integrate into the side.

There were plenty of shots coming from threatening positions as well.

Defense still a work in progress

All three of the Minnesota United goals could be chalked up to a defense that was slow getting back on the counter a poor communication. On two of the three goals. Minnesota midfielder Ethan Finlay was allowed too much space to create a long ball into a dangerous area. Both of those balls targeted players that were far too loosely marked.

Transition defense is clearly the biggest issue. Larrys Mabiala was caught too far forward on the opening goal and nobody was able to get back to cover him. He and Zuparic didn’t cover very well on the second of the night, either. It certainly didn’t help that Mabiala was caught ball watching, thus allowing Amarilla an easy header.

Finally, the central defense pairing got a little mixed up on the third goal, allowing Kevin Molino to get into a threatening position for another easy finish.

Mabiala and Zuparic should develop a sort of chemistry as the season goes on, but they need to do it quickly to avoid defensive disasters like Sunday night.

Gio Savarese didn’t have many options available on his bench, which is unfortunate considering the focus of the offseason was adding depth. He had a lot of defensive options there with Julio Cascante, Marco Fardan, and Chris Duvall available, but his attacking options didn’t provide enough to alter the plan put in place for the starting eleven.

Dairon Asprilla is a like-for-like sub with Yimmi Chara, but with less pace. Jeremy Ebobisse is a more goal-scoring oriented striker than Felipe Mora, and wasn’t exactly deployed properly. He arguably should have started the game, or at least come on sooner when the Timbers were struggling to finish without a true striker on the field. Eryk Williamson’s appearance was also too little, too late, as he changed to setup of the team a bit too radically for when he came on in the 89th minute.

Savarese probably could have utilized his subs a little better during this game.

Gio Savarese (4.0) – He had a plan heading into the game, but it became clear that it wasn’t working out. He needed to make a few changes, but he didn’t make them early enough in the game to have an impact and what changes he did make did not alter the plan enough to have any effect.

Steve Clark (5.0) – Clark made one significant mistake that led to the opening goal. He was right to come off his line and challenge Luis Amarilla for the ball, but his failure to corral it led to Kevin Molino getting a tap-in on an open goal. He did have a nice save right after that and otherwise had a fine game and overall was the victim of poor defensive play in front of him.

Jorge Moreira (5.5) – Portland’s full backs will always be more attacking pieces than defensive and Moreira showed that on Sunday. He had pace going forward, good passing, and lots of possession.

Larrys Mabiala (4.0) – Struggled to communicate at times in the back and made critical mistakes on all three of Minnesota’s goals.

Dario Zuparic (5.0) – Shares some of the blame for Mabiala’s failings, but did the most he could considering it was his first MLS game.

Jorge Villafana (5.0) – Was supposed to play similarly to Moreira on the other side, but was less effective. He didn’t pass as well and didn’t do as much to facilitate wide attacks.

Diego Chara (5.5) – Pretty much had his typical game. He worked as well as he could have as a back line shield and picked up his trademark yellow card for aggressive play, but perhaps got a little too ambitious going forward, allowing Minnesota to counter attack.

Cristian Paredes (5.5) – As the more attacking of Portland’s two central midfielders, he did what you expected him to do with forward passing and getting into shooting positions, but his accuracy struggled and he really should have given his team an early lead.

Yimmy Chara (6.0) – Did just about what the Timbers brought him in for. He showed a lot of pace going forward and some pinpoint passing.

Diego Valeri (6.5) – He scored the penalty and was the vocal component of the team the Portland needed, but he started to show his age a bit with a poor passing performance compared to what he’s used to.

Sebastian Blanco (6.0) – He led the team in shot attempts, although none of the four found the target. He was still a force attacking on the left side of the formation with his dribbling ability.

Felipa Mora (6.0) – Although Mora didn’t do anything flashy, he performed his role as sort of a false-nine rather admirably. He lined up at the head of a 4-2-3-1, but played the game more like an attacking midfielder with strong passing with few shots, which was certainly by design.

Dairon Asprilla (5.0) – He came on for Chara in the 69th minute and didn’t really replicate the same level of pace and passing ability.

Jeremy Ebobisse (5.5) – There’s an argument to be made that he should have started the game, if not come on earlier. Ebobisse has never been a prolific striker in MLS, but his experience could have been valuable before the 83rd minute when he came on.

Eryk Williamson (N/A) – Came on too late to truly have an impact.