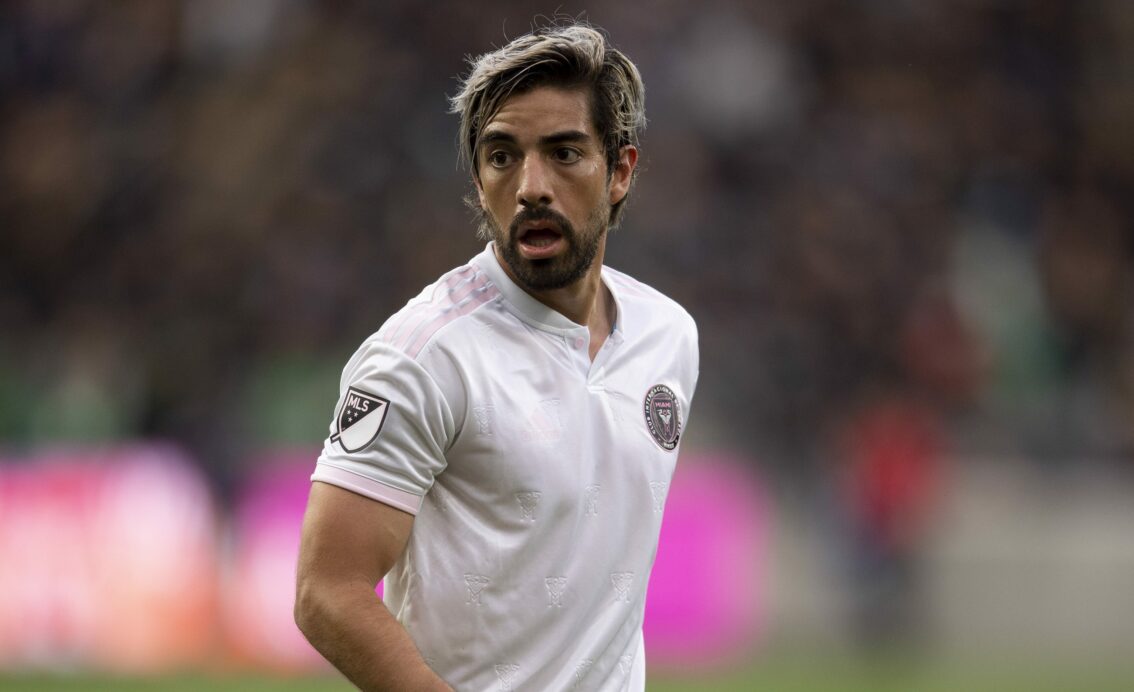 FORT LAUDERDALE, Fla. — The heart, fight, effort, and attitude were all there in Week 1.

Now, the hope for Inter Miami is that more effective play will follow this weekend.

Inter Miami is taking to the road again in Week 2, with a visit to D.C. United on Saturday marking the first Eastern Conference bout for the expansion side. The afternoon match at Audi Field will present Inter Miami with another chance to pick up its first three points as a franchise following last weekend’s narrow defeat to LAFC, as well as an opportunity to show marked improvement across the board.

“I think we need to have more possession, play a little bit more, take a few more risks in the build up” said Inter Miami head coach Diego Alonso in Spanish this week. “Obviously, we met with a team on Matchday 1 that might be the best in the league at pressing. That prevented us from creating or connecting on many consecutive passes.”

Having finished with about 39 percent of the possession in the season opener, Inter Miami needs to do an improved job of keeping the ball in order to better control the tempo on Saturday. The good news for Inter Miami is that D.C. United is unlikely to play at the same level as LAFC, and as such Inter Miami should have plenty of opportunity to try and implement its desired proactive style.

What Inter Miami will be up against in the nation’s capital, however, is a tough team that will be just as hungry to make improvements and come out on top after also falling short last weekend. D.C. United was undone at home by a late goal to the Colorado Rapids, and wants to avoid dropping another result at Audi Field in Week 2.

Making the challenge even more difficult is that D.C. United does not tend to go down easily under head coach Ben Olsen.

“You can expect a team that’s going to fight, that’s going to compete, that’s going to be scrappy,” said Inter Miami captain and goalkeeper Luis Robles. “If we’re not ready for the fight, especially in D.C., it puts us in a tough situation, but I think we’ll be fine. When you look at some of their players, they’ve got a lot of talent, but more than anything when it comes to Benny, it comes to a team that has an engine that goes for 90 minutes.

“We have to be able to match that right off the gate.”

While it has been a staple in recent years to see D.C. United battle hard on every play, the current group might be filled with more technical players than ever before. D.C. United signed Peruvian international Edison Flores over the offseason, traded for wide player Julian Gressel, and just this week added veteran playmaker Federico Higuain to add more quality to the roster.

Combine that gritty mentality with some more skill, and D.C. United should prove quite the test.

“They don’t mind playing the long ball in behind, but the second balls we have to win because if it drops down to guys like Flores, Higuain, and Gressel, it is going to be a problem for us,” said Inter Miami forward Juan Agudelo, who is not yet 90-minutes fit. “They definitely know how to stretch the back line, especially Gressel. We have just got to be careful with that, and win our battles in the middle.”

It doesn’t sound like Juan Agudelo will start tomorrow for Inter Miami.

Agudelo said this morning at practice he is still not 90 minutes fit after recently returning from injury.

Inter Miami will also have to be more creative and clinical in the final third. The team failed to score against LAFC in part because it struggled to finish the handful of good looks it generated, which cannot be repeated if Alonso’s side wishes to take all three points in Washington, D.C.

On the other end of the field, Inter Miami will have to be extremely alert on set pieces. D.C. United scored its only goal in Week 1 off a corner kick, and some of the club’s best chances in the 2-1 defeat to the Rapids came off dead-ball situations.

“Set pieces are a key part of the game nowadays. You can have a bad game and then win it on a set piece,” said Inter Miami midfielder Victor Ulloa. “We know that and we have to be responsible on the defensive phase, and we know that they vouch and they really push forward on the set pieces and hopefully we can control that.”

All in all, D.C. United may not be as talented or dominant from the run of play as LAFC. Nonetheless, Saturday should prove to be another difficult match for an Inter Miami side that is still growing, learning, and looking to get better.

“Incremental improvements,” said Inter Miami captain and goalkeeper Luis Robles of what he wants to see this weekend. “I’d like to think the heart and the determination that we showed (in the season opener) is something that will be a staple, that can be expected when you think about Inter Miami.

“If you can build off that with talent and quality and tactics, you put yourself in a really good situation, a great position as a team. … I’m looking forward to celebrating the first three points in the history of this club. Hopefully it happens this week.”