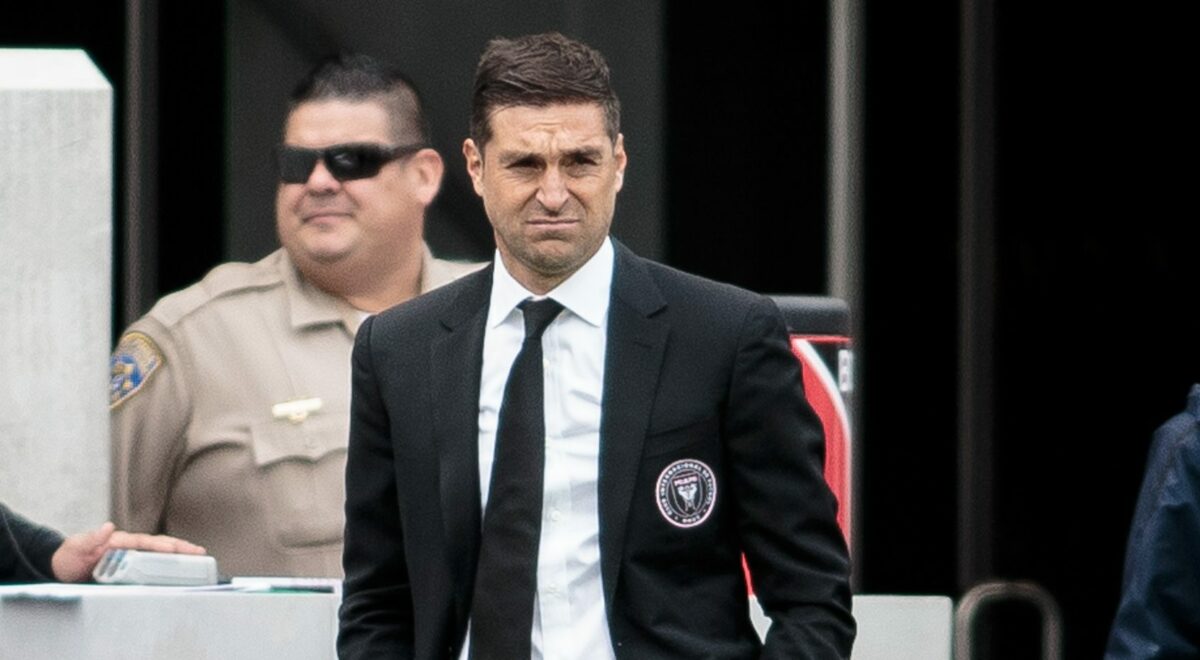 Coaching a team that cannot be together is quite the task, but that is the challenge that managers all across the world are facing right now.

For Inter Miami head coach Diego Alonso, working through that requires some individualized exercise programs and a decent dose of video calls.

Much like the rest of the world, the 2020 MLS season has been put on pause as a result of the coronavirus epidemic. There have not been games since March 8, and teams have not been allowed to train collectively for almost two weeks as the league attempts to do its part in mitigating the spread of the lethal virus.

That, of course, has presented Inter Miami and all other MLS clubs with quite the dilemma. After all, how do players maintain their match sharpness and fitness without being able to practice together?

“We are in contact with the players via phone calls and videoconferences,” said Inter Miami manager Diego Alonso in Spanish via a conference call on Tuesday morning. “We as a staff have been monitoring their fitness plans, which are outlined by individual and positional needs for each player, and we have communicated via videoconferences by positions during all of last week and, starting as of today, this week as well.”

One thing Inter Miami’s coaches have relayed to the group is the need to keep running and doing drills on their own. Only players recovering from injuries are currently permitted to go to the training facility at separate times as to avoid contact, and thus the bulk of the expansion team’s roster has to exercise in isolation in order to reduce the unavoidable drop off in conditioning levels.

“What we have to do now from a professional standpoint is attempt to have the players continue training so that they don’t lose their fitness abruptly,” said Alonso “As much as they train individually, there is going to be a loss of fitness because of the amount of time that we don’t train collectively. The type of training individually and collectively is different, in terms of the amount of force and resistance used.

“There are lots of details, but we have tried to give the players daily workout plans in addition to the GPS monitoring that we have of them to see exactly what distances and intensities they are running at.”

And his choice in workout music.👌🏽

The individualized workout plans are not all Inter Miami players are putting their focus on right now. The squad is also going over tactics with Alonso and the rest of the technical staff, even though the expansion team cannot currently work on them on the field as a group after getting off to an 0-2 start in this MLS campaign.

“Through our videoconferences we work on things tactically by reviewing concepts that we’ve already trained or things we need to improve on, either by position or by which line on the field they play in,” said Alonso. “That is one way to at least continue reviewing things while also seeing each other regularly throughout the week and staying in contact so that we don’t lose that personal feeling that we have with the players.”

Even with the tactical talks and specialized workout regimens, Alonso knows that it will take some time for his Inter Miami players to return to optimal fitness conditions. How long that process will be will depend on how long Major League Soccer’s mandated suspension is and how long the players are away from the field as a group.

“It all depends on the stoppage we have,” said Alonso. “If the stoppage is only two weeks and if there is no big drop off in fitness, then you can quickly in a little bit of time, 10 or 15 days, get back to a state of optimum levels more or less. If this extends to three months, surely we will need four weeks at a minimum to prepare.

“It will all depend on the amount of time it takes.”