New faces come through for Sporting KC in season opener 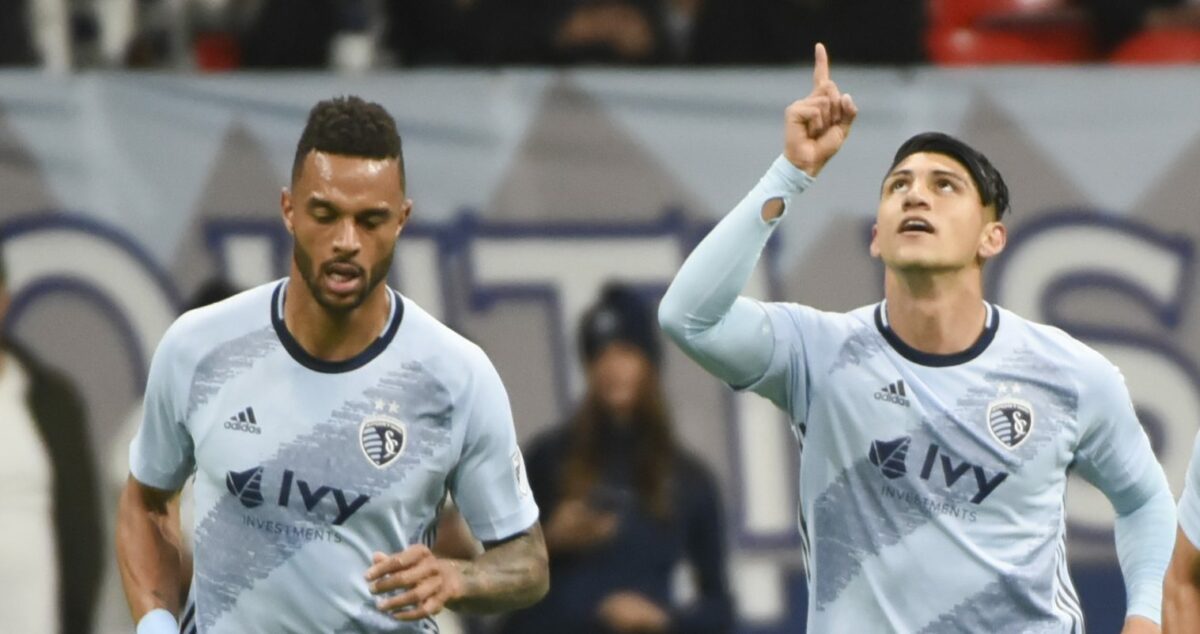 Sporting Kansas City made big changes to all phases of their game over the offseason and it took each of them only one game to show that each of them were worth it.

SKC started several new faces in their season opening 3-1 win over the Vancouver Whitecaps and all of them played a significant role in the victory.

Alan Pulido was the club’s number one acquisition over the winter and it took him all of 16 minutes to show why they picked him up. He showed his ability to find the ball and make the most out of a rather low-percentage opportunity by diving onto a header and picking out the far corner of the net. He also displayed his skills as a passing threat by completing more than 90% of his attempted feeds, showing he has the capability to be an all around attacker capable of setting others up just as well as he can score himself from a central forward position.

“It’s what I expected,” Vermes said about his new lead striker. “He can play in between the lines. When he needs to be a target forward, he can. When he needs to go out wide and play combination play, he can. When you get him around the box and you give him just a little bit of time, he’s a clinical finisher, he’s deadly, and he’s got a great nose for the goal. I’m really happy for him that he gets the goal because he worked hard during the preseason.”

Joining Pulido on the scoresheet was Gadi Kinda, who is on loan from Beitar Jerusalem. The central midfielder was ripping shots from distance right from the start of the game and one of them curled into the upper 90 in the 39th minute for what was the most impressive of SKC’s three goals on the night. In addition to his long-range shooting efforts, he was a force moving forward with precision passing while remaining responsible defensively.

“He worked so hard,” Vermes said. “If you love this game and you love positive play, that guy is electrifying to watch. He deserved the goal based on his positive play tonight. ”

Those offensive performances would have meant nothing had it not been for strong play at the back. That’s where Roberto Puncec, the third newcomer to the starting eleven came in. Puncec meshed well with Matt Besler in central defense, which came in handy when Vancouver began to turn up the pressure down a goal late in the match.

“I thought Matt and Puncec were fantastic,” Vermes said about his defensive pairing. “I thought that they read situations really well. They made good decisions, when to clear it, when to keep possession. I was very happy with that aspect. In the second half, what we did really well was we managed the game tremendously because we were brave.”

Puncec even played a part going forward. His header set up Pulido for the impressive opening goal, giving him an assist in his first MLS game.

Finally, Khiry Shelton also started at right wing in his return to MLS after a brief stay in Germany. He ended up having a low-key excellent game despite not getting on the scoresheet. His passing skills from the outside were on display. He had four key passes, although none were converted to goals.

Overall, it was the type of performance that SKC can build upon as they look to rebound from missing the playoffs a year ago. They had an aggressive offseason and that aggression is showing signs of production after one game.

“I thought we played well tonight,” Besler said after the game. “Guys made their debuts, two new guys for us scored goals, so that’s going to help their confidence going forward. We can feel good about this one but we realize it’s only the first game. We’ve got to move on and continue to get better.”

SKC returns to Children’s Mercy Park on Matchday 2 for a date with the Houston Dynamo.