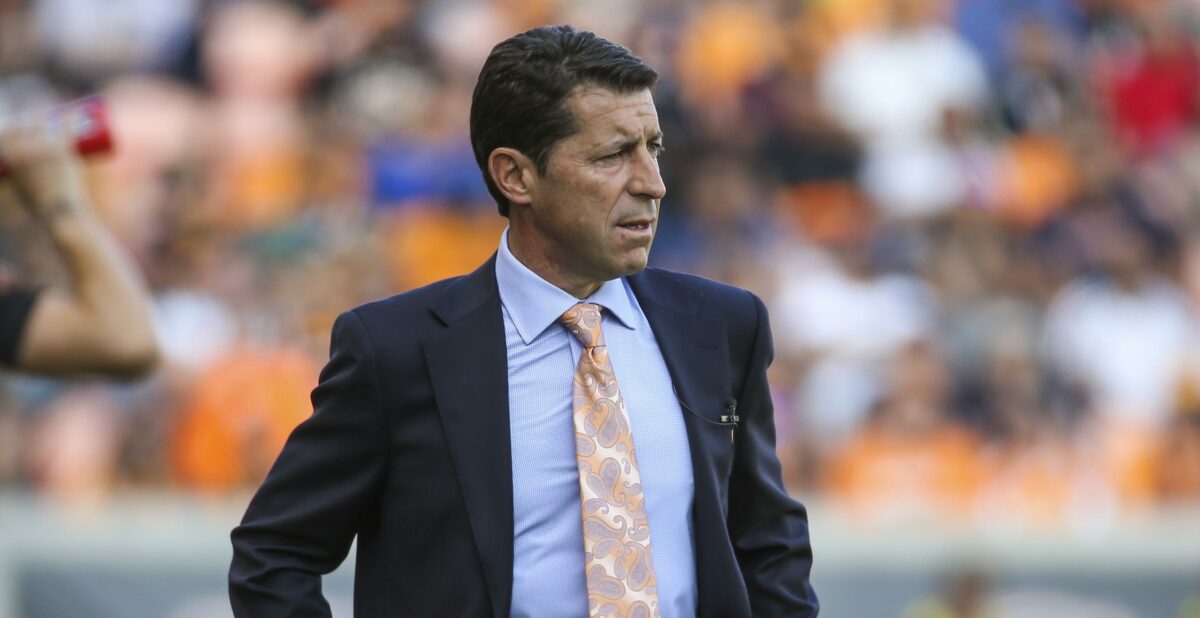 Making the jump to MLS is always going to be a challenge for a head coach, even if he’s coming from years of working at the international level. Tab Ramos got the chance to savor a point in his MLS head coaching debut on Saturday as the Houston Dynamo fought back on home soil.

It wasn’t the prettiest opening day performance at BBVA Stadium, but it was a positive first step in what will be a long season. Mauro Manotas’ second-half equalizer earned the Dynamo a 1-1 draw against Western Conference rivals L.A. Galaxy and gave Ramos his first point as an MLS head coach.

“First of all I’m proud of the team,” Ramos said. “I think the team made a really good effort. I thought the first ten minutes we looked a little bit nervous – maybe the crowd, the first game, you know all those things maybe made us start out a little bit slow and that caused us to have to fight from behind. So, other than that I’m happy with what the team did today.”

It wasn’t the best start for the Dynamo who conceded a wonder-strike from Cristian Pavon only 13 minutes into the season. Pavon lined up a shot and belted a strike over the diving Marko Maric and into the top-right corner. It was a tough task for any keeper to save, but the Dynamo allowed Pavon the space to line up his shot which could have been avoided.

“The tough part about playing such talented players is that they just need one moment, as you can see,” defender Zarek Valentin said. “I think we outshot them and probably had more possession, a lot of the stats probably went in our favor, but with this league, the margins are so small. One semi-counter attack, and I think we probably had even numbers, I will have to double-check the film, but all you need is to give these guys half a step and look what happens, the ball gets put in the upper corner. It is difficult. I think we maybe could have put the fire out, but for the length of the game, I think we held them a little bit under wraps.”

Despite allowing the opener, the Dynamo held their own for the remainder of the match. They owned 60% of the possession and got their equalizing goal from Manotas, a sight which Dynamo fans saw 13 times from the striker in 2019. It was only one of two shots on goals from the home team, but it was all they needed to avoid a defeat on opening day for the first time since 2011.

“Well, this was a hard-fought game and that’s what we expected against a good rival, one that doesn’t hide and one that wants to play attacking soccer,” Manotas said. “I thought we had control of the game and the majority of the possession for most of the game. I think we just need to make better decisions at the end of the game. Well, those are things we need to touch on and we will do this next week. My goal is to be more accurate in future games.”

“I thought our defending was good, but I think of defending as our first defender is our most advanced attacker,” Ramos said. “So, I think we started defending well from (FW) Mauro (Manotas) all the way back and I think that’s what helped us get back in the game.”

The Dynamo disappointed in 2019, finishing eight points back of the final playoff spot in the Western Conference. With Ramos injecting new life into the team, Saturday’s performance was a positive one even if it didn’t come with a full three points. Now the goal for the Dynamo will be to build off this result ahead of a trip to Sporting KC in Week 2 on March 7th.

“I think Tab [Ramos] has come in and done a very good job of motivating everybody and giving them that confidence when they are on the field,” midfielder Memo Rodriguez said. “I think that is important, for a player to get confidence from the coach, and then obviously it is our job to perform on the weekends and you know that motivation that everybody has to win is good.”