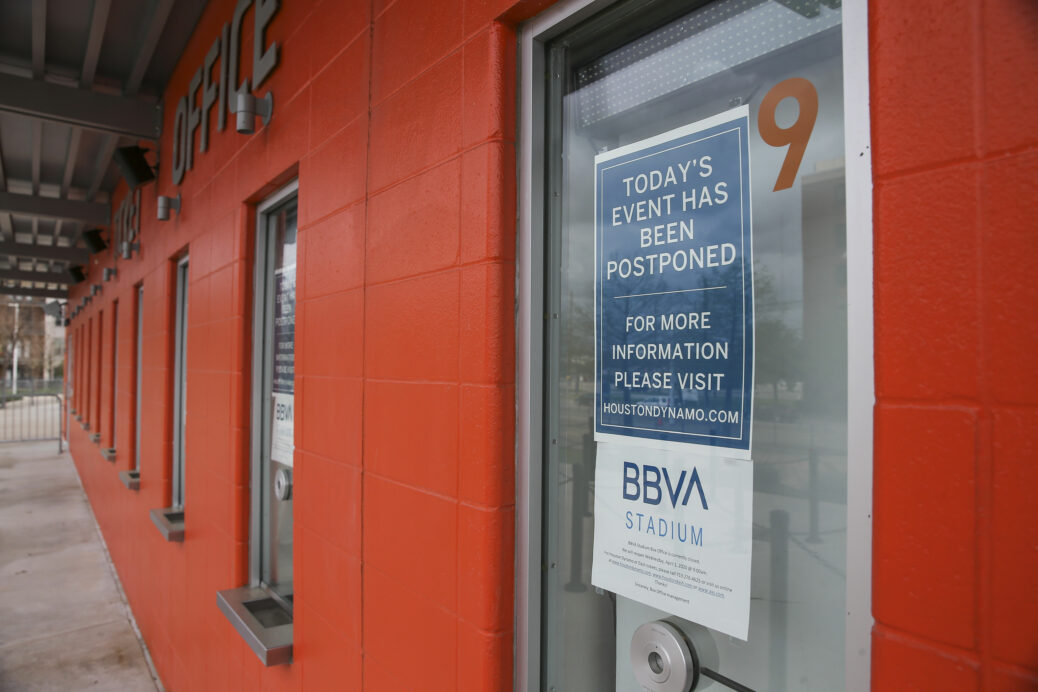 Everywhere you look, in every way, things have changed.

“It seems like just yesterday,” said Seattle Sounders head coach Brian Schmetzer on Monday, “that we were going to get on a chartered airplane to Houston to play our third game of the year. We were dialed in, ready to go. Things change.”

The Sounders never boarded that plane. Never played that March 14 match against the Houston Dynamo. They haven’t trained since March 11, and will not train again any time soon. The COVID-19 pandemic has upended life for just about everyone living in the United States, and from Fortnite-obsessed players to self-quarantined front office brass, the Sounders are no exception.

For some, life under shelter-in-place rules has come with some decidedly unserious burdens.

“My wine cellar is dwindling very fast,” said Schmetzer, who is taking a pair of long walks with his wife and dog every day, cleaning out closets, watching movies.

Others, though, have been forced to at least temporarily isolate themselves from loved ones.

Garth Lagerwey, general manager and president of soccer, lives in Kirkland, Washington. Aside from serving as the namesake for Costco’s famous line of private-label products, it’s an unremarkable, well-heeled suburb of 90,000 nestled between the shores of Lake Washington and the foothills of the Cascades. It is also home to the Life Care Center, a nursing home that is ground zero for the coronavirus outbreak in this country. Nearly 100 residents and employees have tested positive. Thirty-seven have died.

Lagerwey and his family live only a mile from the facility. His mother-in-law  — at risk because of her age — lives even closer, just down the block from the nursing home, and had interacted with staff members. As news of the outbreak broke, the Lagerweys moved her in with the rest of the family, but at the time Garth Lagerwey had still been attending training and games and performing public duties. And so off he went into a small apartment above the garage.

“I was basically quarantined there for two weeks to protect my mother-in-law,” Lagerwey said on Monday. “Stuff like that makes it really real. To be clear: high-class problems. They are not [serious] relative to what other people are going through. It is absolutely no big deal, but…it has had a direct impact on our family.”

As for the players, two experienced symptoms that led the club to check for the coronavirus; neither tested positive. While MLS is allowing players to leave their club markets in some circumstances, none of the Sounders’ players have left the Seattle area, according to Lagerwey. Cristian Roldan organizes Fortnite games. Stefan Frei works on a budding art career and plays Call of Duty with supporters.

In a bit of good news, Nicolas Lodeiro, who missed the Sounders’ first two matches with nagging tendinitis that carried over from the 2019 campaign, is now “chomping at the bit,” according to his coach.

“I mean, I might have taken him down to Houston,” said Schmetzer, “but then the rug got pulled out from under him. So, he is really now in kind of a space where he’s had a couple of extra weeks off, he’s feeling great, and he wants the games to start.”

To help players stay fit, the club provided take-home kits with soccer balls, resistance bands, foam rollers, handheld weights, “all the little stuff like that,” according to Schmetzer.

“We’re trying to follow the rules,” he said, “but then also give them enough exercises – whether it’s indoors, whether it’s outdoors, whether it’s a foam roller, whether it’s a toilet paper roll. I mean, you guys name it we’ve tried to be as creative as possible to get the guys to continue to stay in shape. That’s our number one goal. When Garth gets the OK from the league to start games up again, I sure we’re not going to get a five-week preseason in again, so it’s critical that we take these days and make the most out of them, and try and keep [our players] as healthy and fit as we can.”

But while some MLS teams have sent players big equipment like treadmills and exercise bikes — and the GPS units and heart monitors to track their use — the Sounders have not yet gone that far. Perhaps because living at the source of the outbreak they understood earlier and better than most that normalcy is not around the corner.

“We’ve done what we can,” said Schmetzer, “to try to keep the players engaged and have them have some sort of contact with the coaching staff, the training staff, the fitness staff. But it’s challenging. There’s a lot of articles out there that [say] coaches are sending [players] film and doing all that sort of stuff. I mean, we’ve kind of shied away from that to start with. We don’t how long this is gonna last. You can’t have them watch film for six weeks straight, if this goes out very much longer. So the coaching staff has started to work on intermittently giving them a little taste, maybe a little homework assignment, putting it out there in smaller doses, so that we can kind of not flood them with a bunch of minutiae, but actually give them something that they will retain.”

If league play resumes with something like a three-week preseason, the Sounders would likely ramp up at-home fitness two weeks prior.

“We’d make sure that they all had stationary bikes at home,” Schmetzer said. “We would do whatever it takes to make sure that we get the right amount of fitness in, so we don’t put the players at risk.”

Things change. Sport will return. MLS will return, and at some point this summer the roar of 42,000 fans at CenturyLink Field will make a cup of coffee in the press box tremble once again. For now, though, there are more serious concerns.

“The important message,” said Lagerwey, “is that we act as good community members right now, and try to be leaders and good examples of what is required of all of us, in this shared sacrifice, to get through this.”