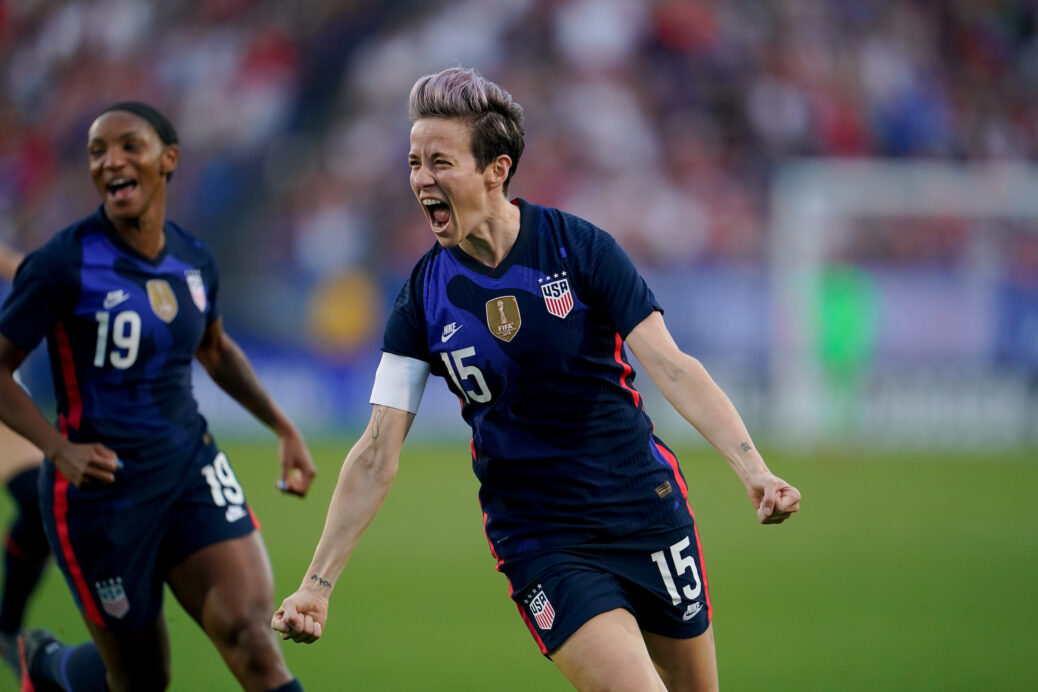 In the fifth edition of the SheBelieves Cup, the U.S. Women’s National Team claimed the trophy for the third time on Wednesday night with a 3-1 win over Japan at Toyota Stadium.

It didn’t take long for the Americans to strike, after an early play that saw Japanese midfielder Mina Tanaka earn a yellow card when she toppled over Lindsey Horan. Megan Rapinoe nailed the back of the net from outside the box on a free kick in the seventh minute.

The recently-thriving Christen Press would join in on the scoring 20 minutes later in style to put her name in the scoring column. Rapinoe found Press with plenty of space on a counter attack, allowing the forward to score in her ninth appearance out of the past 10. From the top of the box, Press quickly turned and fired off a chipped shot that floated over Japan keeper Ayaka Yamashita and into the net on the far-post side.

Japan opened up the second half strong, forcing USWNT goalkeeper Adrianna Franch into a double-save situation with both shots coming from close-range. The Oklahoma State product held sturdy and withstood the initial attack from Japan, though it kept charging.

Pulling one back in the 58th minute, Emi Nakajima found Mana Iwabuchi in the box, and she beat Franch on the far-post side with a laser from the middle of the box.

Horan would seal the win in the 83rd minute for the Americans. A late corner-kick opportunity saw Mallory Pugh whip the ball into the box and Horan rose above the Japan defensive unit to smash it home from point-blank.

In addition to winning another competitive trophy, the win puts an exclamation point in the team’s ongoing lawsuit with the U.S. Soccer Federation over equal pay. Prior to the match, the team wore its warmup shirts inside-out in unison, hiding the U.S. Soccer emblem while the four World Cup stars above it were still visible.

Horan’s early knock in the game was scary initially. When Tanaka fell over her, she was in the process of breaking her fall and she spent a few minutes on the ground recovering, and a stretcher was brought out to assist her.

She’d go on to finish a 90-minute shift and contribute the goal to ice it.

Rapinoe’s early goal was a symbolic moment for the team. After a week where the team’s recent form was outshined by the USSF lawsuit, it was none other than the decorated captain herself to bring the conversation about the team back to the on-field product.

After Alyssa Naeher kept three clean sheets in the competition, Adrianna Franch won’t be too thrilled about conceding the goal in what was otherwise a solid, but not perfect performance.

The USWNT is back in action next against Australia on April 10th for a friendly in Salt Lake as it prepares for the 2020 Summer Olympics in Tokyo.