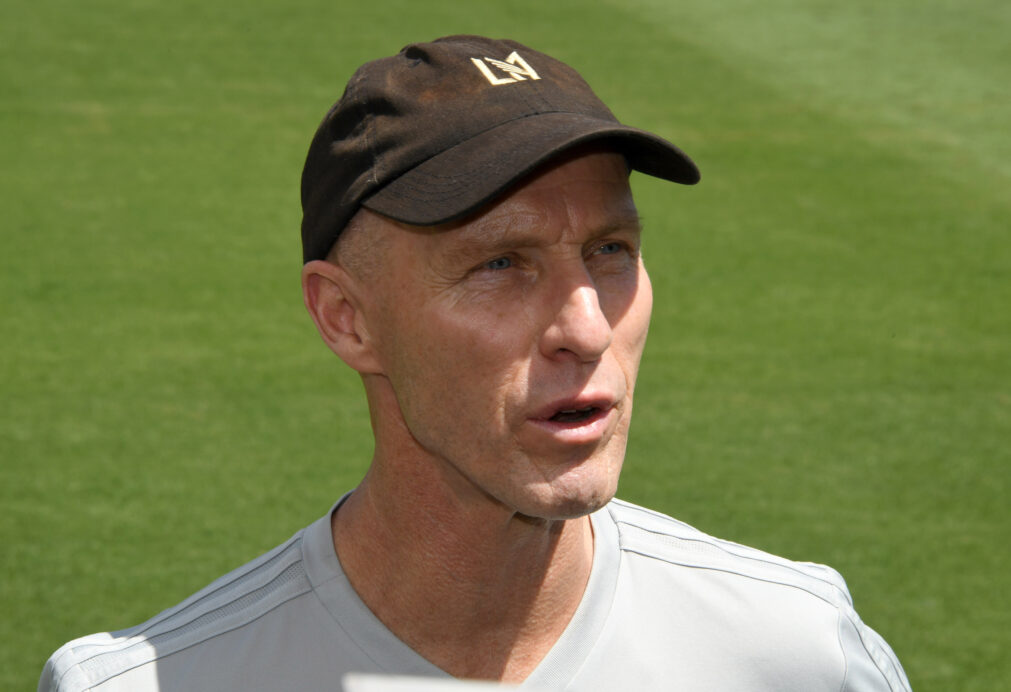 Bob Bradley has goals for himself and his career. Coaching the U.S. Men’s National Team again is not one of them.

Bradley spoke about a range of items on a videoconference on Tuesday, and one topic the LAFC manager discussed was whether he would consider leading the USMNT for a second time at some point in the future. Bradley said straightforwardly he would not, and that he was pleased with what he accomplished as head coach of the national team program from 2007-2011,

“No, I had my time with the national team. I’m proud of it,” said Bradley, who finished his USMNT stint with a 43-25-12 record. “When I left, I was always excited for every new challenge. I fully support (current USMNT manager Gregg Berhalter), and no. I’m very proud of what took place during those five years.

“… I don’t think about coaching our national team again.”

Bradley, 62, is currently in his third season in charge of LAFC. The American manager took over as head coach of the MLS team ahead of the start of its expansion season in 2018 and has helped LAFC become one of the league’s powerhouses. LAFC has gone 38-13-19 in regular season play, won the Supporters’ Shield last year, and has broken a number of records under Bradley’s watch.

His USMNT tenure had its share of accomplishments, too, including winning the 2007 CONCACAF Gold Cup and finishing first in group play at the 2010 World Cup ahead of England. The USMNT also reached the final of the 2009 Confederations Cup under Bradley, beating a historically-successful Spain side in the semifinals before falling to Brazil in the title game.

“You share experiences and those experiences, man, they stick with you,” said Bradley. “No matter what happens, when a group of guys have been in something together, those are things that no one can ever take away. The group of guys in 2009 and 2010, I think we had a real team. I see a lot of those guys still, and when a game like that comes up on TV it’s funny how all of a sudden people start reconnecting.”

Bradley might not have any interest in leading the USMNT again, but he is laser focused on trying to help LAFC win an MLS Cup. The MLS side has fallen short of that goal in each of the past two seasons, but is a favorite to win it all once the current campaign resumes play.

“I was just blown away by the way people who had been involved in the organization from Day 1,” said Bradley of LAFC, “that had created a connection with the city of Los Angeles and with the fans and really wanted to make something where people felt like they were in it together. I was thrilled to be part of that.”