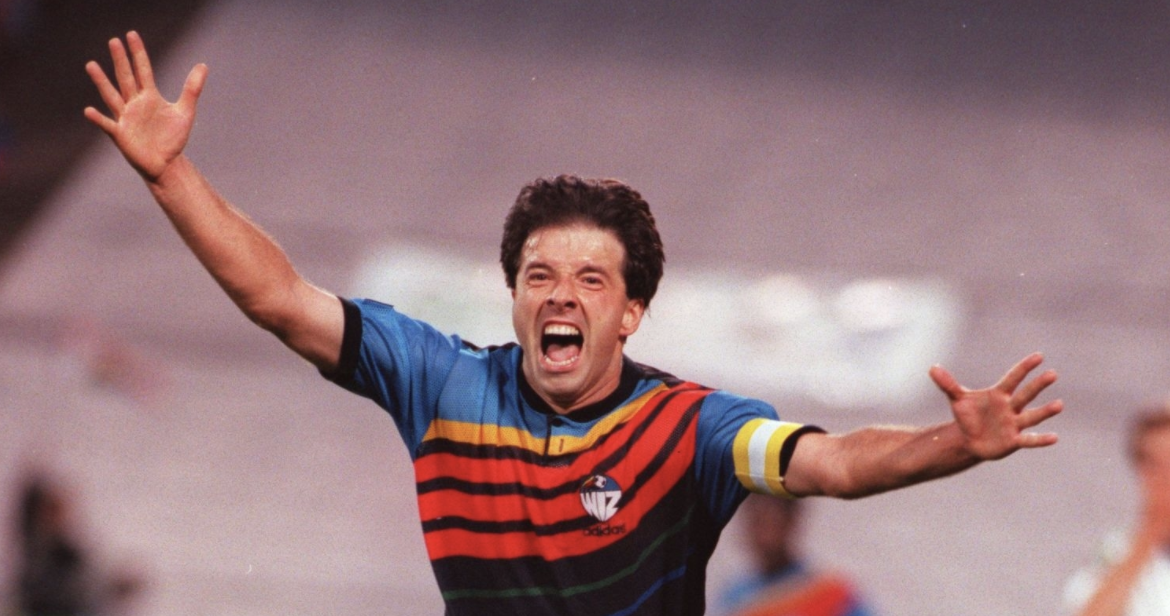 Next we take a look at another original MLS franchise, Sporting Kansas City. Founded by Lamar Hunt as the Kansas City Wiz, the team also previously known as the Wizards have won two MLS Cup titles and the U.S. Open Cup four times, tied for the most of any MLS team.

Their squad draws mostly from those two title winning teams and also features some long-time club veterans that are nothing less than synonymous with soccer in Kansas City. 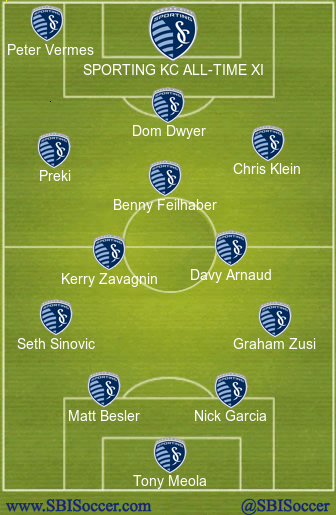 Meola was traded to Kansas City in 1999 and, after an injury riddled first campaign, he took the league by storm in 2000. He was the league MVP and Goalkeeper of the Year, as well as MLS Cup MVP as he backstopped the Wizards to their first MLS Cup championship. He stayed with the club through 2004, where he helped the team get back to MLS Cup and win the U.S. Open Cup for the first time.

Zusi is a Sporting KC lifer who was drafted by the club in 2009 and made his debut early in that season. Initially a winger, Zusi has since made the transition to right back, become one of the best in MLS at his position.  He has played in 330 games with SKC in all competitions.

The current Sporting KC captain is another club lifer from the 2009 draft. Besler is a local guy who has been around since the literal beginning of the club. He was present as a fan for the team’s first ever game back in 1996 and has gone on to be nothing less than a constant presence as a player. His 340 appearances and 29,720 minutes played are both club records.

Garcia was drafted second overall in 2000 and went on to help the club to its first MLS Cup title that season. He started 224 games with the club over eight seasons, playing a key role in the back line of the 2004 team that won both the Western Conference and U.S. Open Cup.

Sinovic had a shaky start to his career before finding stability with Sporting KC in the 2012 season, even after being selected by the Montreal Impact in the 2011 expansion draft. He returned to the club five days afterwards and went on to become a mainstay in the backline for the 2013 MLS Cup run, making 220 MLS appearances with the team.

Zavagnin came to the Wizards in 2000 and quickly became one of the best midfielders in MLS. He started 31 regular season games and all seven playoff matches on the way to lifting the MLS Cup. He kept his passing skills in KC until 2009, amassing over 200 appearances with the club.

Arnaud was a big part of the 2004 Western Conference Champions after he filled in for the injured Preki at the start of the season. He scored nine goals in 30 starts that season and used that performance to earn a regular starting spot in the midfield for years to come. He was named captain in 2010 and served in that role until he was traded after the 2011 season.

Klein was known for his longevity as a starter as he went on to start a league record 118 consecutive games. That streak started at the tail end of his SKC career. Before that though, he made a name for himself thanks to his excellent work rate in midfield as a member of the 2000 MLS Cup-winning side. He played 200 games for SKC, scoring 39 goals before being traded before the 2006 season.

Preki holds just about every offensive record of note for Sporting KC. He is the club’s leading goal scorer with 71 goals and he also leads in assists with 98. Preki also holds the club’s career record for shots and shots on goal, as well as single season records for shots, shots on goal, and assists. A member of the original Kansas City Wiz, Preki went on to play nine seasons with the team, winning the 2000 MLS Cup and the 2004 U.S. Open Cup.

Feilhaber came to SKC in 2012 and his pinpoint passing game was crucial to the team’s 2013 MLS Cup title. His 2015 season was one of his best when, a major part of the team’s attack, he was an MVP finalist after scoring 10 goals and providing 15 assists.

Dwyer holds the SKC record for most goals in a season with 22 in 2014 in his first year as a regular starter. He’s always been known for his excellent finishing as he scored double-digit goals for three straight seasons from 2014-16 before being traded away in 2017.

Vermes is the longest tenured active coach in MLS, having coached 418 games, most of any MLS coach with a single team. He has racked up the wins since he became SKC’s head coach in 2009. His teams have made the playoffs in eight of the 10 full seasons he has coached and SKC won MLS Cup in 2013 and the U.S. Open Cup three times.