Sizing up the USMNT roster and first-choice XI: Pulisic, Reyna and more

While it remains unclear just when the soccer world will return to action, whenever play resumes it will include some very important matches for the U.S. Men’s National Team.

The Nations League knockout rounds were postponed, clearing the international calendar for the USMNT until World Cup qualifying begins later in 2020.

Which players will Gregg Berhalter call on when play resumes? Here is a closer look at the player pool and the best available squad the USMNT can field when action returns: 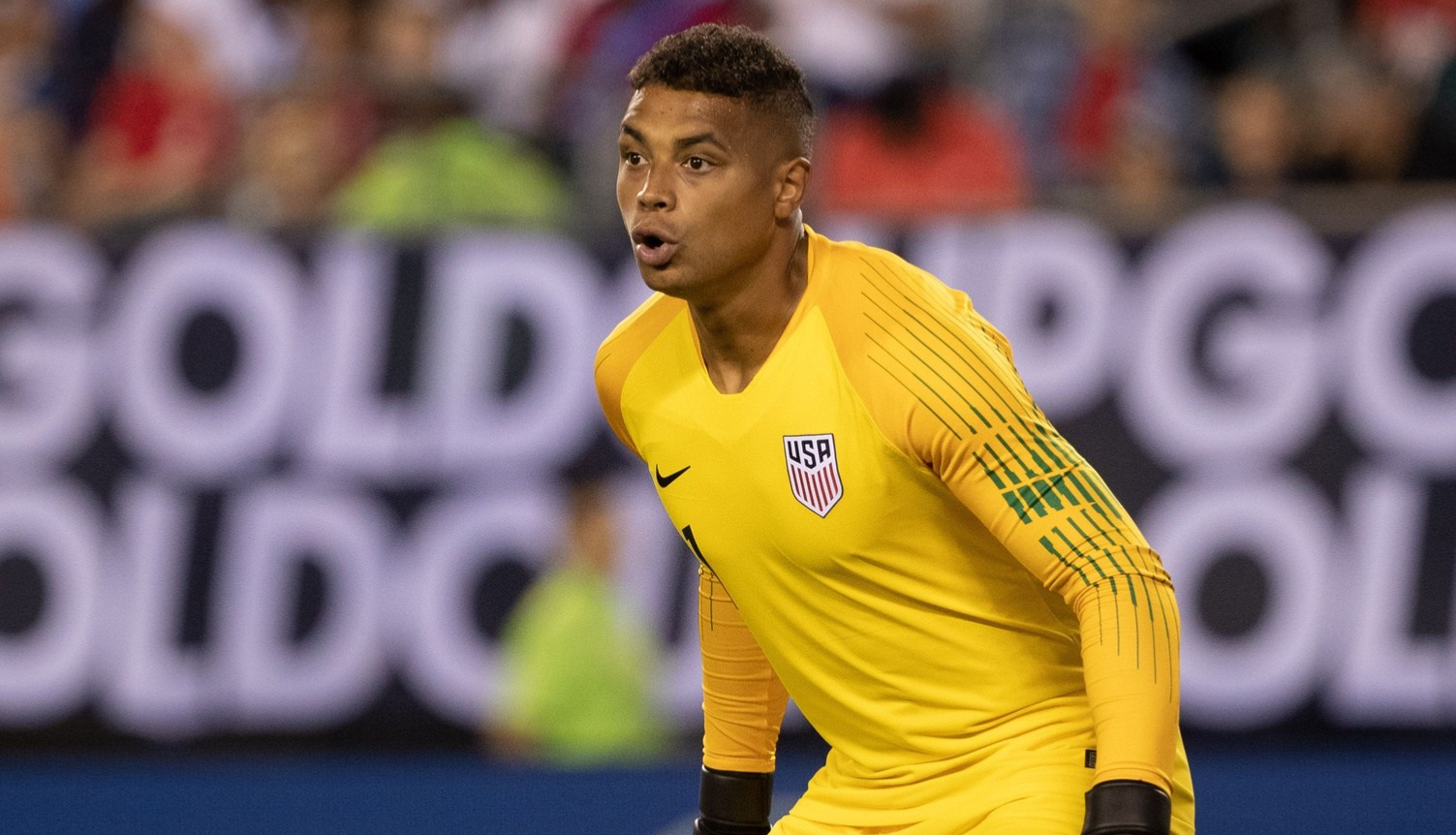 Knee tendonitis has kept Steffen out of action in 2020, but with time to give his knee rest, Steffen should be ready to go when play resumes, and he remains the top choice as starter.

Sean Johnson and Brad Guzan should continue to battle it out for the second spot, and round out the trio most likely to be called in. Johnson was in very good form to start 2020 and had solidified the second spot, but Guzan’s experience makes it a real possibility he would still be the choice to start important matches if Steffen wasn’t available.

Reggie Cannon has moved ahead of DeAndre Yedlin, who has fallen out of the playing rotation at Newcastle. Ventura Alvarado was sidelined by injury recently that would have kept him out of the March friendlies, but he’s a good candidate to be called in when play resumes, if he’s healthy.

Robinson’s heart condition required a procedure to correct, and it remains unclear how long he would need to recover, but if he’s healthy when the USMNT is back in action then he should definitely get a look.

Bradley was already set to miss four months after offseason surgery, but now he could very easily be healthy and available when the USMNT returns to action. As much as looking at younger alternatives is something Berhalter should consider, Bradley is still a player you bring in for important matches.

Holmes was sidelined with an injury that was going to cost him a shot at the March friendlies, but he was in excellent form before the injury, and Berhalter was scouting him and planning to have another look. 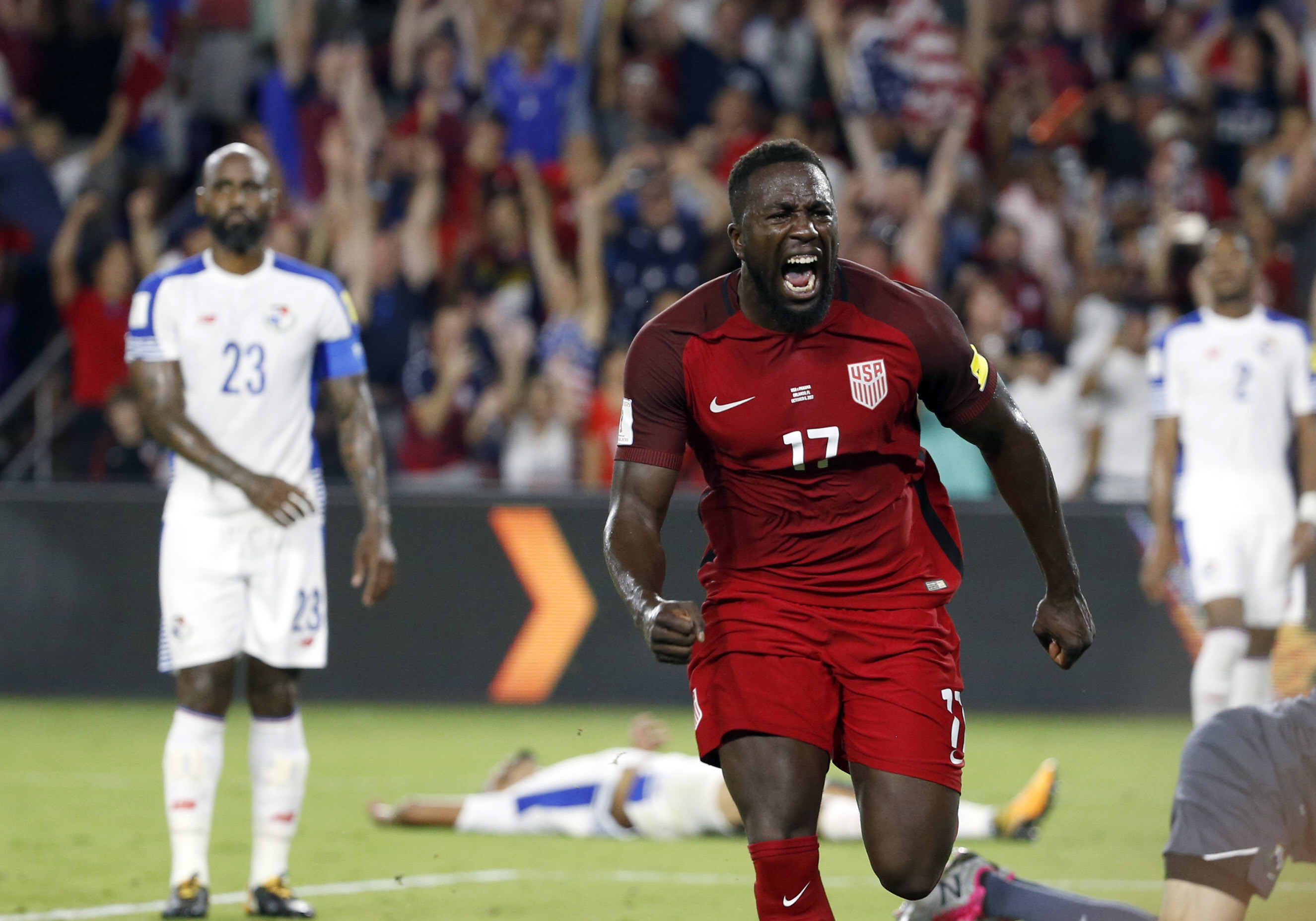 In this projection we include three strikers, though generally Berhalter only brings two. Zardes is capable of playing in a wide role, and it’s tough to see Berhalter leaving either Altidore, Sargent or Zardes home if all three are healthy and available.

On the winger front, Jordan Morris is a locked in starter, while Gio Reyna’s rapid rise thrusts him into the conversation. Tyler Boyd stands a good chance of starting in the near term after Paul Arriola’s torn ACL, but you have to think Reyna is on the fast track, and could be a candidate to start by the time World Cup qualifying rolls around.

As Berhalter searches for new winger options, you have to think he’ll try to find room for Jesus Ferreira, who is versatile enough to play multiple positions. Sebastian Saucedo is another player who has enjoyed a rapid rise in 2020, and he stood a good chance of playing a prominent role in Olympic qualifying.

Tim Weah is a player who has to be considered when healthy, but after missing almost an entire season due to hamstring injuries, it’s tough to tell whether he will be able to work his way back into the USMNT conversation this year. 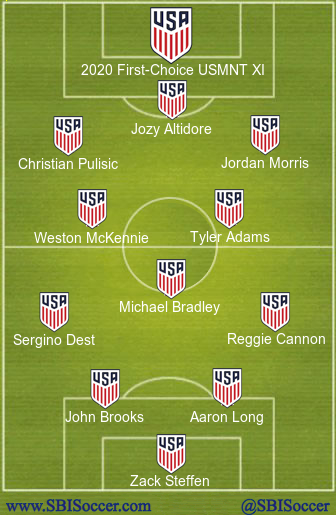 As much as there will be a continued belief among many USMNT fans that it’s time to move on from Michael Bradley, nobody should be surprised if he remains a focal point in midfield when World Cup qualifying rolls around. He has clearly lost a step, but partnering him in central midfield with two tireless engines like McKennie and Adams could help cover for his weaknesses while allowing the system to benefit from his distribution.

Gio Reyna’s time will come, and it’s easy to see him starting a year from now, and when that time comes, Pulisic can slide to the middle, with Adams dropping into the defensive midfield role he is perfectly-suited to play. That’s a shift that will happen eventually, but it wouldn’t shock me if we’re seeing that as early as September.

At striker, Jozy Altidore is still the top option, though Josh Sargent is the heir apparent and is well on his way to grabbing the lead striker role for himself.

Reggie Cannon gets the nod ahead of DeAndre Yedlin, though if Yedlin can regain a starting role at Newcastle, or make a move to a club where he becomes a starter, then the battle for the starting right back role will open up.

Sergino Dest is both the best right back and best left back option in the pool, but there are fewer left back options at the moment so he should slot into that role for the near future.

What do you think of this projected squad. Who would you change in our projected preferred starting lineup?