USMNT Spotlight: Thriving in Germany after tough start, Ulysses Llanez sets sights on Olympics and beyond

LONGBOAT KEY, Florida —There are 5,700 miles between Los Angeles and Wolfsburg, Germany, and for Ulysses Llanez, that distance felt even longer when he arrived as a 17-year-old dreaming of soccer stardom.

The tale of the homesick young American player struggling to adapt in Germany is a well-chronicled one, from American legend Landon Donovan’s teenage years at Bayer Leverkusen to Zack Steffen’s fledgling pro stint at Freiburg.

Llanez was in danger of being the next such American to leave Germany prematurely after a rough start to his time at Bundesliga club Wolfsburg following his decision to turn down a chance to sign a homegrown player deal with the LA Galaxy.

“It was terrible,” Llanez told SBI of his early days in Germany. ” I just felt like I wasn’t home, I felt like I made the wrong decision. At the same time, I told myself it’s a risk for me to become a better player. The thing that always plays in my head was my parents have risked a lot for me, have sacrificed so much for me. This is the least I could do for them to show what I could do here in Europe.

“I think it’s a big sacrifice that is going change my life hopefully in the future, but I feel like it’s the best decision I ever made in my life.” 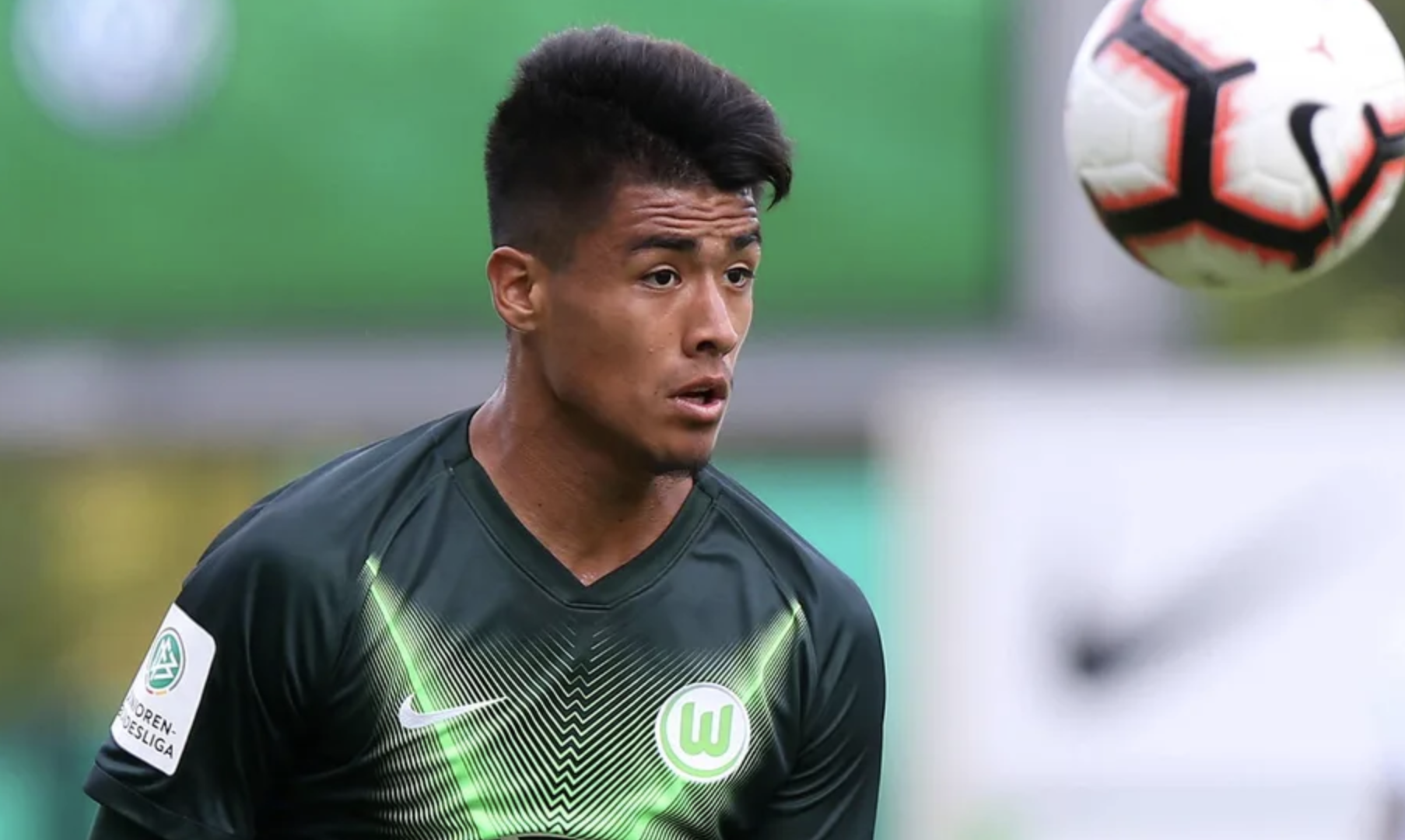 Less than a year after that rough beginning in Germany, Llanez is reaping the rewards of being able to persevere. He earned a call-up to the U.S. Men’s National Team’s January camp, and his first USMNT cap, after having dazzled during the first half-season with Wolfsburg’s U-19 team, a stint that saw him register 10 goals and three assists in 11 matches.

Llanez, who turned 18 last April, was unable to officially register with Wolfsburg until last summer, meaning he spent his first months in Germany ineligible to play, a period that tested his patience and shook his confidence.

“When I was there just training, I felt like I wasn’t good enough and I wasn’t playing, but once preseason started I just felt like this is for me,” Llanez said. “When I first got there in Germany it was really hard. I was just thinking about going home like the next day, like ‘What am I doing? Is this even for me? But (Wolfsburg’s American U-19 defender) Michael Edwards has helped me a lot as well. We’ve been there for almost a year now, and ever since then I feel like he has helped me become a better person, and I feel like I have helped him become a better person as well.”

Llanez credits his experience at last summer’s Under-20 World Cup with giving him the confidence boost he needed to return to Wolfsburg ready to make an impact.

“First off, it’s the World Cup, like wow. It was a dream come true,” Llanez said. “I got left out of the Under-17 World Cup and I felt like I should have been on that roster. The camps before that I feel like I killed it every camp, and just not getting called into that Under-17 World Cup has helped me even more going towards the U-20 World Cup.

The 2021 Under-20 World Cup is still a long way away, and there are plenty of other targets for Llanez to aim for in the near term. He is hoping to make his first-team debut with Wolfsburg, and he is also working to make a good impression on USMNT coach Gregg Berhalter in the current USMNT camp.

“We have a good relationship with Wolfsburg,” Berhalter said. “I played with the Sporting Director there. We’re very close with that club, John Brooks is there. Talking through the opportunity to bring Uly here, they were excited for him to get this chance with the National Team.

“They speak really highly of Uly,” Berhalter said. “We’re excited to get in camp. He’s grown since this camp started. We like his tenacity and he’s able to create and try to win the ball back defensively.”

“It’s been good,” Llanez said of his first USMNT camp. “I feel like I’m learning a lot, especially like the way Gregg wants us to play. Like how I’m used to playing, it’s something new. The way that he wants to play is something that’s really helpful for me because I can take this and use it when I’m at Wolfsburg, and just in case if I get called into another camp I know what he wants, and have a better idea what he wants.”

Llanez’s call-up was a surprise given the fact he hadn’t even been called up to a U-23 camp before, let alone a senior national team camp, but his unique ability to take on defenders on the wing makes him an intriguing option for Under-23 coach Jason Kreis as he considers his options for Olympic qualifying in March.

Though only 18, Llanez has been a highly-regarded youth prospect for several years, and made headlines when he spent time in youth national team camps with Mexico. The dual national eventually returned to the U.S. youth setup where he has remained, even after being left off the 2017 U.S. Under-17 World Cup team.

“At first I was like ‘Let me just give this a try. Let’s see how it works’,” Llanez said. “I was like ‘I kind of like it but I kind of don’t. My Spanish is not good. It was terrible back then. I’m starting to learn more Spanish. The second (camp) I just didn’t like it at all. At the same time I didn’t want to go back (with the United States) because I didn’t want to look bad. I felt like I was going to stay in Mexico forever, but I didn’t really feel comfortable there.

“Shaun Tsakiris invited him to a (U.S.) U-17 camp, I felt amazing because I knew this was where I wanted to be. It was a little awkward because everyone’s asking me “How was Mexico” and I was like ‘I didn’t want to talk about it’.”

Llanez is still technically eligible to play for Mexico, though the option seems pretty far-fetched now for a player who has been so fully embraced by the USMNT program. Llanez has already experienced one youth World Cup in an American uniform, and sees the opportunity to be a part of what could be a special generation of talent working its way up the U.S. pipeline.

“I want to be a big part of it,” Llanez said. “I want to go to the U-20 World Cup, and the Olympics, the 2022 World Cup. I have a lot to look forward to. The Olympics is something I look forward to. Hopefully I get the call-up and see if Jason (Kreis) wants to call me up and they need depth in the wingers. If he needs me I’m going to be ready for him and the qualifiers.

“It’s going to be tough but I feel like I’m good enough to be part of that U-23 group.”

Llanez did earn a call-up to the U.S. Olympic qualifying squad, which would have been taking part in the Concacaf Under-23 Championships now if not for the postponement of the tournament due to the COVID-19 pandemic.

Llanez made his USMNT debut in the 1-0 friendly win against Costa Rica, which saw him score a goal in his national team debut, in a match that was played near his hometown of Los Angeles.

Since then, Llanez has continued to impress with Wolfsburg’s U-19 team as part of a large contingent of American players in Germany.

“I’ve got to thank Christian Pulisic,” Llanez said. “He was a big part of it. If he didn’t go out there to Europe and did what he did he wouldn’t be where he’s at right now. He’s a big part of it. I feel like he’s helped a lot of Americans and I’m there now so hopefully everything goes well for me just the way like him.”

While he is hoping to follow a path similar to the one previously blazed by Pulisic, Llanez is also hoping to succeed in order to reward the parents who sacrificed so much for him, and the father who believed he could be a professional soccer player even before his son believed it.

“I almost quit soccer because of him,” Llanez said of his father, Ulysses Llanez Sr. “I was like 8 or 9, he was pushing me like to the point where I didn’t want to play anymore. He was putting too much pressure on me. It would be soccer, soccer, soccer. You know when you’re little you’re just trying to have fun. But I feel like my dad has helped me a lot. If it wasn’t for him I wouldn’t be the player I am now, mentally and physically. All the training and all the hard work, I owe to him.”

Having endured the early struggles, and homesickness, Llanez has moved through 2020 with some serious momentum. Instead of doubts, Llanez’s head is filled with goals and targets that seem more attainable by the day.