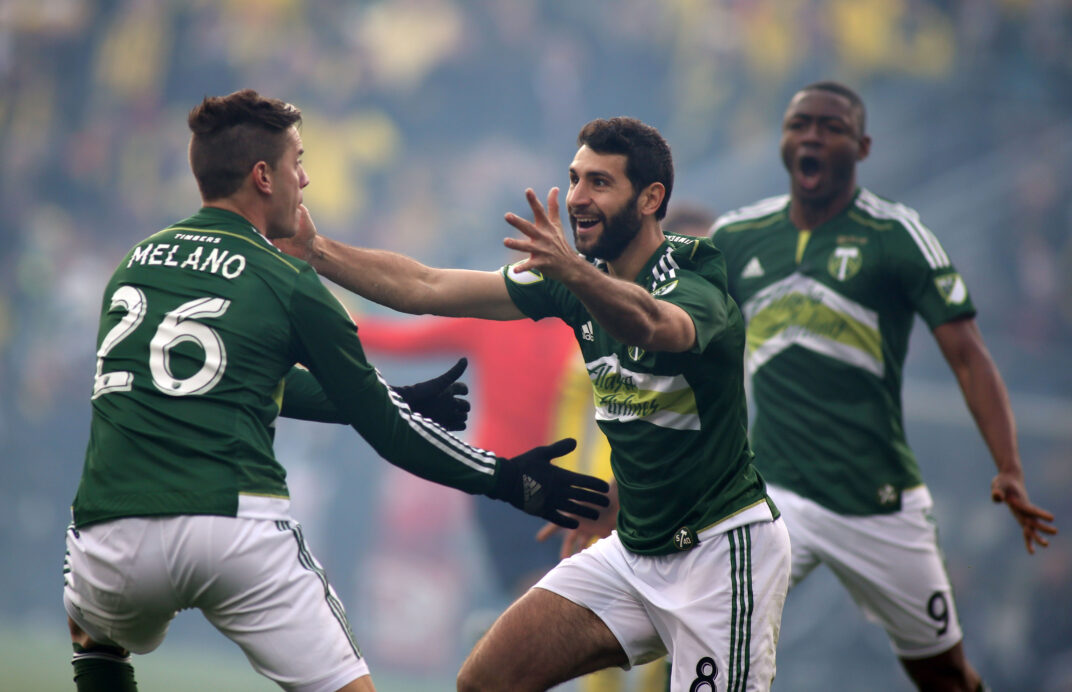 Five years ago, the Portland Timbers won their first league title in a history that long predates Major League Soccer. Their 2-1 victory over the Columbus Crew in the 2015 MLS Cup Final was a moment that a soccer crazed city will remember forever.

Diego Valeri remembers that run through the playoffs and that chilly December evening in Ohio very well. He also knows what it meant to the team’s fans, some of whom had been waiting decades to see their team lift a trophy. Valeri feels it was that moment that put the Portland Timbers on the map and made them into the team they are today.

“I look at the club, I look at our supporters, how passionate they are, how, how big is our club, right and how the community supports soccer,” Valeri said in a conference call on Tuesday. “That this club deserved to be there right to be there… In 2015 that time came true and that meaning that Portland is going to be a team that is going to fight for a trophy, always be tough to to play against.”

Valeri was with the team when they made it to the Western Conference Final in 2013, which gave him a taste of what could be possible with the Timbers. That was his first season with the team and he immediately set the goal of turning them into a team to be reckoned with and something that the fans would be proud of.

“I mean, the prestige of being a club that it’s able to win a trophy to be in those in those positions,” he said. “And if you think about it, that was something that in my personal situation, it was a goal that I wanted for this club when I arrived in 2013.”

Valeri scored the opening goal of that final only 27 seconds into the game. He took advantage of a mistake by then Crew goalkeeper Steve Clark. Rodney Wallace scored six minutes later and the Timbers would end up holding on for the 2-1 win.

Portland was never expected to come out on top at any point during that 2015 season. They started off slowly in March, but managed to recover and make the playoffs as the third seed in the Western Conference. They needed a miracle to get out of their knockout round match against Sporting Kansas City. They came back in extra time of that game to force penalties and came within millimeters of losing when Saad Abdul-Salaam banked his penalty off both posts in the ninth round of the shootout.

Goalkeeper Adam Kwarasey ended up hitting the winner in the 11th round after stopping his goalkeeping counterpart Jon Kempin moments before.

The Timbers were underdogs in their next two playoff series against Vancouver Whitecaps and FC Dallas, but timely goal scoring and well organized defense saw them through both teams and set up their date with the Crew,

Portland’s MLS Cup victory was historic, but it isn’t the moment that stands out most in his mind. He cherishes the little things that led to the championship.

“Always when you when you look back at those moments you remember some details, things that probably are not on camera,” Valeri said. “Like being with with our family at the hotel the night before the game and being with Connie, with my daughter.

“Obviously, inside the locker room with our teammates, looking each other and knowing that it was a moment that probably change the story of our club, of our people, and of our team. So yeah, those moments, those faces, those little moments that are not recorded are in my mind more than others.”

Valeri is now enjoying the little things with his family in lockdown during the increasingly frustrating COVID-19 pandemic. He has developed a routine to keep himself in shape, stay connected with his coaches and teammates, and prepare to create more memories with the Timbers in 2020 whenever the season gets started again.