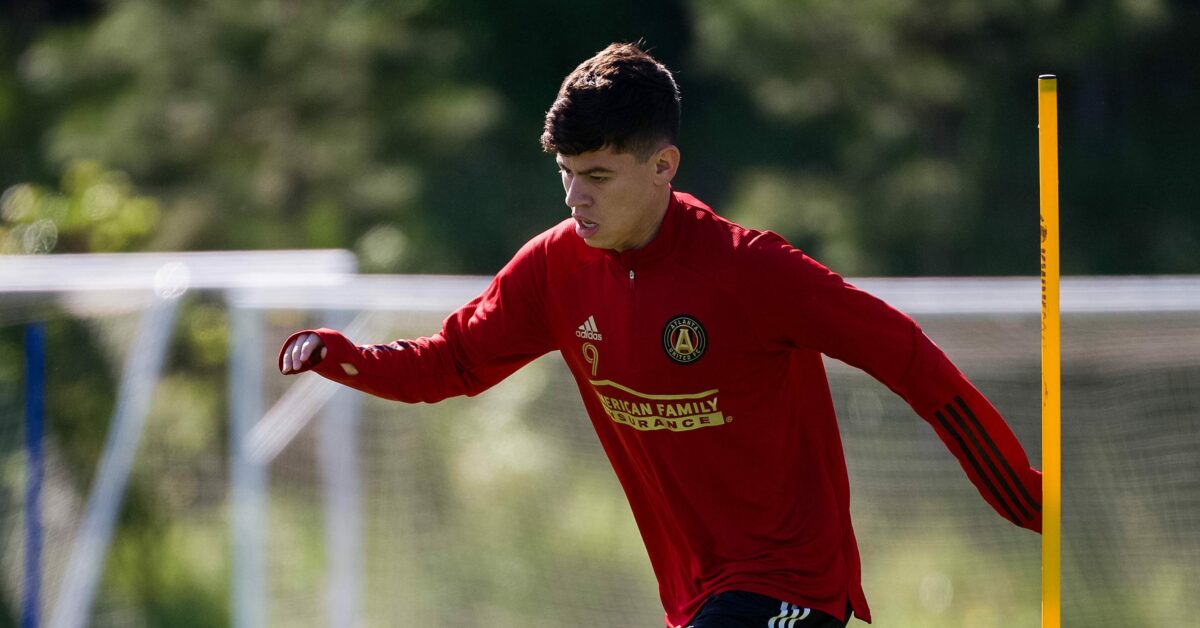 Four MLS clubs returned to individual training on Wednesday with several others expected to start this week.

With the COVID-19 pandemic continuing to force issues around the globe, a handful of MLS clubs got their first day of action back at respective training grounds in the United States. Sporting KC, Atlanta United, Orlando City, and Inter Miami all returned to training facilities and began training in hopes of a possible restart to the MLS season.

The 2020 MLS season was only two weeks in before COVID-19 forced league commissioner to postpone all upcoming matches. Close to two months since the last week of regular season action, teams will now aim to get back to full fitness in hopes of being back in stadiums this summer.

Here’s a closer look at each of the team’s who started training on Wednesday:

Peter Vermes’ side started the season unbeaten after a pair of wins over the Vancouver Whitecaps and Houston Dynamo respectively. Outscoring their opponents 7-1, the Western Conference club have been led by Alan Pulido and Gadi Kinda’s two goals apiece.

“It was awesome, it felt great,” defender Matt Besler told reporters in a conference call. “We haven’t had too much to look forward to, especially with soccer, so it was uplifting news to everyone. And much needed.”

“I had questions going in about going to a field as an individual, just how much I’d be able to get out of that workout. But I was blown away by how good it felt to be out on the field. It’s a good feeling. I think we all understand that getting back to games will be a process. … It’s a really good step that we made today.”

Atlanta United also returned to training on Wednesday at the Children’s Healthcare of Atlanta Training Ground.

Frank de Boer’s side picked up wins over Nashville SC and FC Cincinnati to open the 2020 MLS regular season, while also still remaining in the Concacaf Champions League quarterfinals.

“It definitely feels good to be out and doing something different,” Atlanta midfielder Jeff Larentowicz said. “We’ve just been riding bikes and working out at home so to be here with other players and see them working out across from you, it makes it easier to work hard.”

The boys are back in town ? pic.twitter.com/lKjaFay9Ny

Orlando City was the third team to return to training on Wednesday, with the full squad taking part at the club’s new training ground in Orlando.

The Lions picked up a point in their regular season opener against Real Salt Lake, but suffered its first loss in Week 2 to the Colorado Rapids.

“It’s very important and helps give us confidence to be back on the field,” Lions forward Nani said. “Obviously we have to respect the rules, but it’s nice to feel free again and touch the ball.”

New expansion side Inter Miami also returned to training on Wednesday at the club’s training complex.

Diego Alonso’s team failed to pick up a point in either of their first two games of the regular season, but showed positive signs in matches against LAFC and D.C. United. The club has also been reportedly linked to several other talented players for possible transfers to MLS.

“Today was a good step in the right direction and it felt good to be back,” Inter Miami goalkeeper and captain Luis Robles said. “It wasn’t like we stopped training, when the decision was made by the league we all received individual training regimens. It’s something new, but ultimately it allows us to train near each other and get ready for the season.”

In addition to these four teams beginning individual training, both the Portland Timbers and Houston Dynamo will kick off their schedules on Thursday at their respective facilities. More teams will continue to open their schedules should government guidelines allow.