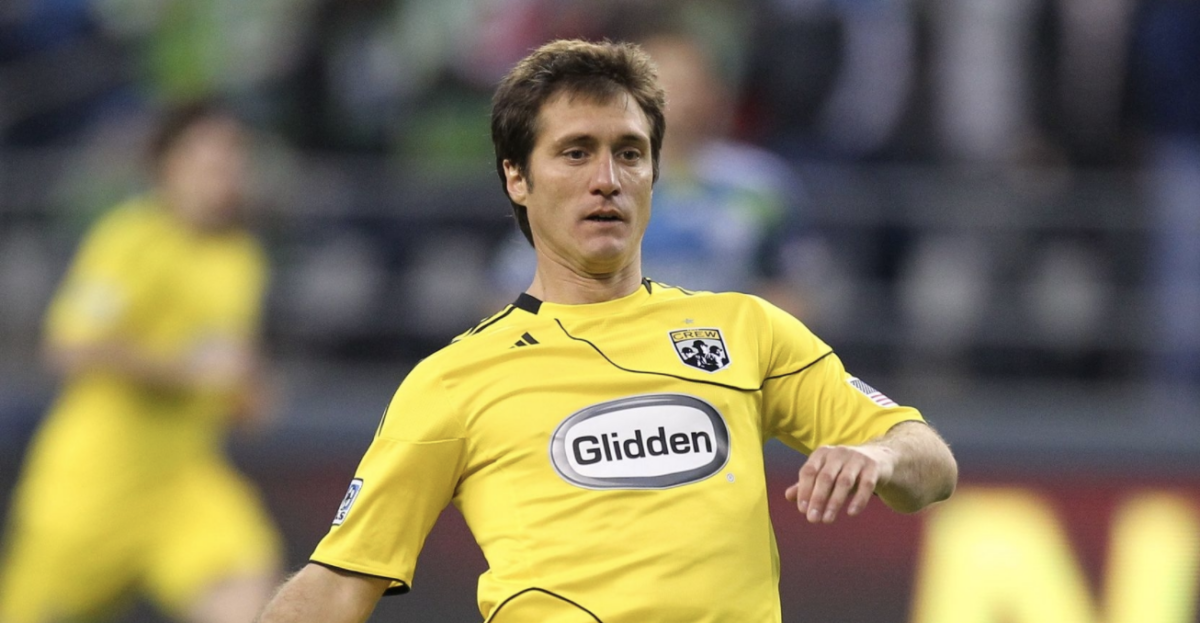 One of the original 10 teams from MLS’ very first season in 1996, The Columbus Crew’s 25-year history is woven with the heights of an MLS Cup Championship win, and the lows of previous ownership threatening to take the team from the city entirely.

Columbus fans take pride in their team being the first on American soil to boast a soccer-specific stadium, and were validated by the 2008 season where their years of frustration paid off with the team’s first and only MLS Cup.

Apart from the championship though, it took the team 12 years to find league success, and it’s now been 12 years since. Despite the lack of hardware, the historic club has seen some memorable eras with an array or players, and got long mileage with many from its inaugural roster.

The Crew’s history is dominated by some of the most skilled international players to pass through the league, namely a pair of Argentinian creators who helped make the Crew fun to watch. 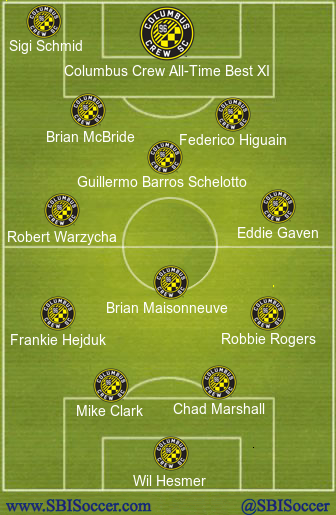 The Wake Forest product stood in goal during the team’s most successful era, earning the 2008 MLS Cup with the team and was there for two supporters shields. Today, Hesmer is still found atop the team’s lists of all-time saves, wins, and clean sheets.

Joining the team after a four-year stint with Bayer Leverkusen, Hejduk could be seen wearing the captain’s armband regularly for Columbus between 2003-2010. In his time with the team, he was a part of the 2008 Championship campaign, along with three supporters’ shields.

With nearly a decade of his 15-year MLS career being spent as a regular fixture in The Crew’s backline, Marshall is the first choice central defender in their greatest XI of all time thanks to his contributions from 2004-2013. Headlined by scoring the game-winning goal in 2008 MLS Cup campaign, he was also a part of three supporters shields en route to topping the club record for appearances with 277.

The first member from the team’s inaugural season in 1996 to be found on the list, Clark was a highly productive fourth-round draft selection for The Crew, staying on-board until 2003. To this day, his seven-year tenure with the team lands him second in all-time appearances. Regarding trophies, Clark was a part of the team’s very first, having helped win the 2002 U.S. Open Cup.

After heading to The Netherlands to begin his professional career, Rogers took a chance on himself by leaving Heerenveen in favor of earning more playing time in MLS. The bet paid dividends, as he was able to amass 13 goals for The Crew between 2007-2011, contributing six of those goals in the 2008 Championship season, primarily playing out of the back.

Another member of the team’s inaugural squad, Maisonneuve is one of the team’s most important players when you consider volume of work. The Crew lifer retired in 2004 after a 172-appearance tenure that was good for 23 goals and 37 assists as a holding midfielder.

Another member of the 2008 MLS Cup winning side, Gaven enjoyed an eight-year run with the Crew, playing more than 200 matches before retiring at the age of 27. Though he made his name initially as a teenage standout for the MetroStars, Gaven became a well-respected figure in Columbus for his skill and contributions to that Championship team. He finished his Crew career with 35 goals, none more memorable than his game-winner over the Chicago Fire in the 2008 Eastern Conference final.

Joining the team’s first-ever MLS roster after a 12-year European career, Warzycha found himself as a staple in the team’s early era. The Polish International would end up having a 160-appearance stay in Columbus that was good for 61 assists, a tally that stands as second-most all-time in club history.

The only man keeping Warzycha’s assists counting as the most of all-time is Higuain. After beginning his career in the River Plate academy, the Argentine found his way to The Crew in 2012, where he was the recipient of the league’s Newcomer of the Year award and left last season after 193 appearances, 55 goals, and 63 assists. While disappointed to have not won an MLS Cup in his time in Columbus, he did manage to help the team to three Eastern Conference finals in his time.

One of the shorter stints in Columbus to be found on the list, but Schelotto’s three-year era with The Crew was fruitful. Registering an assist in all three of the team’s goals in the 2008 MLS Cup win will land Schelotto as one of the more obvious selections on the list, but holistically, his efficiency would’ve held up without the big moments. With 33 goals and 41 assists in just 118 games, Schelotto’s case for being a Crew all-timer is an easy one.

Rounding out the team’s All-Time Best XI, the spot goes to one of the originals from 1996. McBride’s 62 goals sees him still hanging tough in second for all-time in team history, and third in assists with 45, McBride goes down as the most valuable member of the inaugural team, and one of the greatest talents the Crew has ever had.

The late American Soccer legend stands as the first and only person to lead The Crew to champion status. His first season with the team was rocky, evidenced by a 13-game winless streak in 2006. Making tough calls to scrap the roster and turn it into a winner in a year and a half will likely see Schmid regarded as the greatest coach in Columbus’ history for years to come.