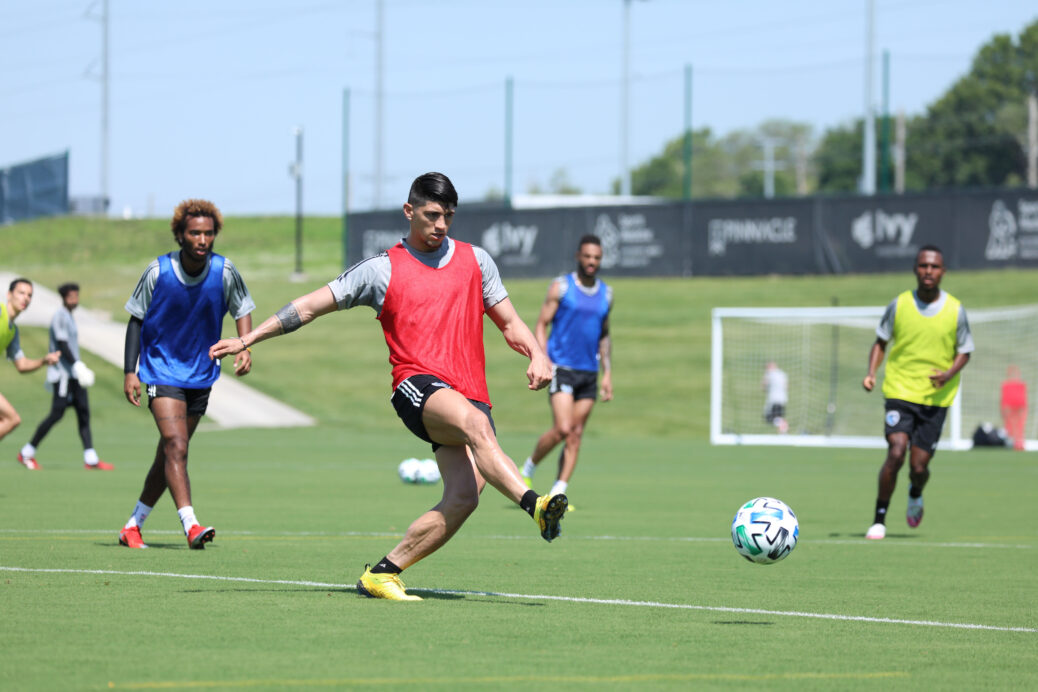 Major League Soccer teams took a major step toward returning to action as the first teams began full training following the MLS decision to lift its training moratorium on Friday.

“They have all the health and safety measures planned out very well over here,” said Atlanta United defender Miles Robinson. “It definitely seems safe.”

Teams are following a series of guidelines to ensure safety. Training rooms, gyms and fitness areas are restricted to five individuals at one time and must be thoroughly cleaned, sanitized, and disinfected according to MLS protocols following each session. All equipment and laundry are held to the same cleanliness standard, while communal water and hydration devices are strictly prohibited. Hand washing and disinfectant stations are considered required usage before and after training sessions.

Social distancing is enforced in the dressing room where lockers are spaced at least ten feet apart, and players are expected to keep their mask on before entering the pitch. Players and staff use designated parking spaces, while entering and departing the facilities at staggered time slots.

“We completely understand the restrictions and we supported that, but we wanted to get back to what we love to do,” said Graham Zusi, member of Sporting Kansas City and the USMNT. “Today was a big step towards that. It had a light at the end of the tunnel feeling.”

The clubs were required to meet strict criteria to return to full team training. Every player was mandated to complete a physical examination, two separate COVID-19 tests, and undergo an antibody test before practicing again. Players then needed to pass the physical and test negative in both COVID-19 tests.

“There’s a lack of timing in certain situations,” he conceded. “All in all, as practice went along the guys got better and better.”

Players are staff are mandated to continue testing every other day after returning, as well as conduct antibody tests every three months.

“It felt normal to finally be able to walk into the building and have a little bit of a schedule,” Zusi explained. “It’s been a long time coming.”

MLS is poised to return to play in July with all 26 teams meeting in Orlando, Florida to compete in a tournament format.